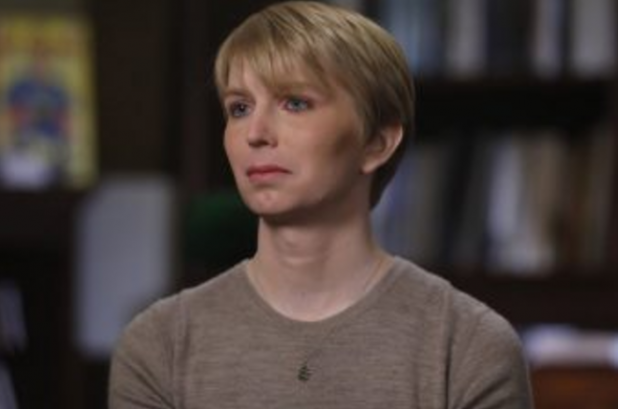 Chelsea Manning At Harvard: The Fear Of Veritas

Note: There was criticism of Harvard for attempting to silence Chelsea Manning and denying their students from hearing her views as well as kowtowing to CIA pressure. The Institute for Public Accuracy cited Jesselyn Radack, the director of the Whistleblower & Source Protection Program (WHISPeR) at ExposeFacts, who said  “It is ironic that Michael Morell, a former CIA leader involved in torture and drone killings, had a crisis of ‘conscience’ that prompted Harvard’s Kennedy School to withdraw its invitation to humanitarian Chelsea Manning. Harvard obviously offered Chelsea Manning a visiting fellowship because of the valuable contribution she could make, and revoked it under pressure from the CIA. So much for academic freedom.”

Former CIA agent John Kiriakou, who spent 23 months in prison after helping expose the CIA’s torture program said “Harvard should be ashamed of itself. Chelsea Manning exposed evidence of U.S. war crimes. Mike Morell was an instrumental player in the CIA’s torture, rendition, and secret prison programs. And the University casts its lot with the torturer. CIA officers with crimes against humanity in their pasts know they have a home at Harvard.” His most recent book is Doing Time Like A Spy: How the CIA Taught Me to Survive and Thrive in Prison.

World Beyond War issued a statement that U.S. military whistleblower Chelsea Manning will be a special guest on September 22 at the #NoWar2017: War and the Environment conference being held at the American University Katzen Art Center, Washington D.C. on September 22-24, 2017. See http://worldbeyondwar.org/nowar2017.  David Swanson wrote: “Following Harvard Kennedy School’s disgraceful caving into pressure from current and former CIA officials and canceling its invitation to Chelsea Manning to be a visiting fellow,” said World Beyond War director David Swanson, “it is all the more important that we show Manning our appreciation. We are honored that she will be a special guest at our upcoming conference.”

“I have an obligation to my conscience – and I believe to the country – to stand up against any efforts to justify leaks of sensitive national security information.” – Michael Morrell, former Deputy Director, CIA, Sep 14, 2017

Michael Morrell could barely stomach the revelation, which tormented him like indigestible gruel. Chelsea Manning was coming to Harvard’s Institute of Politics.

In a letter to Douglas Elmendorf, dean of the Kennedy School, Morrell, the former acting director of the Central Intelligence Agency, barely contained his disgust at the decision making Manning a visiting fellow.

In quitting his post at the Belfer Center for his scandalized conscience, one favourably attuned to drone warfare and torture, Morrell recycled and regurgitated the tried and untested themes that remain the staple of the secret state.

“Senior leaders have stated publicly that the leaks by Ms Manning put the lives of US soldiers at risk.”[2] (Even Morrell stops short of citing deaths or injuries.)

Morrell saw in Manning the efforts of a celebrity criminal on the road of justification.

“The Kennedy School’s decision will assist Ms Manning in her long standing effort to legitimize the criminal path that she took to prominence, an attempt that may encourage others to leak classified material as well”.

The last assertion is precisely the reason why Manning should be garlanded with floral tributes of acknowledgement on getting to the Kennedy School. Even President Barack Obama, whose administration proved crack addicted to prosecuting whistleblowers under the Espionage Act, had to concede as a presidential candidate that revealing abuses and corruptions were indispensable to the health of the republic.

Despite hardening on getting to the White House, Obama did issue an executive order and sign a law beefing up whistleblower protections in 2012. As ever, he preferred to keep the intelligence community in its traditional, singular nook, where officials remain squeamish about notions that a whistleblower might be anything better than a flag tarnishing traitor.

Obama did make one concession on Manning’s legacy in reducing her draconian 35-year old prison sentence, deeming it “very disproportionate relative to what other leakers had received.” Not exactly the sort of statement to expect for a person who had supposedly put US soldiers at such mortal risk.

The president, nevertheless, made it unquestionably clear that Manning was an example of gold standard deviance, what should not be done when advancing a cause.

“I feel very comfortable that justice has been served and that a message has still been sent.”

The Manning appointment cast an eager cat amongst very puzzle pigeons. Appearances were cancelled, notes sent more in sorry than anger. Current CIA director Mike Pompeo was certainly one of those explicit in describing Manning as an “American traitor,” a point he made to Harvard’s Rolf Mowatt-Larssen after cancelling a scheduled appearance at the university.

While it was not a decision taken “lightly,” the CIA director had made the miraculous discovery of having a conscience, a troubled one which “will not permit me to betray [CIA staff] by appearing to support Harvard’s decision with my appearance at tonight’s event.”[3]

Again, in robotic unison with other CIA officials past and present, Pompeo would assert that Manning’s actions, according to “many intelligence and military officials,” had “put the lives of the patriotic men and women at the CIA in danger.”

Even worse for Pompeo was that the Manning decision was something of a stab wound, cruel, indifferent to servicemen and women, not least of all the director himself, who had gotten a degree from that university.

“I am especially saddened because I hold a degree from Harvard Law School.”

Any academic institution worth its sacred salt ought to have a wide tent, suitably capacious, to accommodate the wounded, the tainted heroes, the credible deviants. If an institution appoints fellows from an organisation that overseas insurrections, disruptions and the occasional off-the-record killing, it would surely be appropriate to have that person’s counter, the whistleblower, the person who reveals, to provide some context. Patriotism, a refuge for the scoundrel that it is, affords space for the many.

Reading Pompeo’s letter reveals an exercise of acne-ridden disappointment, the pubescent whose voice is just breaking, a pain that the world of grey is far more evident in his circles than one of light and dark.

“The very motto of Harvard ‘Veritas’, truth, is a core principal [sic] of the agency I now lead. We deliver the truth to America’s leaders everyday.”

Touching that an agency specialising in mendacity, dissimulation and disinformation should be so dedicated to the holy verities.

One such salient verity is worth recounting, notably in terms of its whistleblowing legacy. Farcically bitter as this is, a former CIA employee was sentenced to 30 months in prison for revealing that waterboarding was deployed in the heyday of the “War on Terror”. It proved to be the very person who exposed its practice, rather than any perpetrator, whose identity had been unlawfully revealed. Presumably John Kiriakou would have such doors to academic fertilization and discussion closed, his mind forever caged by the law’s presumption that he had betrayed his country. Veritas indeed!

Manning’s role remains Socratic in its tragedy, remarkable in its endurance. Far better a fallen individual who has served time in actually breaching laws to expose crimes and misdemeanours, than counterfeit saints or pious servants revered by the choristers of patriotism.