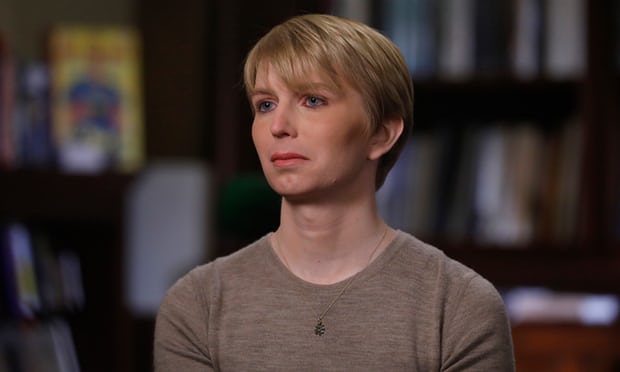 Above Photo:  The source said Elmendorf argued that Harvard had to ‘weigh’ what each visiting fellow ‘brought to the table’. Photograph: Heidi Gutman/Getty Images

Chelsea Manning, the former US soldier who leaked hundreds of thousands of state secrets and served seven years in military prison, abruptly terminated a phone call with the dean of the Harvard Kennedy school in an expression of her dismay at his decision to revoke her visiting fellowship in the face of severe pressure from the CIA.

Manning ended the conversation on Thursday as the dean, Douglas Elmendorf, tried to justify to her his decision to cancel the fellowship only a day after it had been announced. The dean had said he needed to talk to Manning “urgently” after CIA figures first raised their objection to Harvard offering the whistleblower a place among its 2017-18 visiting speaker program – raising the prospect that one of America’s most prestigious academic institutions had kowtowed to pressure from the intelligence services.

Manning’s invitation to address students of the school’s Institute of Politics was denounced by Mike Pompeo, the CIA director who cancelled an appearance at Harvard on Thursday, and by former deputy director of the agency Mike Morell, who resigned his own visiting fellowship in protest at what the two men described as the honoring of a “traitor”.

Details of the phone call were shared with the Guardian by a source who was present at the time of the conversation. Manning had just stepped off stage in San Francisco where she was receiving a global freedom of information award from the Electronic Frontier Foundation (EFF).

When Elmendorf reached Manning on the phone he sounded audibly nervous, the source said. He argued that Harvard had to “weigh” what each visiting fellow “brought to the table”.

A member of Manning’s support team challenged Elmendorf to explain why Harvard was so anxious about giving her the title of “visiting fellow” when in the same roster of this year’s fellows they had included Sean Spicer, Donald Trump’s former White House press secretary, and Trump’s former presidential campaign manager Corey Lewandowski, who was charged with assaulting a reporter during the 2016 race.

They noted what they suggested was the absurdity of honouring two prominent members of a presidential campaign notorious for its bending of the truth and controversial stances on race issues in America.

Elmendorf further alienated the Manning team by responding that Spicer and Lewandowski “brought something to the table” and could teach the Harvard audience something. That, for the recipients of the phone conversation, implied that the whistleblower by contrast had nothing to contribute.

Elmendorf’s decision to roll over just hours after the two CIA figures protested has put the dean in a tight corner. The Guardian asked Harvard for comment on the phone call but did not receive an immediate response.

On Friday, Elmendorf released a statement in which he apologized to Manning as well as to those who those who objected to her invitation, arguing that he had made a “mistake” by failing to appreciate that the title of visiting fellow was seen as an “honorific”.

On the key issue of academic freedom of expression, Elmendorf gave a contradictory argument. He said: “Any determination should start with the presumption that more speech is better than less. In retrospect, though, I think my assessment of that balance for Chelsea Manning was wrong.”

Manning was sentenced to 35 years in military prison for leaking up to 700,000 state documents including war logs from Afghanistan and Iraq and a video of a US Apache helicopter attack on civilians in Baghdad. She served seven years before having her sentence commuted by Barack Obama as one of his last acts in office.

In a tweet, Manning responded to Harvard’s pulling of her invitation to address students by likening it to a “military/police/intel state … the CIA determines what is and is not taught at Harvard”.

In his letter of resignation as a senior fellow at Harvard, Morell said that “senior leaders in our military have stated publicly that the leaks by Ms Manning put the lives of US soldiers at risk”. That was belied by the Pentagon’s own internal inquiry into the 2010 WikiLeaks disclosures that came from Manning that concluded that the leak had no strategic impact on the US war effort.

Elmendorf said that Harvard’s doors were still open to Manning who was welcome “to spend a day at the Kennedy school and speak”. Given the institution’s handling of affairs this week, the former soldier is unlikely to respond favorably.