Above: Chelsea Manning outside of Alexandria courthouse from the Washington Post, by Jahi Chikwendiu.

Note: On Friday, March 3, 2019, Chelsea Manning was incarcerated for refusing to testify before a grand jury in Alexandria, VA investigating Julian Assange. She will stay in jail until she agrees to testify or until the term of the grand jury ends. It is unknown when this grand jury began but grand jury terms can last up to 18 months.

Manning opposes the secrecy of grand juries as the lack of transparency can lead to government abuse. She said outside the courthouse, “These secret proceedings tend to favor the government, I’m always willing to explain things publicly.”

Manning has testified about the issues before the grand jury regarding how she provided documents to Wikileaks during her trial in military court. Manning was found guilty but her sentence was commuted by President Obama. We were part of the campaign to have Manning pardoned and sought her acquittal throughout the prosecution. Manning was prosecuted for making people aware of crimes committed by the US government. Today’s incarceration is part of continuing actions by the US government to persecute her for exposing the truth.

“Manning was sentenced to an unheard of 35 year sentence for giving information to the media. Throughout her confinement in a US military prison, Manning was continuously subjected to abusive and degrading treatment. When her sentence was finally commuted, after public mobilization, she had spent seven years behind bars. That is the longest amount of time that anyone has ever served for giving information to the media.”

In a social media tweet, Manning said she knew she was facing the possibility of incarceration but was going to stand on her principles and was ready to face the consequences.

Judges have wide discretion in forcing people to testify and the use of contempt to do so. Manning is a transparency activist who understands that secrecy benefits the government and allows for government abuse of power in the criminal justice process. The article below puts Manning’s refusal to testify in the context of the ongoing efforts of the government to prosecute editor and publisher, Julian Assange.

Manning is being jailed as part of the US government’s shameful efforts to erode press freedoms by seeking to build a case to prosecute an editor and publisher who has reported the truth about US war crimes as well as the actions of the State Department, Pentagon, CIA and actions at the Guantanamo Bay Prison, who Wikileaks reporting on thanks to Chelsea Manning exposing the truth. KZ 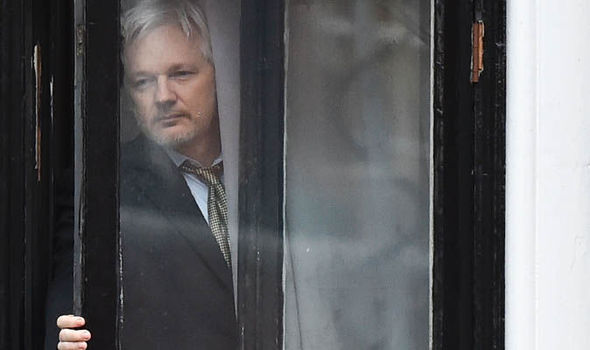 The Prosecution of Julian Assange

With Chelsea Manning recently subpoenaed as a witness in the secret Grand Jury against Assange, it is evident that almost ten years after the fact, the U.S. government still wants to jail Assange for publishing Manning’s leaks.  Manning has refused to testify against Julian, and now faces prison time for obstruction. However, this shows that Chelsea at least has integrity on his side.  The results of a full prosecution against Assange would be a great catastrophe for Free Press and Free Speech as well as human rights.  Setting a precedent for future journalism and its ability to tell the truth, it would slowly be the end of the First Amendment in America and the end of freedom and justice as well as honest news.

Many do not believe that the current administration would seek to prosecute Assange due to his exposing the Clintons, but it is happening right before our eyes. In an effort to silence Fake News against Trump, he is also silencing those who are independent and is openly attempting to set a precedent against truthful journalism by further promoting the prosecution against Assange. See Caitlin Johnstone’s quote below and here:

It’s more than that though. It’s the degradation of our liberty at stake here in the United States by allowing such an atrocity against a publisher to take place who has given up a good part of his life that we might know the facts.  Julian Assange is living in a torturous hell worse than prison because he has principles and won’t give in to the evil that our world is living in.  He won’t bow and he won’t break because of pressures from “Big Brother”  quoting from John Pilger’s article seen here.

The prosecution of Assange also sets another precedent in how future whistleblowers and leakers will be treated by an empire like the United States who intends to crush anyone who stands against it.  Pressure from the U.S. is the very reason that the UK refuses Assange safe passage and Ecuador has relentlessly enforced the silencing of Julian.  The Republic of the U.S. has become too powerful and too big and with the prosecution of Assange, it will become the oligarchy ruled by the elite and not by the people.

In regards to the prosecution of Assange, Hannah Jonasson aka @AssangeLegal posted the following tweets, ( I have taken those quotes and put them all together):

First of all, the document indicates that the indictment is in the Eastern District of Virginia (EDVA). This is where the WikiLeaks Grand Jury (Ref:10GJ3793) has been empanelled since 2010 in order to indict Assange over the publications that Chelsea Manning was convicted over.

The @WikiLeaks Grand Jury was headed at the time by Neil MacBride (who was also responsible for the prosecution of CIA whistleblower @JohnKiriakou). MacBride is an aggressive proponent of the extraterritorial application of US criminal jurisdiction. https://www.washingtonpost.com/world/national-security/in-vas-eastern-district-us-attorneys-reach-transcends-geographic-bounds/2012/12/15/a3f8f992-4625-11e2-9648-a2c323a991d6_story.html …

Working under MacBride was Zachary Terwilliger, at the time MacBride was leading the WikiLeaks Grand Jury relating to @xyschelsea’s case. Terwilliger’s signature is on the court document that revealed the sealed indictment against #Assange on Thursday. https://www.justice.gov/usao-edva/pr/attorney-general-appoints-zachary-terwilliger-interim-us-attorney …

Furthermore, the language used by Mike Pompeo, while still acting as CIA Director, in relation to WikiLeaks and it’s alleged source@xychelsea in his infamous “non-state hostile intelligence service” CSIS speech was missed or ommitted by many of those whom claim domain expertise.

In February 2012, WikiLeaks published emails from the “shadow CIA” private intelligence company Stratfor. Its vice president Fred Burton (who had previously had a senior US intelligence role) wrote in January 2011: “We have a sealed indictment for Assange” https://www.youtube.com/watch?v=KvpPATXyh5A …

It is evident from much evidence that the prosecution of Assange is not about emails given to Wikileaks regarding the DNC and Clinton pre-election but is about the Manning leaks and Cablegate.  The fact that Manning has been called to testify with immunity in the secret Grand Jury trial shows that this administration intends to “make the arrest of Assange a priority” as Jeff Sessions stated in Spring of 2017.  Why would they subpoena Chelsea so late in the game if the intent is not to extradite Assange and make an example of him?  Here is her statement:

“While reporting on the probe has largely focused on the nature of the still-sealed DOJ case, most reports have largely missed the fact that the marked increase in activity relating to the probe is directly related to the fact that Ecuador has, by all indications, agreed to rescind Assange’s asylum so that he may be extradited to the United States. As a consequence, the U.S. is moving forward with its case against Assange and WikiLeaks — which began nearly a decade ago in 2010 — now that it has received assurances that Assange’s extradition is a matter of when, not if.

Just days into 2019, the former president of Ecuador, Rafael Correa, who had originally granted Assange asylum in 2012, shared via Twitter a document showing that Ecuador’s current government, led by Lenín Moreno, was “auditing” Assange’s asylum as well as Assange’s Ecuadorian citizenship, which he had been granted in late 2017.”

Further in the article, it states the following:

Furthermore, a leaked U.S. Army manual on “Unconventional Warfare” published by WikiLeaks in 2008 noted that the IMF was considered by the U.S. government to be a “financial weapon” to be used in “unconventional warfare” scenarios. As MintPress News recently noted, the manual states that the U.S.’ “persuasive influence” over the IMF can be used by the U.S. military to create “financial incentives or disincentives to persuade adversaries, allies and surrogates to modify their behavior at the theater strategic, operational, and tactical levels,” with such unconventional warfare campaigns highly coordinated with the State Department and the intelligence community.

It is also worth pointing out that Ecuador has been threatened with the financial might of the United States for much more minor issues than Assange’s status, despite its return to Washington’s “good graces” under Moreno’s leadership.”

The fact that several of Trump’s administration has spoken with Ecuador leaders about the Assange situation only shows that the intent to destroy Assange has escalated.  As more and more people board the train to support Julian and Wikileaks, it seems the more the U.S. government ups its ante.  To see how the administration has silenced Assange see my article Proof Trump’s Administration is Guilty of Silencing Assange.

Will we, the human race, continue to allow our rights and liberties to be destroyed?  Will we stand and watch them “shoot the messenger”?  Or will we stand together and fight the tragedy being played out before us as though it were just a movie plot?  I ask you this and plead with you to stand up for this man who stood for truth and justice and since has been tortured and illegally detained.

I also ask Trump supporters to contact him and question why he has done nothing for this man while he has taken the oath to protect and uphold the U.S. Constitution which protects freedom of speech and press.

Please don’t delay your letters and calls to elected officials as this man’s health is deteriorating before our very eyes.  Don’t be passive! Don’t let your own comfort put his blood on your hands.