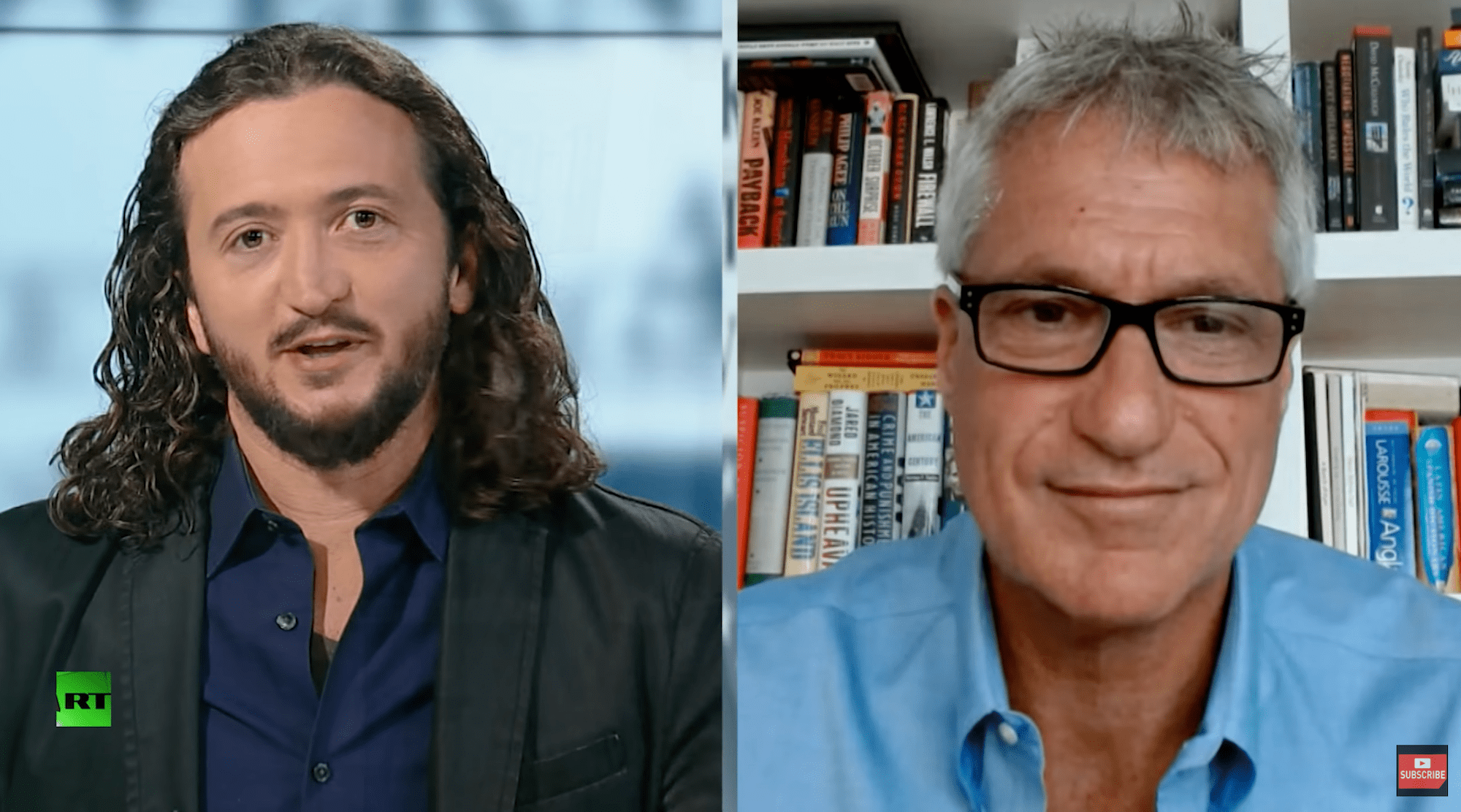 “I’m being prosecuted by a Chevron law firm that has locked me up, deprived me of my liberty,” Donziger says.

Human rights attorney Steven Donziger has now been under house arrest in his New York City apartment for two years. The reason for his detainment, as Lee Camp puts it in this clip from “Redacted Tonight,” is that Donziger made it his business to hold Chevron accountable for how the Big Oil megacorp “harmed, sickened and killed tens of thousands in Ecuador” and tried to avoid paying “billions of dollars” in restitutions.

Donziger’s battle against American oil companies and on behalf of indigenous communities and farmers in Ecuador spans nearly three decades. He was part of an international legal team that represented indigenous groups in Northern Ecuador where, as he tells Camp, from the 1960s to the ’90s Texaco (now Chevron) deliberately “dumped billions of gallons of cancer-causing toxic waste” into local waterways, costing thousands of people their health, livelihood—even their lives.

Though in 2011 the lawsuit culminated in a historic $9.5 billion pollution judgment, Chevron brass subsequently focused on going after Donziger rather than paying the fee. In late July, he was hit with a six counts of criminal contempt, a conviction stemming in part from his refusal to turn over his computer and other devices, which he fought last month with a request for a new trial. His ongoing pre-trial detainment for a misdemeanor offense is unprecedented for any person without a prior criminal record in federal court. (Click here to watch Chris Hedges’ interview with Donziger, and listen to Robert Scheer’s “Scheer Intelligence” podcast episode with Donziger here.)

“So, I’m being prosecuted by a Chevron law firm that has locked me up, deprived me of my liberty,” Donziger says . “I later found out that a prosecutor from the law firm who’s benefiting from her relationship to Chevron, Rita Glavin”—who, as Reuters notes, is also defending former New York Gov. Andrew Cuomo as he faces multiple accusations of sexual harassment—”was using the FBI for various meetings with other Chevron lawyers who supposedly were the witnesses against me,” he says. “It’s totally unheard of.”

Donziger’s plight has sparked concern and drawn criticism from around the globe, as the embattled lawyer himself noted Tuesday afternoon on his Twitter feed:

68 Nobel laureates recently demanded the DOJ dismiss @Chevron's contempt prosecution and release me from 2 years of home detention. Corporate prosecutions are illegal in the U.S. or any rule-of-law country.

But as Donziger pointed out earlier that day on his Twitter feed, it’s not always easy to find accurate information about his case online:

Below is from a Tik Tok about the case. pic.twitter.com/L9SlZUf9eD

Donziger brings viewers up to date, and fills in those parts of his story that might not pop right up in a Google search, in his discussion with Camp.