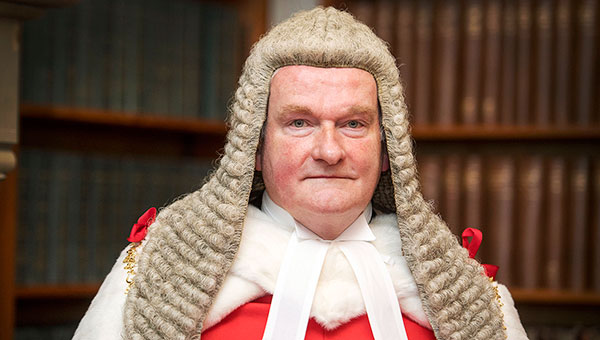 The most senior judge in England and Wales, who let activist Lori Love evade extradition to the U.S. on humanitarian grounds, will join Lord Justice Timothy Holroyde at the U.S. appeal hearing against Julian Assange next week.

Ian Duncan Burnett, the most powerful judge in England and Wales, will join Lord Justice Timothy Holroyde on the bench next week for the two-day U.S. appeal in the extradition case of WikiLeaks publisher Julian Assange at the High Court in London, according to a spokesman at the Royal Courts of Justice.

Burnett, known as Baron Burnett of Maldon, was the High Court justice who on humanitarian grounds overturned a lower court ruling that British activist Lauri Love should be extradited to the United States.  Burnett ruled in February 2018 that Love’s extradition would be “oppressive by reason of his physical and mental condition.”

Burnett and Mr. Justice Duncan Ouseley said in their decision that, “We accept that the evidence shows that the fact of extradition would bring on severe depression, and that Mr. Love would probably be determined to commit suicide, here or in America.”

Instead they recommended that Love be tried in the United Kingdom on charges of hacking into U.S. government computers.  Unlike Love, Assange is accused of no crimes in Britain. But like Love, he has been deemed (by the magistrate’s court) at high risk of suicide if he were to be extradited to the United States.

The U.S. is appealing the lower court’s decision not to extradite Assange to the U.S. based on his propensity for suicide. The U.S. is arguing that Assange is not too sick to be sent to the U.S. and that he is a malingerer.

Holroyde is the High Court judge who on Aug. 11 reversed an earlier High Court order limiting the U.S. from appealing Assange’s medical issues. Holroyde was originally to sit with Dame Judith Farbey, according to the Ministry of Justice.

Burnett has presided over some of the most high profile cases in Britain in recent years, including the 1987 Kings Cross fire, the inquiry into the convictions of the Guildford Four and Maguire Seven, the 1997 Southall rail crash and 1999 Ladbroke Grove rail crash inquiries and the 1997 inquest into the deaths of Diana, Princess of Wales, and Dodi Fayed.