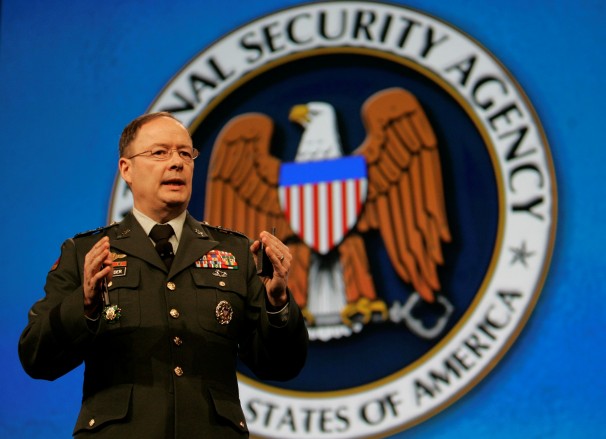 Chief justice of the U.S. is a pretty big job. You lead the Supreme Court conferences where cases are discussed and voted on. You preside over oral arguments. When in the majority, you decide who writes the opinion. You get a cool robe that you can decorate with gold stripes.

Oh, and one more thing: You have exclusive, unaccountable, lifetime power to shape the surveillance state.

To use its surveillance powers — tapping phones or reading e-mails — the federal government must ask permission of the court set up by the Foreign Intelligence Surveillance Act. A FISA judge can deny the request or force the government to limit the scope of its investigation. It’s the only plausible check in the system. Whether it actually checks government surveillance power or acts as a rubber stamp is up to whichever FISA judge presides that day.

The 11 FISA judges, chosen from throughout the federal bench for seven-year terms, are all appointed by the chief justice. In fact, every FISA judge currently serving was appointed by Chief Justice John Roberts, who will continue making such appointments until he retires or dies. FISA judges don’t need confirmation — by Congress or anyone else.

No other part of U.S. law works this way. The chief justice can’t choose the judges who rule on health law, or preside over labor cases, or decide software patents. But when it comes to surveillance, the composition of the bench is entirely in his hands and so, as a result, is the extent to which the National Security Agency and the Federal Bureau of Investigation can spy on citizens.

“It really is up to these FISA judges to decide what the law means and what the NSA and FBI gets to do,” said Julian Sanchez, a privacy scholar at the Cato Institute. “So Roberts is single handedly choosing the people who get to decide how much surveillance we’re subject to.”

There’s little evidence that this is a power Roberts particularly wants. Tom Clancy, a professor at the University of Mississippi School of Law, has analyzed Roberts’s record on surveillance issues and been impressed mostly by how little interest in them Roberts displays. The chief justice doesn’t push the Supreme Court to take cases related to surveillance powers, and when such cases do come up, he tends to let another justice write the opinion. “He does not have much of a record in this area at all,” Clancy said.

To the degree Roberts’s views can be divined, he leans toward giving the government the authority it says it needs. “He’s been very state oriented,” Clancy said. “He’s done very little writing in the area, but to the extent he has, almost without exception, he’s come down in favor of the police.”

Roberts’s nominations to the FISA court are almost exclusively Republican. One of his first appointees, for instance, was Federal District Judge Roger Vinson of Florida, who not only struck down the Affordable Care Act’s individual mandate, but struck down the rest of the law, too. (The Supreme Court disagreed.) Vinson’s term expired in May, but the partisan tilt on the court continues: Only one of the 11 members is a Democrat.

Critics contend the FISA court is too compromised to conduct genuine oversight. It meets in secret, and the presiding judge hears only the government’s argument before issuing a decision that can’t be appealed or even reviewed by the public. “Like any other group that meets in secret behind closed doors with only one constituency appearing before them, they’re subject to capture and bias,” said Elizabeth Goitein, co-director of the Brennan Center for Justice’s Liberty and National Security Program.

A Reuters investigation found that from 2001 to 2012, FISA judges approved 20,909 surveillance and property search warrants while rejecting only 10. Almost 1,000 of the approved requests required modification, and 26 were withdrawn by the government before a ruling. That’s a startling win rate for the government.

Perhaps the federal government is simply very judicious in invoking its surveillance authority. But it’s also possible that empowering the chief justice — especially one with an expansive view of state police powers — to appoint every FISA judge has led to a tilted court. That’s probable even if the chief justice has been conscientious in his selections.

The FISA court is composed of federal judges. All are appointed by the same man. All but one hail from the same political party. And unlike judges in normal courts, FISA judges don’t hear opposing testimony or feel pressure from colleagues or the public to moderate their rulings. Under these circumstances, group polarization is almost a certainty. “There’s the real possibility that these judges become more extreme over time, even when they had only a mild bias to begin with,” Cato’s Sanchez said.

Just as the likelihood of polarization in the FISA court is more pronounced than in normal courts, the stakes are also higher. If trial judges are unduly biased, their rulings can be overturned on appeal. But FISA judges decide the momentous questions of who the government may spy on and how. Their power is awesome, and their word is final. And, as the great legal scholar Kanye West said, no one man should have all that power.

Ezra Klein is a Bloomberg View columnist and blogs at the Washington Post.

To contact the writer on this article: Ezra Klein in Washington at wonkbook@gmail.com.