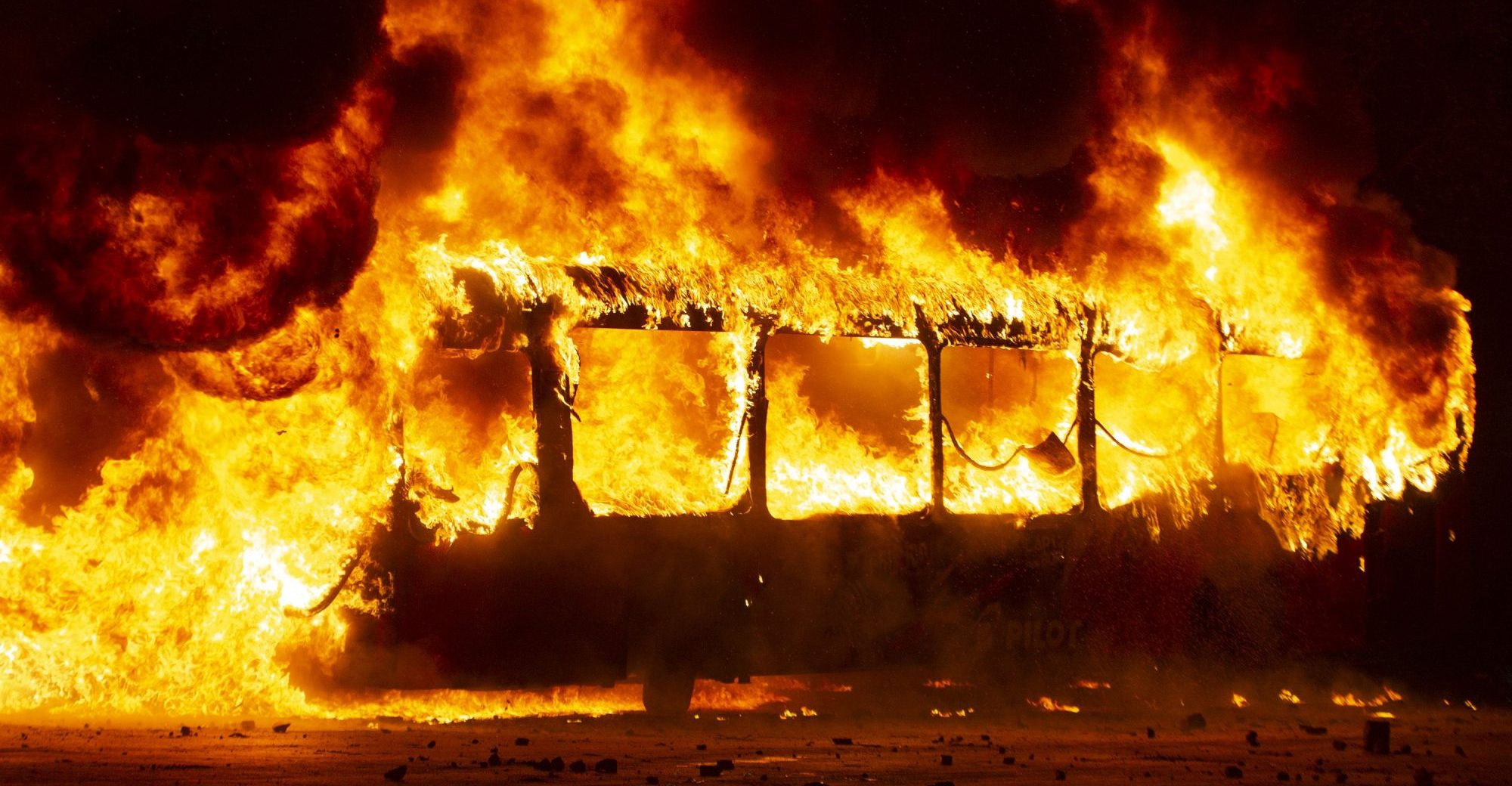 Chile And Its Night Of Witches

The Spontaneous Burning of the Neoliberal Model

Perhaps October 18 will be recorded as a moment of popular uprising. Or perhaps it will be followed by other moments of greater intensity. But without a doubt, from this day on, something changed in Chile. The neoliberal model, today administered by Sebastián Piñera but loved from Ricardo Lagos to Michelle Bachelet, is mortally wounded.

The president’s declaration of a state of emergency, which empowers the army to restore order in Santiago, does not solve the problem but only aggravates it.

It is no coincidence that a little more than a week after the end of the protests in Ecuador, which forced Lenín Moreno to step back on the rise in fuel prices, Santiago de Chile is experiencing similar incidents and demonstrations.

The increase in the rates of the metropolitan railroad of Santiago triggered an escalation of protests that on Friday night reached an extent and intensity not observed during the post-dictatorship period. In both cases, there is a common thread: the market model and increases as the drop that overflows a glass filled with patience.

Act One: Protests began earlier this week by high school students organized through social networks to assault the Metro gates. With the passage of hours and days, these actions spread throughout all the stations of the railway network. The resounding success of the actions, which enjoyed positive feedback at great speed, spontaneously expanded the actions that were reproduced in intensity and frequency.

Act Two opened with the increasingly brutal intervention of the police and the usual violence of special forces. And from here on, everything collapses. At first, there were students in a process of civil disobedience. By Friday, the riots had escalated to barricades in the streets, destruction of escalators, burning of buses, police vehicles, urban dumpsters and Metro stations.

During the night, Enel’s building burned down, an expression of the true nature of the protest. It’s not just the subway fares. It is a system based on what David Harvey calls accumulation by dispossession. Every Chilean feels that large corporations defraud them a little every day. A theft that has lasted for decades, from service fees, usurious credits, transportation, miserable private pensions, or profits in education and health.

In a few hours, indignation has precipitated. This Friday, a country that had seemed orderly and submissive last weekend, has exploded with anger, rage accumulated by generations and passed on to teenagers, as a decantation of the frustrations of their parents, siblings and grandparents.

Politicians from the Chile Vamos alliance have rebuked young people for protesting without a cause of their own as they enjoy reduced school fees. The response has not been long in coming. It is an expression of a social pain accumulated throughout the long history of Chilean neoliberalism.

At the beginning of the first decade of the century, during the government of Ricardo Lagos, another generation of secondary schoolchildren appealed to him because of the current school system imposed by the dictatorship. A first warning, reminiscent of the first time, was the Chilean model, then represented as the great paradigm of economic growth and the apparatus of social ascent.

Years later, another generation of teenagers moved the compass of the elites once again. More than one was being excluded from the scene. That was the revolution of the Pìngüinos that years later, during the first government of Sebastián Piñera at the beginning of the present decade, resumed with new demands the university movement. In Chile, as in other great movements, it has been the students who have pushed history.

The incidents of Friday, October 18, have been the most intense, spontaneous and widespread of the entire post-dictatorship transition. The call for a casserole made on social networks at 18:00 received a massive response at all Metro stations at 20:30. Tens of thousands of people, the great majority without organization or known militancy, spent hours beating pots and pans in pickets that stopped the traffic.

In the face of this uprising, which has surprised the country because it has neither organization nor known collective behind it, the government reacts to threats. Since the beginning of the week, there has been an increase in the police presence in the Metro stations and in the methods of control. This Friday, videos of students injured by bullets or pellets appeared on Twitter.

Since Wednesday, Piñera left the scene. On Friday, when the situation was more difficult for the police to control, Interior Minister Andrés Chadwick, a Pinochetist who tries hard not to look like it, had a press conference in a courtyard in La Moneda to announce that the government invoked the law of state security, which increases penalties for those who disturb public order.

In less than five minutes and without answering questions, Chadwick dispatched what was already intuited: the government’s only strategy is repression and it is not considering a revision of tariff increases. However, it is a useless communication strategy. At that time, the Metro network was closed, millions of Santiago residents were trying to find a way home, and the police were totally overwhelmed by the intensity of the protests, the thousands of pickets, the fires spread throughout the city and its neighbourhoods.

A recount carried out early Saturday by the military forces established that last night there were more than 300 detainees, hundreds of injured, dozens of vehicles burned, a score of Metro stations destroyed, looting.

The number of people seriously wounded by bullets from police service weapons, beaten, arrested, imprisoned, has not yet been calculated. Police Special Forces threw a mixture of tear gas and irritants of unknown origin, when the pots and pans still resounded along with the cries against bad government in countless districts of the Metropolitan region.

Piñera is the wedding duck of a long process involving the entire political class, because post-dictatorship policies make no distinction between third way social democrats, neoliberals and pinochetists. At this moment, citizen indignation does not differentiate between the police, the government and the entire political class, responsible for all causes and effects.

Translation by Internationalist 360°.  This article originally appeared in NODAL.

Paul Walder is a Chilean journalist, writer, and director of the portal Politika. He is a collaborator with Centro Latinoamericano de Análisis Estratégico (CLAE, estrategia.la).