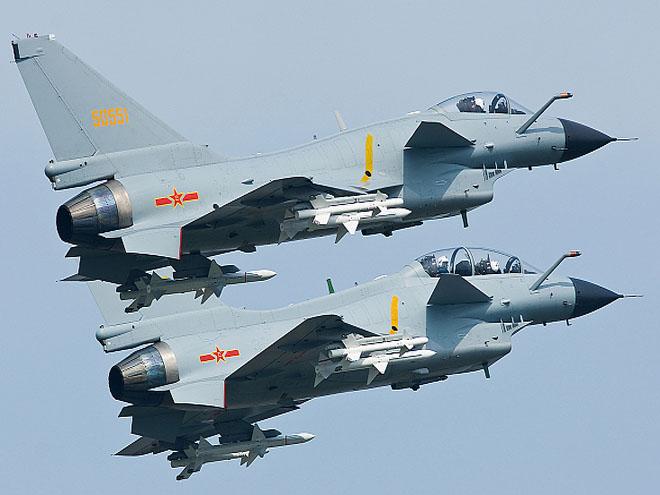 “In almost all games of chicken, each side underestimates the other’s will to risk disaster rather than accept humiliation. This could end quite badly.” –journalist, analyst Gwynne Dyer

According to government officials in Beijing, the Chinese on Friday scarmbled fighter jets over the East China Sea in order to assess and monitor the presence of US and Japanese military aircraft flying inside airspace that both China and Japan now claim as their own.

Tensions over what China has declared as an “air defense zone” have dramatically increased in the last several days with some worried that a stand-off that pits the rising power of the Chinese military against a Japanese-US alliance could escalate with unknown consequences.

As the New York Times reports:

China scrambled jets on Friday and identified two American surveillance planes and 10 Japanese aircraft in its newly declared air defense zone, the Chinese state news media said. The scrambling of the jets to find foreign aircraft was the first move announced by China showing that it was enforcing the zone, which it established last weekend.

Although there was no indication that China’s Air Force showed any hostile intent, the move ratcheted up tensions in a long-simmering dispute between Japan and China that could lead to a military miscalculation that some fear could spiral out of control. The United States, which is bound by treaty to defend Japan if it is attacked, directly entered the fray this week by sending unarmed B-52s into the contested airspace, defying Chinese demands that all aircraft notify the Chinese they were coming in advance or face military action.

The dispute between China and Japan centers on uninhabited islands in the East China Sea. The new air defense zone includes airspace above the islands. Analysts believe that China’s intent in declaring control was not to force conflict, but to begin to show that it had as much claim to the islands as Japan, which has long administered them.

And the Guardian adds:

While such zones are common, China’s is controversial because it includes the skies over islands known as the Senkaku in Japan and Diaoyu in China, which are the subject of a long-running territorial dispute, and overlaps zones established by Japan and South Korea. There has also been concern over China’s warning that it would take unspecified “emergency defensive measures” if aircraft did not comply.

Taylor Fravel, an expert on regional security at the Massachusetts Institute of Technology, said establishment of the zone increased the potential for an incident in the air that could spark a larger crisis. But he said tensions might ease if China continued to clarify the nature of the zone and how it intended to deal with unidentified aircraft, especially those flying through the zone but not heading toward China.

“China has always chafed at Japan’s adiz [air defence identification zone], which at some points is less than 150km from China … China probably wants to level the playing field with Japan and increase the pressure on Tokyo regarding the disputed islands,” he said.

Japan does not acknowledge that ownership of the islands is disputed. The US does not have a position on their sovereignty but recognises Japan’s administrative control and has said they are covered by the joint security pact.

Many analysts think China is laying down a long-term marker, but did not anticipate the forceful response it has received from the US as well as Japan.

The Senkaku/Diaoyu Islands are not worth a war, or even a single ship or aircraft. They are uninhabited, and their alleged connection with the seabed rights to a natural gas field around 300 km. (200 miles away) is extremely tenuous. This move is a deliberate escalation of an existing dispute, made with the intention of forcing the other side to back down and lose face.

It’s quite common in games of chicken to block off your own escape routes from the confrontation, in order to show that you are not bluffing. And in almost all games of chicken, each side underestimates the other’s will to risk disaster rather than accept humiliation. This could end quite badly.