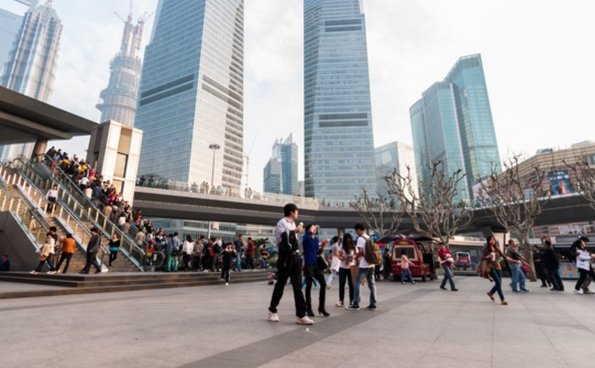 China’s two main stock markets, the Shanghai and the Shenzhen Exchanges, plunged more than 30% in recent weeks from their previous record highs of June 12. The Shanghai dropped 30%, and the tech-stock heavy Shenzhen by 37%. That’s the steepest stock decline in China since 1992.

The markets briefly stabilized on July 9. But the question remains, will they continue their free fall again, as they had after several previous brief stabilization efforts since June 12? And what does it mean for China if they do? Or for the global economy in turn, given that China’s economy is at least as large as the USA’s and, by some measures, now larger?  If the collapse resumes, does it signal the start of another global financial crisis?

If the China stock market rout continues, it may likely spillover to China’s real economy and slow it still more than it has already.  The contagion could spread to other financial markets in China—housing, local government debt, bonds and loans for industrial companies, all of which have recently continued to struggle with excess debt, speculation, and bubbles.

The loss of $4 trillion in wealth so far will undoubtedly have an effect on consumer spending that China’s new economic reforms program is counting so heavily on to lead economic growth in the near term. The collapse of stock prices will discourage private sector investment as well.

What about contagion beyond to global financial markets—i.e. stock markets in Hong Kong, elsewhere in Asia, in the USA, global commodity prices, or on world oil prices which are falling once again below $60 a barrel, as well as all those unknown and unreported derivatives markets worldwide whose transactions are conveniently hidden and contributed so much to instability last time around in 2008?

The 30% to 37% recent fall in the Shanghai-Shenzhen market indexes in recent weeks may not appear that serious. But it is. A 150% bubble in just one year is not ‘normal’. Almost certainly, the 30%-37% decline has still further to go.  The decline is important not only because of the magnitude of the price contraction so far.

It’s important because a long list of government measures to try to stem the collapse in stocks since mid-June have mostly failed so far. And if China authorities can’t stabilize the situation, then it certainly will have an impact on China’s real economy, as well subsequently on the global financial system.

Measures to Stem the Price Collapse

To stem the recent stock freefall, measures have been introduced by China’s central bank to cut interest rates so banks can lend out more money to investors in order to buy more stocks. Buying more would, in theory, raise the demand for stocks and thus their price. The hope is that would stop the stock price declines. Reportedly the central bank of China has been printing money to fund and rollover loans for investors to buy stocks.  Sounds like just QE (quantitative easing) by another name.

Another recent measure has been to order state pension funds and China’s own Sovereign Wealth Fund to buy stocks. Another, to allow people to use real estate to borrow money to buy stocks. Companies have also been encouraged to buy back their stocks and State owned enterprises have been ordered to buy stocks of their subsidiaries.

Not least, China’s central bank began providing special loans to stock brokerage companies to buy more stock. Fees for trading stocks have also been reduced to encourage stock buying instead of selling.  That’s just a short list of the more notable recent measures. But don’t measures designed to increase buying of more stocks create the very same problem of too much buying in the first place?  Definitely, in the longer run.

And maybe even sooner. In the short run, however, the measures to stimulate more stock purchases are designed to offset the deeper problem of what is called ‘margin buying’ that underlies the current price collapse. Margin buying has been rampant during the past year, in fact quintupling in just one year. Margin buying is essentially buying based on debt. Money is borrowed to buy more stock based on the collateral value of the previously bought stock. This works so long as stock prices keep rising. But once they begin to fall, and if they fall below the original purchase price, then ‘margin calls’ require buyers to put up more money. That’s real money this time, not borrowed money.

But since the same investors didn’t have to use their own real money but borrowed it in the first place, the same investors must then sell stock to cover the margin. But when everyone sells, instead of buying, prices collapse. And that’s what has happened since mid-June. The big question is whether it will continue?

And if it does, what happens next? Can pumping still more money into the economy to buy stocks offset the panic and urge to sell by investors? Will still more quantity of money injected into the markets really prove sufficient to offset the ‘fear factor’ of investors, as they try to salvage what they can, to take their money and run?

Maybe not if those investors are mostly what are called ‘retail’ buyers—i.e. individuals rather than institutions—who are notoriously prone to herd mentality both in buying and selling stocks. And China’s stock buyers are reportedly 85% retail. So that’s a big problem, because once they panic, as they now have, measures to offset selling by encouraging more buying may not work very well. Indeed, may not work at all.

Once it replaces ‘greed’, ‘fear’ of loss is a psychological mindset among retail investors that is difficult to turn around again. That’s why China has also undertaken parallel measures to halt the selling of shares in the markets as well induce more buying.  It has suspended sales of Initial Public Offerings (IPOs) for companies selling shares for the first time.

It has taken action to check speculators, domestic and foreign finance capitalists, and stop them from ‘shorting’ stock prices, i.e. betting stock prices will decline which in effect only drives prices still lower. Another ‘stop-sell’ measure was announced by the China Securities Regulatory Commission, CSRA, on July 8. It ordered that holders of more than 5% of a company’s stock were henceforth barred from selling shares for the next six months.

The government has also ordered more than 1500 companies on the China stock exchanges to suspend all selling of their stocks. Estimates are that between 50% to 70% of the China stock markets are thus ‘frozen’, with the majority of the companies prevented from trading their shares. So the precipitous decline in stock prices in recent weeks reflects maybe only a third of the companies at this point.

The freezing of stock trading has its further consequences. Investors in the future are going to be reluctant to buy stocks that may be frozen again.  More immediately, what happens if the one-third of unfrozen prices continue to fall, and then the other two thirds, now frozen, are then allowed to trade again?

An even bigger stock price collapse happens, that’s what. In other words, measures to encourage buying and discourage selling are temporary at best, and could fail at any time in the face of growing ‘panic’ and fear selling. Such measures may also exacerbate the problem even if they temporarily suspend it.

Contagion Effects—in China and Beyond China’s stock bubble is much larger and more threatening than China’s previous housing bubble, local government infrastructure investment bubble, and industrial corporate debt bubbles. The risk, moreover, is that the stock bubble may feedback and reignite further financial asset price collapse in these still unstable markets. And that the general financial instability in turn will negatively impact the real economy in China—and then spread to other financial markets elsewhere globally. By injecting still more liquidity as a solution to the stock bubble, China is in effect ‘doubling down’ on its money liquidity approach to the problem.

It is engaging in de facto QE. It is attempting to apply a solution that created the problem in the first place—i.e. too much liquidity and debt. It is introducing a de facto QE solution, even when recent Eurozone and Japan QE programs reveal that QE programs are a colossal failure in stimulating the real economy.

They are in fact programs designed to generate financial bubbles, not reduce them. There are already some signs of the contagion effects growing from China’s current stock market implosion. Prices for global commodities are plummeting once again, including oil, copper, iron and other industrial materials in general.

This is in part due to the falling prices contagion effect on financial markets outside China. But it is also a reflection of concern that China’s real economy may slow still further in the wake of the current financial instability.  Stock markets elsewhere in Asia have also declined in tandem with China’s, especially in Hong Kong, Taiwan, southeast Asia, and even Japan. Claims in the west that China is effectively ‘sealed off’ from US financial markets is pure nonsense.

A renewed collapse of tech stock prices on China’s tech-heavy Shenzhen stock market will almost certainly result in an effect on US tech stock prices as well. And there are real economic contagion effects as well as financial. As money capital flows from China back to the US and the west, it will drive up the US dollar. That will further limit US exports, which are already contributing negatively to US GDP. China also buys about $100 billion a year in US exports. But as China consumption contracts due to the stock collapse, fewer US exports will be purchased, thus slowing the US economy still further.

The same applies to China purchases of European exports, as Europe struggles to get its faltering economic engine going. Furthermore, as the US dollar rises, the global price of oil tends also to decline. Tens of thousands workers are already being laid off from work in the US oil-shale sector and business spending there is plummeting, further slowing US growth. Emerging market economies—Russia, Nigeria, Indonesia, Venezuela—all highly dependent on oil exports, will slow economically further as well. Emerging market economies like Brazil, Peru, South Africa will experience still slower growth and more financial instability as their exports of commodities and other goods to China slow and as their ability to finance imports declines in turn.

In short, what goes on in China reverberates financially, and economically, throughout the world. And there is no reason to believe that a 150% escalation in China stock prices will stop at a 30% correction that has occurred to date.  There might be a short halt to the decline—as there has been three times since it began. But it is almost certain to resume. How serious an impact it will have on the global economy will depend a great deal on what contagion effects occur, first within China itself and then beyond to the global economy.

What happens in China may also coincide with contagion effects in Europe from a potential Greek exit.  And if the two developments turn out worse than anticipated, global investors everywhere may just decide to pocket their super profits from financial asset speculation to date and run. That will signal a 2008-09 financial event is imminent once again. Only this time it could prove worse.

Central banks have shot all their monetary bullets to bail out their private sector bank and investor friends. The next bank bailout will mean bank depositors will be asked to pay the bank bailout bill. That means taking your bank savings and giving you worthless bank stock in return. It’s called ‘bail ins’, instead of bail-outs. If that happens, better take your money and run as well.