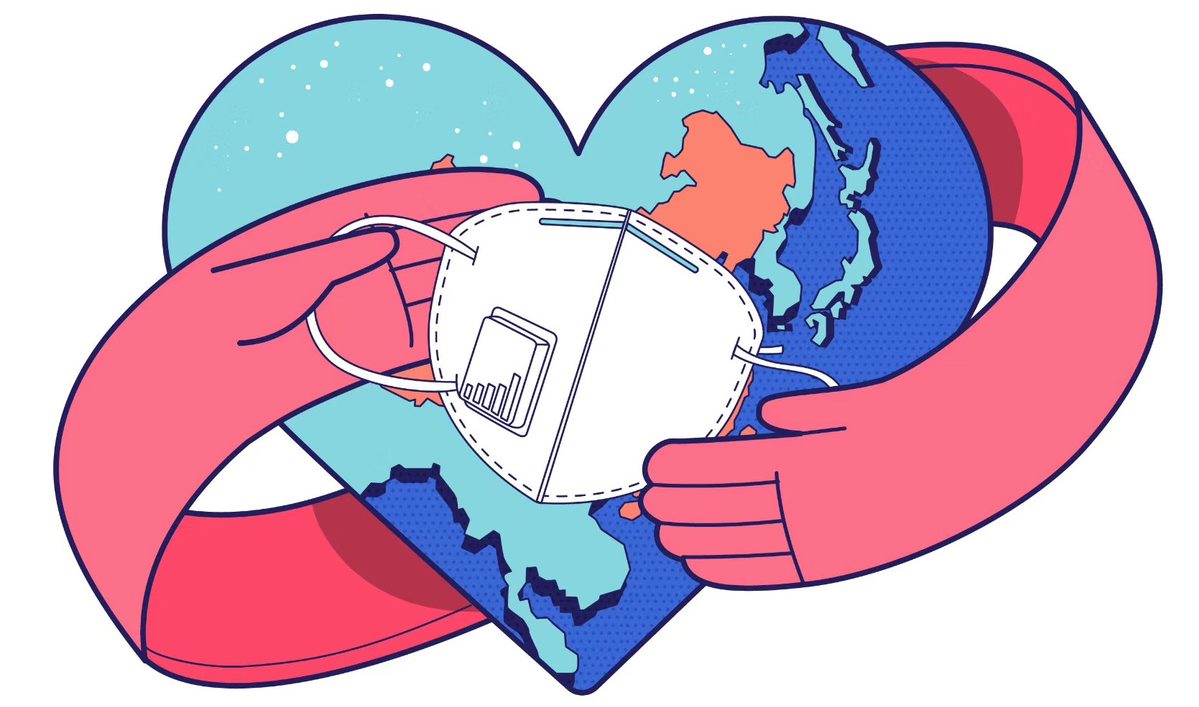 NOTE: To put the new coronavirus in perspective, according to today’s Marketwatch: “The number of worldwide cases of COVID-19 continues to rise; there are now 80,238 cases in 34 countries and at least 2,700 deaths, according to the World Health Organization (WHO).” An article from several days ago in US News and World Report finds there have been 26 million cases of flu this year in the US alone, hospitalizing over 250,000 people and causing 14,000 deaths. Yet, the US media is attacking China over the handling of the coronavirus outbreak and there has not been any major mobilization in the US to limit the spread of the flu. – Margaret Flowers

Confronted with an “unprecedented” outbreak of the novel coronavirus, China has done a “remarkable” job in limiting the spread of the disease, said leading experts in the US.

“China has done extraordinary things to mostly contain the virus within Hubei and central China,” said Peter Hotez, dean of the National School of Tropical Medicine at Baylor College of Medicine in Houston, Texas, to China Daily. “They recognize their responsibility to the world as well as to the people of China and have worked hard to contain this virus.”

Hotez said that it’s “almost impossible” to contain a highly contagious virus, like the novel coronavirus (COVID-19), without a vaccine, but China has made progress.

China has reported a steady decline in the growth rates of confirmed infections, suspected cases and patients under medical observation, except for Hubei province, the epicenter of the epidemic.

“It’s pretty much unprecedented. No one has attempted something like this in history to my knowledge,” said Arthur Reingold, an epidemiologist at the University of California, Berkeley, referring to the China’s quarantine measures. “In many countries it would be impossible to even try.”

“It’s very difficult to sit somewhere else and say somebody would have done a better job. We just don’t have enough information to say that things might have gone faster. I’m not convinced to that,” Reingold told China Daily. “The willingness to use police and military and impose controls is perhaps stronger than in many countries, so I think what they are doing is remarkable.”

Reingold’s remarks were echoed by William Schaffner, medical director of the Washington-based National Foundation for Infectious Diseases and a professor at Vanderbilt University’s School of Medicine in Nashville, Tennessee.

He said China’s response to the COVID-19 epidemic has been “remarkable” in several respects. “The first, of course, was the response of the scientists, the molecular biologists who very quickly made the diagnosis of a novel coronavirus,” said Schaffner in a phone interview. “And then they sequenced the genome so very rapidly and precisely — and then shared that information with the world. That was just wonderful.”

“The Chinese government and the Ministry of Health then did something that has stunned the world,” he said. “I remain amazed at the very large quarantine that has been put in place in Wuhan and Hubei province. The goal of that was to reduce the spread of the virus.”

“No similar activity, no similar controlled measure of this size has ever been done in the history of the world,” said Schaffner. “So this is just an extraordinary attempt to limit the spread within China and to the rest of the world.”

He also stressed the importance of communication and international cooperation in tackling global health emergencies.

By working internationally with experts, any country can do a better job and learn about new infectious disease threats, said Schaffner, adding that scientists are still having a difficult time determining how effective the quarantine has been so far.

Recognizing the enormous pressure on the local healthcare system, Hotez said he feels very sad for the people of Wuhan and its surrounding area, which have suffered a lot because of the virus.

“As a physician-scientist, I’m inspired by the heroism of so many Chinese physicians, nurses and healthcare workers who have risked their lives in Wuhan and nearby cities. This is an inspiration for all us all,” said Hotez.

“In the memory of the Chinese doctors and healthcare workers who gave their lives to help others in this epidemic, we are dedicating our vaccine institute (Texas Children’s Center for Vaccine Development at Baylor College of Medicine) to developing coronavirus vaccines,” he said.

The institute is currently developing a second generation COVID-19 vaccine. It has manufactured a vaccine that was developed to combat SARS but an partially protect healthcare workers from COVID-19, according to Hotez.

“We could begin clinical testing in China if there’s interest,” he said.