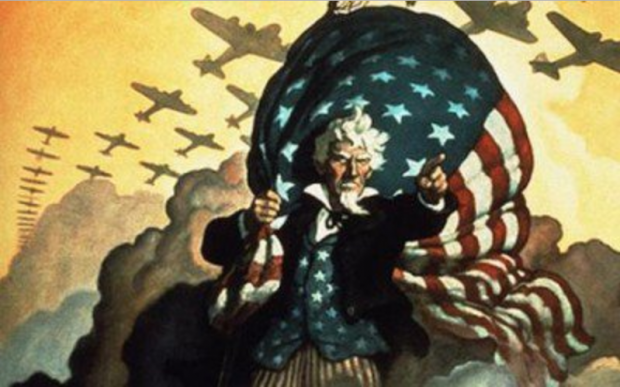 With a few notable exceptions, political leaders are chosen by political leaders, and not by electorates or community-based organizations or popular assemblies.  Popular media figures and the so-called ‘pundits’, including academics and self-declared experts and ‘think-tank’ analysts reinforce and propagate these choices.

A collection of terms and pseudo concepts are essential in validating what is really an oligarchical process.  These concepts are tagged onto whoever is chosen by the elite for electoral candidates or for the seizure of political power.  With this framework in mind, we have to critically analyze the symbols and signs used by popular opinion-makers as they promote political elites.  We will conclude by posing an alternative to the ‘propaganda of choice’, which has so far resulted in broken pre-election promises and political debacles.

The usual suspects in the business of mass-manipulation describe their political leaders in the same folksy or pseudo-serious terms that they attribute to themselves:  Experts/ intuitive improvisers/ trial and error ‘muddlers’.  The ‘experts’ often mean wrong-headed policymakers and advisers whose decisions usually reflect the demands of their current paymasters.  Their stated or unstated assumptions are rarely questioned and almost never placed in the context of the contemporary power structures.  The experts determine the future trajectory for their political choices.  In this way, the views expressed by ‘experts’ are primarily ideological and not some disembodied scholarly entity floating in an indeterminate space and time. 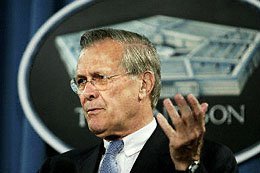 We know that Secretaries of Defense William Gates and Donald Rumsfeld and their leading assistants, Paul Wolfowitz and Douglas Feith were appointed to their high positions and praised for their ‘experience’.   This ‘experience’ drove the country into repeated disastrous military engagements, political debacles and unending wars.  It would be better to reject officials who are highly ‘experienced’ in creating disasters and appoint those officials experienced in conciliation and reconciliation.  Unfortunately the ‘experts’ never discuss these matters in any historical context.

Many political choices are adorned with ‘titles’, such as ‘successful entrepreneur’ and/or ‘prize winning journalist’.  This ignores the fact that those ‘bestowing titles’ come from a narrow band of inbred organizations with financial, military or ideological interests looking for near-future rewards from their now titled, prize winning political choice.

Highly certified candidates, we are told, are those eminently qualified to lead, whether they are university academics with prestigious degrees, or doctors, lawyers, or investors who work for leading groups.  The most highly vetted officials coming from Harvard University have implemented economic policies leading to the worst crises in the shortest time in world history.

Lawrence Summers, PhD and Harvard University President-turned Treasury Secretary participated in the pillage of Russia in the 1990’s and then brought his talent for sowing international chaos home by joining Federal Reserve Chairman Alan Greenspan.   These two ‘experts’ promoted enormous financial swindles, which led to the worst economic crash in the US in seven decades.

Receiving ‘prestigious awards’ does not predict a successful policymaker in contemporary US politics.   The underlying ideological commitments and political allegiances determine the appointment of these ‘prize-winning’ leaders.  From an objective perspective, any obscure college economics graduate, eager to increase high tech US exports and sign profitable trade agreements with Iran, would have been far more successful political choice as Secretary of Treasury.

Frequently ‘identity’ colors the choice of appointees, especially favoring an ‘oppressed’ minority, even if their field of competence and their political allegiances run counter to the real interests and political needs of the vast majority of American citizens.  Some ‘ethnic’ groups wear their identity on their shirt sleeves as a point of entry into lucrative or influential appointments: “Hello, I’m a Jewish graduate of Yale Law school, which makes me the best choice for an appointment to the Supreme Court … where there are already three Jews out of the ten Justices… and only an anti-Semite would consider a fourth to be an ‘over-representation’ of our tiny national minority…whereas the total absence of any WASPs (white Anglo-Protestants) on ‘The Court’ only confirms their historical degeneracy…”  Who could object to that?

‘Identity’ appointees are not reluctant to employ scare tactics, including citing old historical grievances and claiming special suffering unique to their heritage, to justify their appointment to privileged, lucrative positions.  Their identity also seems to insulate them from any fall-out from their policy catastrophes such as disastrous wars and economic crises, as well as providing impunity for their personal involvement in financial mega-swindles.

Race and claims of victimization often serves as a justification for being a political ‘chosen one’.  We are told repeatedly that some appointee, even with a tangential link to skin color, must have suffered past indignities and is therefore uniquely qualified to represent the aspirations of an entire group, promising to eliminate all inequality, right injustices and promote peace and prosperity.  Racial identity never prevented three of the worst Caribbean tyrants from robbing and torturing their people: The two Haitian dictators, ‘Papa Doc’ and ‘Baby Doc’ Duvalier murdered tens of thousands Haitians, especially among mixed race educated elites.  Cuban dictator Fulgencio Batista had to slaughter hundreds of Afro-Caribbean sugar workers in Santiago de Cuba before he could enter the exclusive ‘whites only’ Havana Golf and Country Club.

In the United States, it was a ‘man of color’, General Colin Powell, Secretary of State under President George W. Bush, who bombed and invaded black African Somalia and implemented the policy of invading and destroying Iraq and Afghanistan.  The carefully groomed ‘First Black President-To-Be’ Barack Obama, was the protégé of a Chicago-based millionaire lobby led by the fanatical ‘Israel-First’ mob, to bring ‘identity’ to its highest level.  This charade culminated in the ‘First Black President’ and promoter of seven devastating wars against the poorest people of the world receiving the Nobel Peace Prize from the hands of the King of Sweden and a committee composed of mostly white Swedish Christians.  Such is the power of identity.  It was of little comfort to the hundreds of thousands of Libyans and South Sahara Africans murdered, pillaged, raped and forced to flee in rotting boats to Europe, that the NATO bombs destroying their country had been sent by the ‘Historic Black US President and Nobel Peace Prize Winner’.  When the wounded captive President Libya Gadhafi, the greatest proponent of Pan-African integration, was brutalized and slaughtered, was he aware that his tormentors were armed and supported by ‘America’s First Black President’?  A video of Gadhafi’s gruesome end became a source of gleeful entertainment for the ‘Feminist’ US Secretary of State, Hillary Clinton, who would go on to cite her ‘victory’ over the Libyan President in her bid to become ‘The First Female President of the US”.

The question is not about one’s race or identity, but whose interests are served by the Afro-American leader in question.   US President Barack Obama served Wall Street and the Pentagon, whereas Malcolm X and Martin Luther King had a long and arduous history of leading peoples’ movements.  MLK joined the striking Afro-American garbage workers in Memphis and the autoworkers in Detroit.  Malcolm X organized and spoke for the Harlem community – while inspiring millions.

Gender labels covered the fact that a politically chosen woman ruled on behalf of  a family-led tyranny, as in the case of Indira Gandhi in India. The financial lords of the City of London financiers, and the mining and factory bosses in Great Britain chose the very female Prime Minister Margaret Thatcher, who launched multiple wars abroad and smashed trade unions at home.  Madame Secretary of State, Hillary Clinton, who promoted seven wars resulting in the deaths, injuries, displacement and rape of 5 million African and Middle Eastern women and destruction of their families, had the unconditional support of the top 20 Wall Street banks when she ran to become the ‘First Woman President of the United States’.