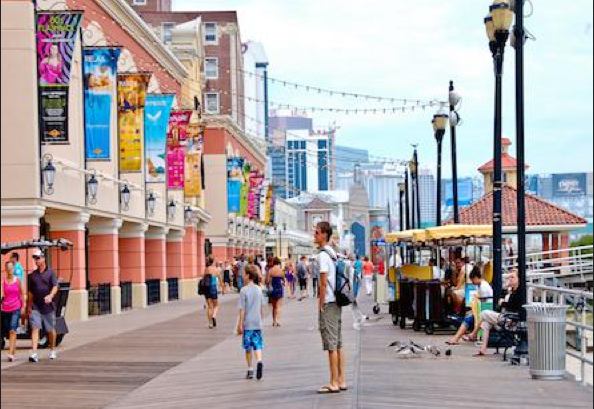 Above Photo: From BlackAgendaReport.com.

City Is Selling Off Water System and Other Public Assets

New Jersey Republican Gov. Chris Christy “must have reasoned that nobody important would stand in the way of whatever he wanted to do to Atlantic City.” He’s stolen the residents right to vote, and is preparing to privatize the fire department. But top Democrats want to privatize the city’s water, too – and the local United-HERE union leader agrees. Black, Latino and poor people have no rights – and few allies – in corporate-ruled America.

After a state-appointed emergency financial manager poisoned the people of Flint, Michigan, with tainted water, you’d expect that other governors would think twice before tampering with the water supplies of poor cities. But, you’d be wrong. New Jersey Governor Chris Christy last year put Atlantic City under an emergency financial manager, and gave him a year to slash the ailing gambling town’s budget and prepare a full report. Kevin Lavin is a corporate turnaround expert with an international consulting firm. He was assisted in his dictatorial assignment by a fellow Black corporate type, also named Kevyn – Kevyn Orr, who had just finished stealing the last vestiges of democracy from the people of Detroit on behalf of Michigan Governor Rick Snyder. In fact, every heavily Black city in Michigan was taken over by Governor Snyder, effectively disenfranchising fully half of the state’s Black citizens.

Apparently, Governor Christy thought that would be a good move for New Jersey, too, and he set his sights on Atlantic City, an overwhelmingly Black and Brown town that had just lost four of its casinos, and is now about to lose another one. One-third of Atlantic City’s 40,000 people live below the poverty line. With whites comprising only about 16 percent of the population, Christy must have reasoned that nobody important would stand in the way of whatever he wanted to do to Atlantic City. And, he was right. Emergency manager Kevin Lavin’s report calls for regionalizing the police department and privatizing the fire department. But even worse, the Democratic president of the state senate, Stephen Sweeney, has introduced a bill that would sell most of Atlantic City’s assets, including its water department.

But, it gets worse than that. Not only is the top Democrat in New Jersey more enthusiastic about corporate privatization than Republican Chris Christy, but the president of the local Unite-Here union has also endorsed the sell-off of city property and the further disenfranchisement of its citizens – many of them union members.

Corporate Republicans, corporate Democrats, and corporate unions – all oppose the very concept of democracy, home rule and self-determination for poor Black and brown people. Indeed, New Jersey has a very long history of taking power away from local governments as soon as Blacks and Latinos become majorities. The takeovers are always cloaked as necessary to avoid financial disaster – but, since Black and brown cities are perpetually out of cash, what it really means is that poor people don’t deserve basic democratic rights.

Ron Rice, a state senator from majority Black Newark, sees the writing on the wall. “It’s Atlantic City today, it is Newark tomorrow,” he said at a rally against privatization. Senator Rice insists that “We have to mobilize people and shut down some things,” and “get back to doing what we did in the ‘60s.”

Which is true. But, this time around, we must understand that everyone who serves the corporate master is the enemy: including Black corporate hit-men, corporate Democrats, and corporate hacks in union clothing.