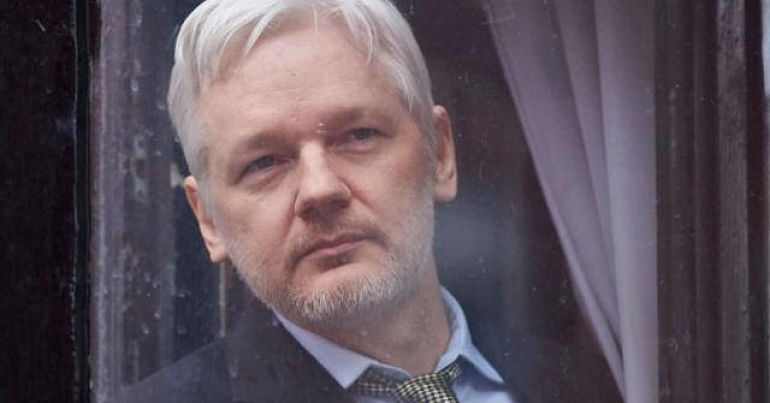 The US prosecution of Julian Assange has been dealt another blow following revelations that the CIA plotted the kidnap and rendition or murder of the WikiLeaks founder. The revelations also directly implicate Mike Pompeo, former CIA director and secretary of state, and US president Donald Trump.

Separately, there’s evidence of how cyber activists foiled a 2012 attempt by British police to break into and enter the Ecuadorian embassy where Assange had sought asylum.

The Intercept subsequently reported that the Intelligence Authorization Act for Fiscal Year 2018 stated:

It is the sense of Congress that WikiLeaks and the senior leadership of WikiLeaks resemble a non-state hostile intelligence service often abetted by state actors and should be treated as such a service by the United States.

Plans to kill or kidnap Assange were discussed when Assange was still in refuge at the Ecuadorian embassy. Worried about an alleged scheme that could see Assange escape the UK for Russia, the CIA and the White House considered a number of scenarios, including:

potential gun battles with Kremlin operatives on the streets of London, crashing a car into a Russian diplomatic vehicle transporting Assange and then grabbing him, and shooting out the tires of a Russian plane carrying Assange before it could take off for Moscow. (U.S. officials asked their British counterparts to do the shooting if gunfire was required, and the British agreed, according to a former senior administration official.)

Reportedly, a former senior Trump official claimed that US, UK, and Russian undercover intelligence operatives had been stationed in the streets near the embassy.

And in May 2018, WikiLeaks claimed a “grab team” had been spotted near the embassy:

However, Assange rejected all suggestions he planned to escape the UK for Russia.

It’s also claimed by Yahoo! News that then US president Donald Trump asked whether the CIA could assassinate the WikiLeaks founder, though Trump denies this.

Pompeo is now calling for the prosecution of those officials who talked with Yahoo! News regarding plans for Assange’s kidnapping or murder:

"Those 30 people who allegedly spoke to one of these reporters, they should all be prosecuted for speaking about classified activity inside CIA"https://t.co/5e5u0RtWkc

Nor can UK authorities profess innocence to breaking the law in order to seize Assange. On the evening of 15 August 2012, around 20 British police officers attempted to extricate Assange from the Ecuadorian embassy’s protection. However, thanks to some eagle-eyed “cyber warriors”, that attempt was spectacularly foiled.

CPS's own guidelines on diplomatic premises: they are inviolable & cannot be entered without consent http://t.co/iYU06no6 #Assange #Ecuador

Meanwhile, hacker group AntiLeaks succeeded in blocking live video footage of the raid, but only temporarily. AntiLeaks had previously been conducting cyber attacks on WikiLeaks.

Had the raid not been exposed and subsequently thwarted, British authorities would have been guilty of contravening diplomatic immunity conventions.

The next day, WikiLeaks issued a statement:

Any transgression against the sanctity of the embassy is a unilateral and shameful act, and a violation of the Vienna Convention, which protects embassies worldwide.

Also that day, on hearing of the aborted raid, the Organisation of American States passed a motion in support of Ecuador.

Craig Murray, former UK ambassador to Uzbekistan, later explained how some hours before the raid took place a “very senior official within the Foreign and Commonwealth Office” contacted him and said:

there was tremendous discomfort at this development within the British diplomatic service because of the potential exposure of British embassies and diplomats abroad to similar action. I asked how on earth such an illegal decision could have been reached. My ex-colleague said that political pressure exerted by the administration of the United States of America on Mr William Hague and Mr David Cameron had outweighed the views of British diplomats. [Emphasis by Murray]

Indeed, had the police gained full entry to the embassy, without permission from Ecuadorian authorities, that would arguably have placed every UK embassy around the world in danger of similar violation.

(Note: this author played a key role in exposing the police’s attempted illegal entry into the embassy.)

My hope and expectation is that the UK courts will consider this information [regarding plans to kidnap and murder] and it will further bolster its decision not to extradite to the US.

Documentary film maker Laura Poitras commented that “the CIA… conspired to seek the rendition and extrajudicial assassination of Julian Assange”. She described this as a “state-sponsored crime against the press”.

Moreover, celebrated whistleblower Daniel Ellsberg, who leaked the Pentagon Papers, has called on US president Joe Biden to drop all charges against Assange:

Biden should drop his appeal to extradite Julian Assange and dismiss all charges against him, on the new disclosures that Assange has been subjected to the same governmental crimes that led to the dismissal of my own prosecution half a century ago. 1/ https://t.co/kfzYFN8krL

Meanwhile, Assange is still held in Belmarsh Prison, even though UK tribunal judge Vanessa Baraitser blocked his extradition to the US on health and safety grounds – meaning risk of suicide. But her ruling regarding the charges raised equated to a “ringing endorsement of the US prosecution case”.

The latest revelations provide further proof that the US case against Assange is political, and therefore the prosecution should cease.