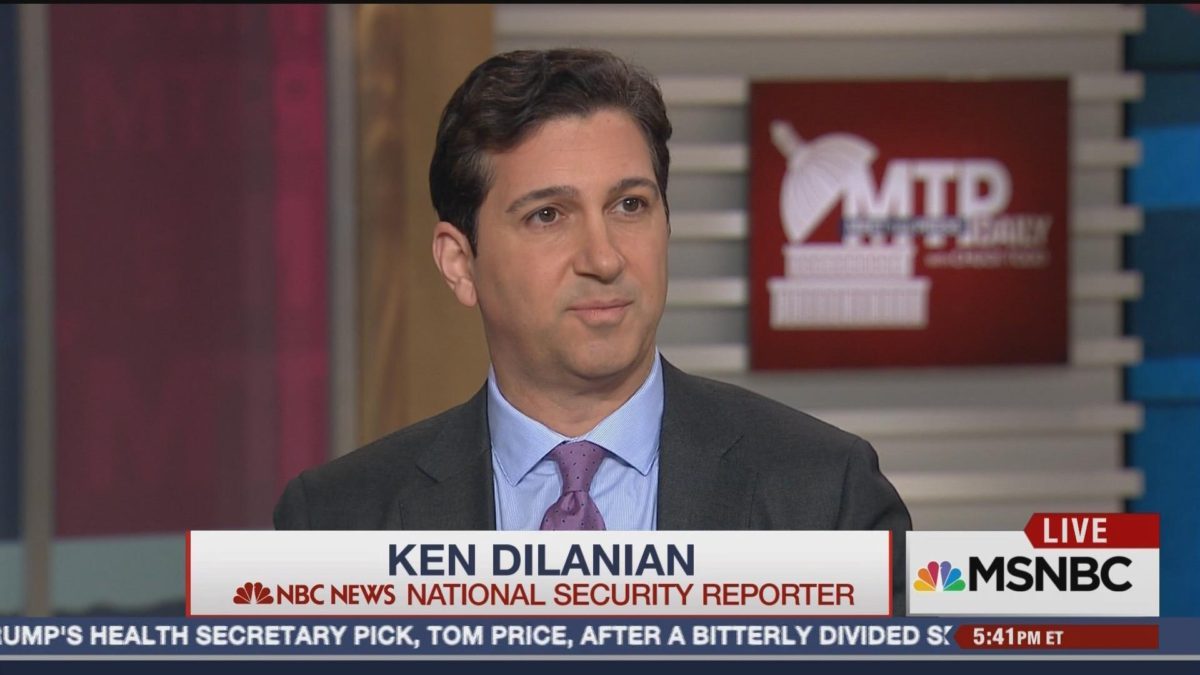 CIA Teams Up With Defense Industry To Undermine Korea Negotiations

In a new development that will shock no one, factions within the CIA attempted for the second time in just over a month to undermine President Donald Trump’s peace overtures towards North Korea by leaking information calculated to decrease confidence in Kim Jong Un’s willingness to earnestly negotiate.

On June 29, 2018, NBC News released a report quoting anonymous CIA officials who claimed that North Korea was increasing nuclear production at “secret sites” without providing any actual evidence for such claims. The report’s credibility is further weakened by the fact that it also cited reports from a think tank which has strong connections to the defense industry and other private special interests.

In disseminating their report, the CIA used NBC reporter Ken Dilanian as an outlet for leaks. As Disobedient Media previously reported, Dilanian was outed by the Intercept in 2014 as a CIA asset. In the aftermath of the disclosure, Dilanian’s previous employers at the Tribune Washington and Los Angeles Times disavowed the disgraced journalist. In at least one instance, the CIA’s instructions to Dilanian appears to have led to significant changes in a story that was eventually published in the Los Angeles Times.

Since that time, Dilanian has persisted in pushing articles written by former CIA officials who continue to perpetuate the “Trump-Russia” collusion narrative without any regard to facts, such as Steven Hall’s Washington Post article titled: “I was in the CIA. We wouldn’t trust a country whose leader did what Trump did.”

Perspective | I was in the CIA. We wouldn’t trust a country whose leader did what Trump did. https://t.co/4XG8TmhwKq

In the absence of hard evidence from the CIA to back their claims about North Korea, Dilanian cited the opinion of Clinton administration official Joel Wit and reports from 38north.org. 38north is a project run by the Henry L. Stimson Center. The Stimson Center’s Board of Directors includes individuals associated with organizations such as Northrop Grumman, the Boeing Company, Warburg Pincus, the Carnegie Endowment, Mercy Corps, The Council on Foreign Relations, the Department of Defense, the CIA and US Department of the Treasury. Their Partners include the George C. Marshall Foundation, Saudi Arabia’s Gulf Research Center and the Jinnah Institute.

Satellite images circulated by 38north claiming to show improvements to North Korea’s Yongbyon Nuclear Scientific Research Center appear to have been obtained from Airbus Defense and Space SAS, a subsidiary of European multinational conglomerate Airbus Group SE. Airbus was the brainchild of Germany’s DaimlerChrysler Aerospace and British Aerospace. The association of a German connected transnational group in efforts to undermine Korean peace negotiations is interesting given the strong connections they held with the now scandalized South Korean government of Park Geun-hye.

The involvement of a think tank in a website that is centered around undermining US confidence in North Korea is hardly a surprise given their connections to the military-industrial complex and internationalist special interest groups. Both Northrop Grumman and Boeing have seen their stock’s value drop in the aftermath of Trump’s Singapore meeting with Kim Jong Un in what analysts saw as a temporary setback to defense stocks. Seeing such corporations use their ties to institutions such as the Stimson Center to collaborate with the CIA in an effort to scuttle commitments to North Korean denuclearization and a peace accord between the Koreas and United States represents a new low.

Despite the best efforts of the CIA, President Trump has stated that there is no current nuclear threat from North Korea, and that the Singapore Summit represented a positive interaction with the leader of the so-called “hermit kingdom.” Trump has repeatedly highlighted the opportunity for Chairman Kim to engage with the world and begin a new era of “security and prosperity” for North Korea. North Korea destroyed portions of their test site at Punggye-ri before a group of foreign journalist observers in the lead up to the US-North Korea summit on June 12.

There is no limit to what NoKo can achieve when it gives up its nuclear weapons and embraces commerce & engagement w/ the world. Chairman Kim has before him the opportunity to be remembered as the leader who ushered in a glorious new era of security & prosperity for his citizens! pic.twitter.com/Xbup4Zyz33