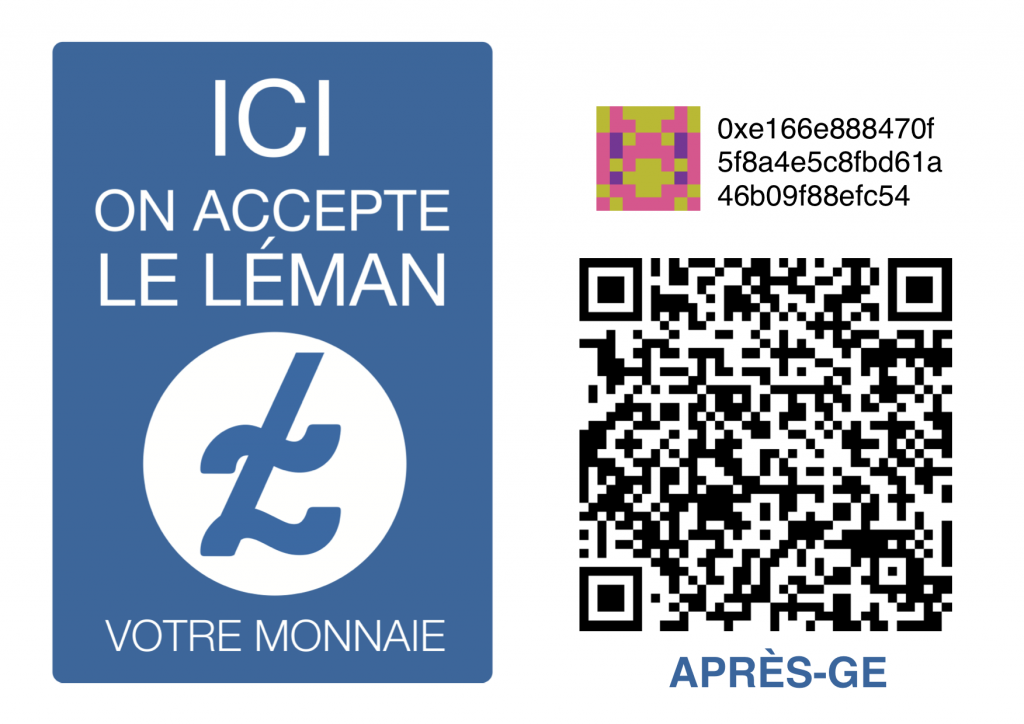 This is the third issue of the series we started in October, on the theme of “local currencies”, after a general presentation of the advantages and challenges of local currencies through the example of the Leman currency (October 2018) and the avenues for collaboration and synergies between local currencies and sustainable food (December 2018), we propose today to reflect in terms of production/supply chains, for different types of agricultural products, and starting once again from the Geneva experience: from seed to production, from production to processing, from processing to distribution, from distribution to consumption. The five key agricultural sectors on which Leman and the Chamber of the Social and Solidarity Economy (APRES-GE) are currently working are the following:

This is why it is particularly interesting to bring the different actors in a production/supply chain together around the same table, in order to reflect together on current and potential value flows – and the resulting cash flows. Many economic actors generally do not have the time to take this step back. The local currency offers producers a great opportunity to strengthen the links between them, and between them and consumers, and thus to strengthen the local economy in the face of competition from globalized markets. The service provided by the local currency is “economic facilitation”: it is a form of brokerage that allows producers to better choose their local suppliers, and in case of overproduction to sell stocks in the payment community.

The beer production/supply chain: from hops to pints

Let us take the example of the beer sector to illustrate what we are saying. The development of artisanal breweries is currently in full expansion and their operation is easily modelable. The main links in this chain are: farmers, malthouse, breweries, distributors, as well as bars, restaurants or grocery stores. The diagram below illustrates this.

If you still don’t know it, you should know that 90% of beer is made up of water, which is used as the basis for adding malt, hops and then yeast. To this can be added additional ingredients, such as coffee, fruit, spices or other condiments or herbs.

Farmers (1) grow the cereals, which will then be processed into malt by the Malting plant (2). At the same time, hops (2”), a climbing plant, must be cultivated and its flowers harvested and dried; yeast (2”) must be produced, usually in a laboratory.

These three ingredients are used by artisanal breweries (3), with water, for the production of beer. Other goods are also needed to produce beer, including bottles, capsules, labels, glue, and of course water. These products are considered as secondary in the beer production chain, although they are obviously necessary. More and more often, breweries collect their bottles, through a deposit system, and reuse them.

Then, the distributors (4) are responsible for transporting the drinks produced in bars, restaurants and grocery stores (5), where they are sold for consumption, and in particular to employees (6) of the various companies in the beer industry. Indeed, some of the beer consumers work in the sector.

A new activity should also be integrated into this beer sector: mushroom houses(4′). They work with breweries, recovering the used malt (spent grains) and using it as a substrate on which mushrooms (especially shiitake and oyster mushrooms) will grow. The recovery of the substrate is currently being studied for use as protective packaging, for its lightweight and shock absorbing properties.

All these actors also have costs for premises, energy, production and transport machinery, IT, printing and administration. This is what we call the secondary network of suppliers.

The following diagram summarizes the primary network of the beer sector, by modelling the flows of goods/services, as well as the cash flows that allow these exchanges.

The local currency is above all a tool for establishing economic links between the actors of a sector. While stakeholders are convinced of the value of creating a strong local economy, they do not always have the time, energy or even the knowledge to analyse all current and potential flows in their own economic production/supply chain Pressed by short-term economic constraints and lack of liquidity, they usually go as fast and cheap as possible, whereas their real economic interest in the medium or long term would be to favour a concerted and solidarity-based approach, for example in a pooled credit system.

Working in their own local currency encourages economic actors to be aware of the specificities and various constraints within the chain and puts everyone in commercial contact with their potential suppliers and customers: the farmer with malting, malting with breweries, distributors with breweries, and bars, restaurants and grocery stores with distributors.

The stakes are not only economic and ecological. Admittedly, it makes it possible to increase the volumes of activity of each individual and the wealth produced on the territory; and the development of this territory, in short circuits, reinforces economic resilience and ecological sustainability (reduction of CO2 emissions). On the social and political level, the economic network thus created breaks the isolation of each actor and it is the social fabric that is strengthened. Together, it will be easier to defend your collective interests and become stakeholders in public policies to promote local agriculture.

Monetary liquidity for the sectors

The pooled credit system offered by a complementary local currency such as the Leman in the Lake Geneva region provides significant liquidity to the production/supply chains. Indeed, each actor is granted an operating credit line (currently between LEM 1,000.- and LEM 20,000.-, depending on its size) that can be used without interest rates and without limit as long as it remains below the established threshold. The potential for economic exchange for the entire economic chain concerned is therefore increased by the sum of the credit limits of all its players.

This ancestral system of credit pooling, which has practically disappeared today, swallowed up by the contemporary banking system, is nevertheless a very simple and very stable system. The network as a whole is by definition always totally balanced “at zero”: the sum of the positive amounts is always equal to the sum of the negative amounts, and there is no monetary creation. The more money turns, the more wealth is produced. The lack of liquidity is a barrier to activity. Shared credit therefore replaces bank credit very advantageously.

Conventional bank credit is expensive – when it is granted, because banks often refuse risk. It raises the price of products, because it is necessary to include the cost of money (interest) in the selling price, and weakens the seller in a competitive market occupied by large groups that lower prices.

By working in local currency, we recreate a parallel economy, and we avoid pressure from large groups and foreign products. Getting started with the complementary currency, particularly for agricultural sectors, must be seen as a survival and development strategy. But we must play the game together, companies, employees and consumers, so that the currency can continue to supply the local economy continuously, without stagnating in bottlenecks.

Towards healthy irrigation of the production/supply chains

The main challenge is therefore to avoid the formation of pockets of local currency retention, which indicate an economic blockage. Such a blockage is beneficial if it allows the actor in question to question himself about his partners who do not accept the local currency. It may be time to change it, and to opt for suppliers who also fit into the logic of relocation and social and environmental responsibility.

This is where the services of local currency “facilitators” come into play: they work with companies to integrate suppliers into the payment community, if they meet the conditions of the charter and, if not, to find new partners.

On the other hand, pockets of local currency are problematic if companies cannot put as much currency back into the circulation as they accept: the currency then loses its primary function, which is to facilitate trade. The risk of devaluation of the currency (it will be exchanged below its official value, for example 120 units will be requested for a good/service worth 100 in state currency) is therefore significant.

Two types of actors can find themselves structurally in this “bottleneck” position. First, the company that would occupy a central place in the supply chain, and would have no or too few substitutes. In the “beer” sector, it is the malting industry, with which all local breweries have an interest in working in local currency. Secondly, the company at the “end of the chain”. In our example, it is the farmer who grows the cereals that will then be processed into malt. The following diagram shows this problem of pocket retention of local currency at the end of the supply chain.

For these two cases, there is a simple theoretical answer, but it is not so easy to put into practice, because it already requires a dense economic network: the payment of part of the salaries in local currency. However, the money supply redistributed monthly is a powerful lever for boosting the local and sustainable economy through consumption. This is explained in the diagram below.

We have therefore seen that producers in the agricultural sectors have a clear interest in using the local currency to resist competition from large groups and foreign producers. However, this success is based on the balance of flows. Strengthening the local economy therefore requires organization and patience, as it involves bringing all its stakeholders into the payment community into a virtuous circle.

It is up to the local currency to carry out this work of economic facilitation and credit pooling, and it must be given the means to do so. Once this work is done, in the same way that an irrigation system would be installed in a crop, money can then flow in a virtuous way by creating value in the local and sustainable economy, and by strengthening economic resilience, in the face of systemic financial crises. 2008 should be a lesson to us!

In a future newsletter, we will take the example of one or more particular companies and how they use local currency on a daily basis to make sense of their work: an economic sense, of course, but also the feeling of participating fully in improving the common good.