Above Photo: Police detain a protester at a demonstration against India’s new citizenship law in New Delhi on December 19, 2019. Photo: AFP / Sajjad Hussain

India’s national capital, New Delhi, faced a lockdown unprecedented in history on Thursday as protests over the religion-based Citizenship Amendment Act (CAA) broke out across the country.

The Act allows refugees from Pakistan, Bangladesh and Afghanistan to become Indian citizens but bars Muslims. This, many have complained, violates the constitution of India – a country whose population includes 200 million Indian Muslims.

Anger against the amended law had spread across India after students were beaten up in Delhi on Sunday and more protests were planned. Across India students from 33 university campuses started a chain of protests that culminated in the nationwide agitation today.

The federal government got wind of those plans. Determined to crack down on protests, it invoked section 144 of the criminal procedure code, a colonial-era law that prohibits more than five people from gathering in a public space.

On Thursday morning as protesters began to gather at pre-determined locations in Delhi in defiance of section 144, the police sent out an urgent order to all telecom companies to suspend mobile connections including internet and voice communications at specific locations.

Nearly 16 metro stations at last count were closed Thursday to prevent protesters from arriving at the locations. The police action also led to massive traffic jams in Delhi and its neighboring city Gurgaon and Noida, with people trapped for hours on the road. 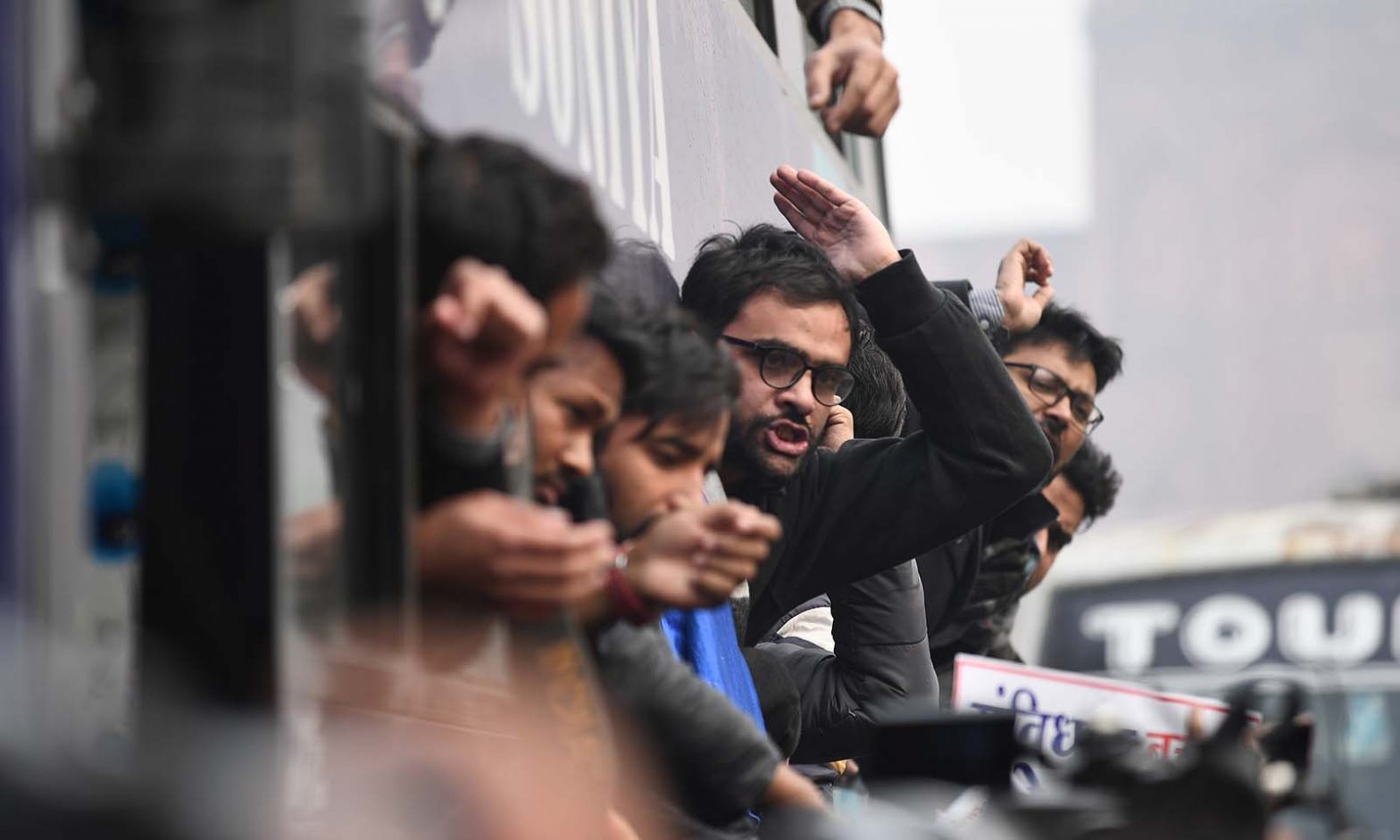 Protesters react from a bus after being arrested at a demonstration against India’s new citizenship law in New Delhi on December 19, 2019. Photo: Sajjad Hussain / AFP

Meanwhile, spontaneous protests were reported from Mumbai, India’s financial capital, and from Bangalore, Chennai, Pune, Vadgaon, Ahemedabad, Calcutta and many other prominent cities as more people joined the ongoing agitation.

By then disparate groups of citizens across the country, including in Bangalore, had already started planning their protests. 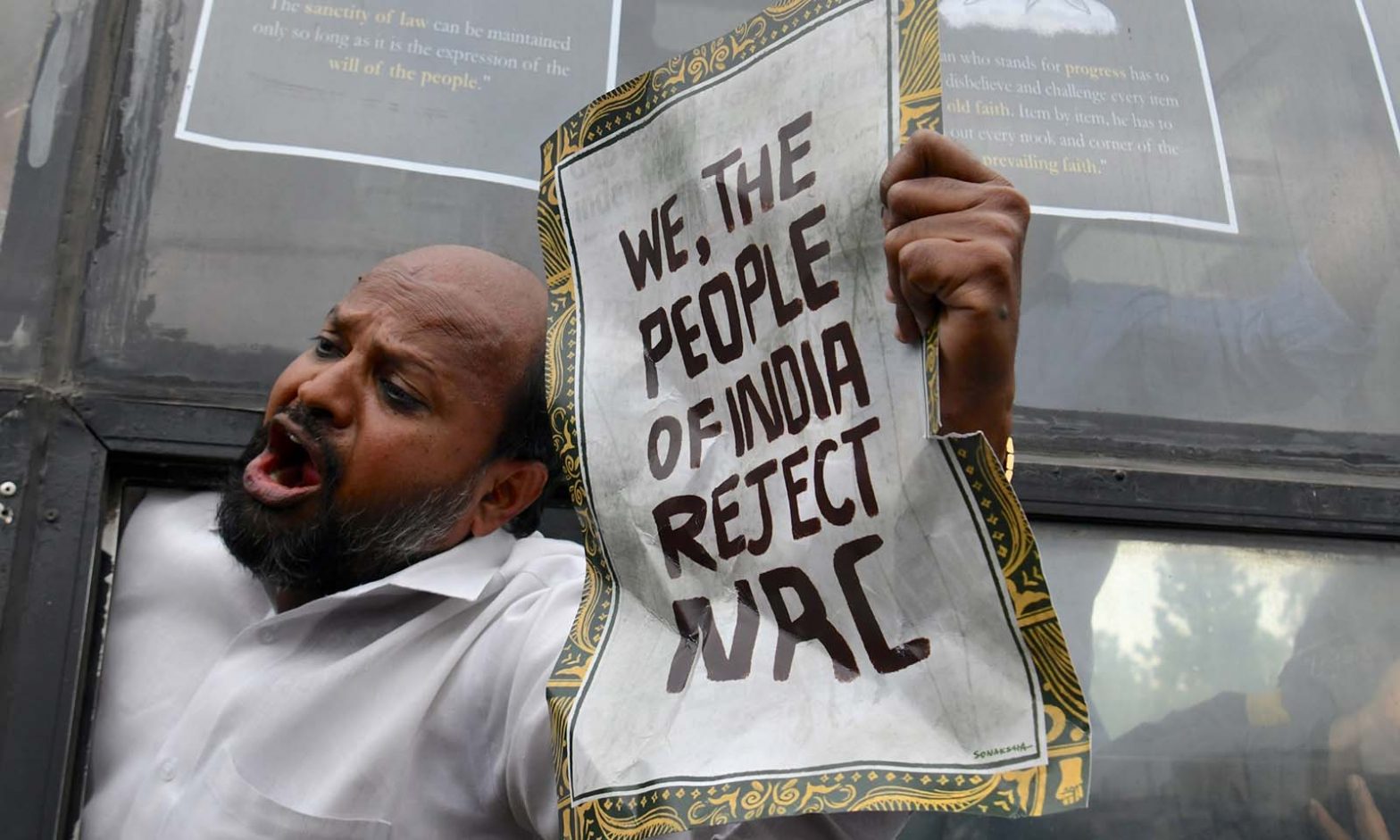 A protester shouts slogans from a bus after being arrested at the Bangalore Town Hall during a demonstration held against India’s new citizenship law on December 19, 2019. Photo: Manjunath Kiran / AFP

Prominence was no insurance against arrest when the crunch came. Noted historian and scholar Ramchandra Guha, known globally for his books on India’s post-independence history and specifically on Mohandas K  “Mahatma” Gandhi, was picked up by the Bangalore police while he was speaking to the media at a protest site.

“I have been detained by the police for holding a poster of Gandhi and speaking about the constitution to the press,” Guha told TV news channel NDTV, whose journalists were interviewing him when he was dragged away.

“The police are working under directions from the central government,” Guha said. “We are protesting non-violently against a discriminatory act, in a disciplined way.”

Bangalore is the capital city of Karnataka, a state that is currently ruled by Indian Prime Minister Narendra Modi’s Bharatiya Janata Party.

The central government has instructed all BJP-ruled states to strike down any protest against the citizenship act, according to high-ranking government sources.

The amended citizenship law specifically bars Muslims from Pakistan, Bangladesh and Afghanistan from seeking Indian citizenship through the special route. They can still apply under other sections of the existing laws, but takes a lot of documentation and time for approval. While that in itself is a major provocation, the nub of the anger aroused by the changed law stems from what the federal Home Minister Amit Shah has stated will follow. 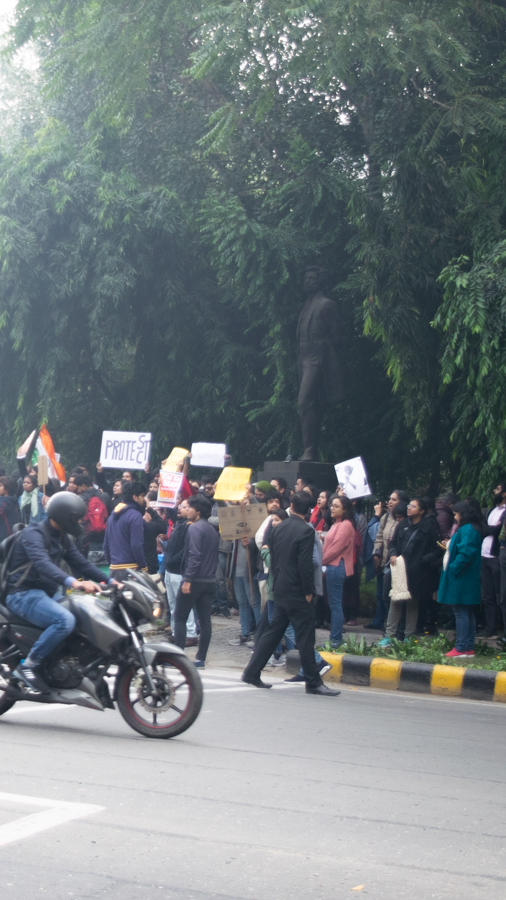 The National Register of Citizens (NRC), a controversial classification process that was started in 2013 in the state of Assam and ended this year, forced all citizens in the border state to file elaborate documents to prove they were Indian citizens.

The exercise found 1.1 million people who have not been able to prove their Indian citizenship. They are being moved into detention camps before they are either deported or manage to prove their citizenship through an elaborate appeals process.

The newly amended law blatantly gives immediate relief to those found “illegal” under the NRC only if they are not Muslims. That means that a nationwide NRC will give a free pass to everyone other than Muslims.

This has created anger, fear and uncertainty across the country. Article 14 of the Indian constitution prohibits discrimination on any basis including faith. This applies to non-citizens, as well, thus covering refugees and expatriates working in India. 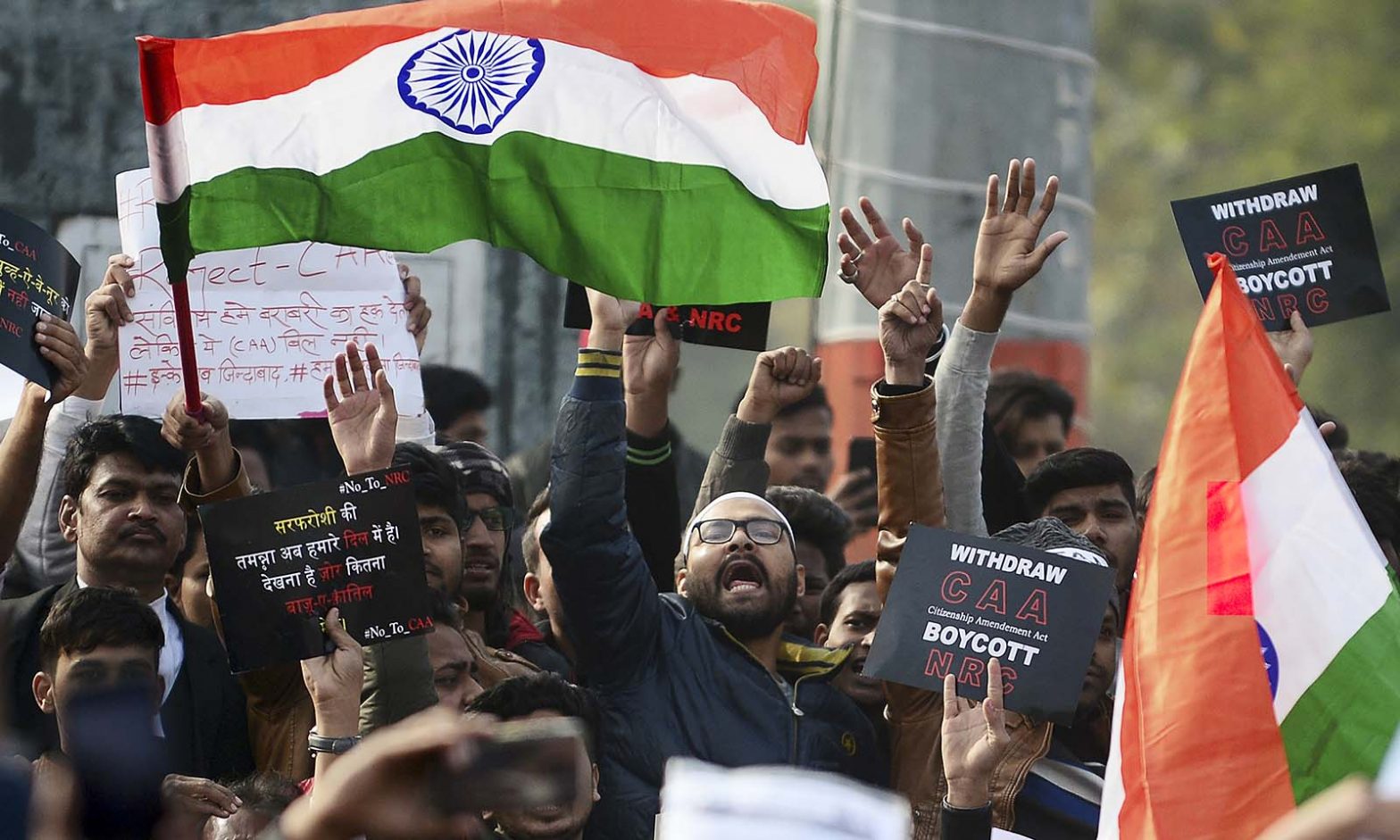 While the suspension of the internet is a first in the national capital, the tactic has been widely used so extensively elsewhere recently that India has been mentioned as being in contention for being named the country with the most internet shutdowns in the world.

Kashmir, which was stripped of its constitutional special status on August 5 this year, has been without the internet for over 130 days. Reports suggest that the internet shutdown there has severely curtailed banking operations across the region, and also led to losses worth millions of dollars.

The internet was also suspended in the state of Assam and other states of India’s Northeast that have become the epicenter of the anti citizenship law protests. The Axomiyas, who dominate the state have opposed the settling of illegal migrants, Hindu or Muslim, in the state for decades. The neighboring states with large tribal populations have also opposed the new law.

The BJP seems unwilling to back down even in the face of large-scale protests. The federal government has ignored warnings and criticism from the international community – including some comparisons of the discriminatory act to Nazi Germany’s race-based Nuremberg laws. The US state department and the United Nations have expressed deep concern.

Modi has been combative, blaming Muslims and the opposition parties for fomenting the protests. At an election rally in the eastern state of Jharkhand he said the protesters could be identified by their clothes – an apparent reference to Muslims in skull caps. His deputy Shah has done a round of combative interviews saying that a nationwide-NRC will follow the amended citizenship law.

However, among the BJP’s allies, some who voted in favor of the new law have now backed down. They now say they will refuse to allow a NRC and they have criticized the new law, calling it discriminatory against Muslims.

The opposition-ruled states of West Bengal, Odisha, Kerala and Punjab have already announced that they will not allow the NRC in their states. However, in the western state of Maharashtra, where the BJP was ousted from power recently, several detention centers were already under construction – places where illegal immigrants can be identified by the NRC.

Critics suggest that the government is trying to divert attention from the fact that India’s economy is slowing down alarmingly.

“The economic slowdown is a major challenge right now,” Delhi’s Chief Minister Arvind Kejriwal noted. “So what was the need to do the citizenship law, if at all?’ Those being naturalized as Indians under the new law will have to be fed, clothed and housed. Who will do that? Will they end up talking scarce jobs in India?”

According to the International Monetary Fund India’s slowdown came as a “surprise” and is likely to get much worse next year. However, prime minister Modi has so far not commented on the state of the economy.

More protests are being planned for the weekend.