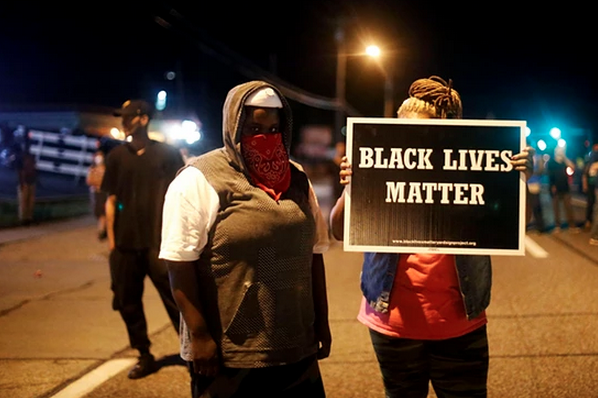 It’s no longer a secret that police have conducted surveillance on activists involved in the Movement for Black Lives. Increasingly, these activists say they want to know exactly what’s in the files the government may be keeping on them.

Color of Change, a national racial justice group, filed a lawsuit in federal court in New York on Thursday, over the U.S. Department of Homeland Security’s rejection of its request for surveillance information on Black Lives Matter activists. The group originally made the request for agency records on July 5, under the Freedom of Information Act.

“Seeing the government fighting us so strongly on what is supposed to be a pillar of American democracy — accountability to the public — indicates to us that our government believes that black people are not entitled, as Americans, to know how our government treats us on account of our race,” Color of Change media and economic justice director Brandi Collins said in a email statement.

The case was filed in the U.S. District Court for the Southern District of New York. Color of Change, along with its co-plaintiff, the Center for Constitutional Rights, is asking a judge to compel DHS to release “records related to protests whose subject matter or theme involved police violence, criminal justice, racial inequities, or [the Movement for Black Lives],” according to the court filings obtained by Mic.

“Monitoring [the movement’s] legitimate protest activities with the same surveillance methods used to target and disrupt potential terrorists undermines the First Amendment’s robust protection of political speech,” the groups assert in the lawsuit. The surveillance also may impinge on activists expectation of privacy under the Fourth Amendment, they stated.

Activists have sued the New York Police Department for similar reasons. New York City officials have also refused to release protest-related records under the state Freedom of Information Law. In court documents filed in August, the NYPD confirms the existence of “pictures, videos, audio recordings, data, and metadata” on protesters as well as records of “communications between and among NYPD undercover officers and their handlers.”

The petitions for government records are part of a broader effort to learn how police and other law enforcement agencies have monitored BLM activists, since the uprising that followed the August 2014 police shooting death of unarmed black teen Michael Brown in Ferguson, Missouri.

Color of Change is determined not to let any government or law enforcement agency violate citizens’ rights through noncompliance with FOIA, Collins explained.

“The outcome of this lawsuit will not only show the extent of these surveillance programs, but the extent of the government’s desire to walk back the transparency it is obligated to provide to any and all Americans,” she said.