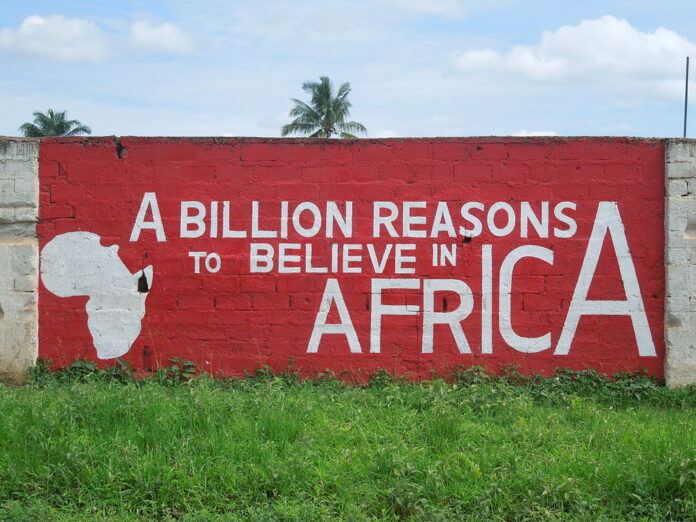 The global COVID-19 pandemic has brought into sharp relief how truly interconnected our world is, how superficial colonial borders are, and thus how the struggle for freedom must link localized organizing to broader global insurgencies. Of course, this is not new. Though our epoch offers unique challenges, problems, and articulations of the dialectic between repression and resistance, history doesn’t repeat itself—but it rhymes.

In a world structured by racial capitalism, white supremacy, and imperialism, Blackness has often been the antithesis of freedom. After legal emancipation from racial slavery, freedom for Black folks has generally meant freedom to die and suffer—or simply “slavery by another name.” But this has never stopped us. To paraphrase CLR James, the only place where Black people have not struggled for freedom, or have not articulated powerful freedom dreams, is in the pages of white people’s history books.

According to historian Robin DG Kelley, Freedom Dreams are “visionary sketches of what the future could be,” “inspired struggle for change,” strivings for a new society predicated on the strength of radical love, collective imaginings for “a different way out of our constrictions,” and a form of envisioning that “enables us to see beyond our immediate ordeals”—even in desperately rough times. Without freedom dreams, Kelley writes, “we don’t know what do build, only what to knock down. We not only end up confused, rudderless, and cynical, but we forget that making a revolution is not a series of clever maneuvers and tactics but a process that can and must transform us.” Moreover, “the map to a new world is in the imagination, in what we see in our third eyes rather than in the desolation that surrounds us.”

Freedom dreams animate what I call the “Tradition of Radical Blackness,” which is Black anti-capitalist analyses of and challenges to the structural, material, and cultural conditions of local, national, and global Blackness resulting from the nexus of racial capitalism, white supremacy, Euro-American imperialism, (neo)colonialism, war, and antiradicalism. The Tradition of Radical Blackness centers critical political economy analysis, attends to intra-racial class conflict and antagonism, theorizes the international character of Blackness as a special condition of surplus value extraction, and strives for the eventual overthrow of capitalism and for a world oriented by People(s) Centered Human Rights (PCHR).

According to Ajamu Baraka, the National Organizer of the Black Alliance for Peace, human rights are an arena of struggle grounded in and informed by the needs and aspirations of the exploited and oppressed as a necessary condition of de-colonization and radical social change. For him, PCHR is distinct from hegemonic human rights theory and practice in that it emphasizes: 1) an epistemological break with a human rights orthodoxy grounded in Euro-centric liberalism, 2) a reconceptualization of human rights from the standpoint of oppressed groups, 3) a restructuring of prevailing social relationships that perpetuate oppression, and 4) the acquiring of power on the part of the oppressed to bring about that restructuring. At the Second Organization of Afro-American Unity Rally on July 5, 1964, Malcolm X described the importance of struggling for PCHR in this way:

“We have to make the world see that the problem that we’re confronted with is a problem for humanity. It’s not a Negro problem, it’s not an American problem, you and I have to make it a world problem, make the world aware that there’ll be no peace on this earth as long as our human rights are being violated in America. Then the world will have to step in and try and see that our human rights are respected and recognized. We have to create a situation that will explode this world sky-high unless we are heard from when we ask for some kind of recognition and respect as human beings. This is all we want—to be a human being. If we can’t be recognized and respected as a human being, we have to create a situation where no human being will enjoy life, liberty, and the pursuit of happiness. If you’re not for that, you’re not for freedom. It means you don’t even want to be a human being. You don’t want to pay the price that is necessary.”

Informed by and engaged with real world struggles, the Tradition of Radical Blackness encompasses African descendants’ multivalent and persistent anti-systemic and counterhegemonic challenges to political economies and legitimating discourses that sustain racialized and gendered exploitation, exclusion, dispossession, and class-based domination. The United States is an important site in and against which the Tradition of Radical Blackness has been enunciated, given the nation’s importance to the expansion of the capitalist world-economy since the seventeenth century, its rise to global hegemony starting after the first World War, its histories of antiblack and anti-African domination, and its endemic antiradical liberal statist pedagogy.

One aspect of the Tradition of Radical Blackness that is particularly important in our current moment is its attendance to intra-racial class conflict and antagonism. This is central to understanding how different classes of Black people can and must come together for freedom’s sake. As it stands, there are quite different understandings between the Black elite, what I call the “niggerati,” and poor and working-class Black folks about what our pressing problems are, and as such, what the solutions should be. Of course, there are differences within each of these groups as well. But overwhelmingly, the ideas, desires, thoughts, tastes, and solutions of Black folks who have relative power, privilege, and access are said to be representative of Black people as a whole, though the majority of us are working-class and poor. When a Black person is propped up as a “leader of the race”—though none of us ever seem to remember electing this person—it is generally a celebrity or a wealthy member of the elite, who by virtue of being prominent and monied is assumed to have some sort of leadership capacities and commitment to Black people. Seldom has that been the case. Simply put, Black capitalism and Black billionaires will not save us.

Likewise, there are rifts between formally educated folks on the one hand, and what we might call “organic intellectuals” or even those who don’t have much formal schooling, on the other hand. In his text Groundings with my Brothers, Walter Rodney states: “The black intellectual, the black academic, must attach himself to the activity of the black masses… All white people are enemies until proven otherwise, and this applies to black intellectuals, all of us are enemies to the people until we prove otherwise.”

This doesn’t mean that elite, petit-bourgeois, and/or formally educated Black people to not have a responsibility to the struggle for Black liberation. It means that this group must commit class suicide, which the freedom fighter Amilcar Cabral explained in this way in his 1966 speech “The Weapon of Theory”:

“The petty bourgeoisie has only one choice: to strengthen its revolutionary consciousness, to reject the temptations of becoming more bourgeois and the natural concerns of its class mentality, to identify itself with the working classes and not to oppose the normal development of the process of revolution. This means that in order to truly fulfill the role in the national liberation struggle, the revolutionary petty bourgeoisie must be capable of committing suicide as a class in order to be reborn as revolutionary workers, completely identified with the deepest aspirations of the people to which they belong.”

This brings us to the question of how Black people across class difference and colonial borders can come together. This can be done in a number of ways. First, we can prioritize Ubuntu, or the idea that “a person is a person through other persons” and “I am because we are.” Ubuntu means considering the “I” as a part of a “we,” and engaging in actions and behavior that are fundamentally rooted in helping and benefitting others.

Second, it is imperative to join and contribute to a radical/revolutionary/grassroots organization and to model the values of those organizations within them.

Third, study groups are imperative to raise political consciousness and to engage in ongoing political education.

Fourth, we must support political prisoners and prisoners of war and organize for their freedom.

Fifth, to understand the connections between and among us, an internationalist perspective tied to an analysis of concrete local and domestic concerns is imperative.

Sixth, we must understand ourselves as part of the Pan-African world which means strategically engaging venues like the Organization of American States, the United Nations, the African Union, etc. to levy claims and to hold these entities accountable to People(s)-Centered Human Rights.

Seventh, it is important to strive to develop a correct analysis, which means drawing on alternative media sources from left, racialized, and oppressed communities in the United States and, importantly, beyond this country.

Eighth, it is vital to strike a balance between voting and organizing to meet the material needs of our communities. Here, it is fundamental to realize that voting is not the totality of the political.

Ninth, our organizations need to avoid and stamp out “influencerism,” intersectional imperialism, identity reductionism, and “Believe X group” discourse, all of which lend to liberal distortion and what Georgetown Philosopher Olufemi O. Taiwo calls “elite capture.”

Finally, we don’t need more spokespeople or randomly appointed leaders who step out in front of the people without being rooted in or committed to them. Those of us who are called on as experts, specialists, or “leaders” by virtue of our strategic positioning can say nothing as praxis and stay in our lanes.

With these methods in mind, we can cultivate freedom dreams that make African liberation a real possibility—and move toward being Black and Free through class struggle, beyond colonial borders.