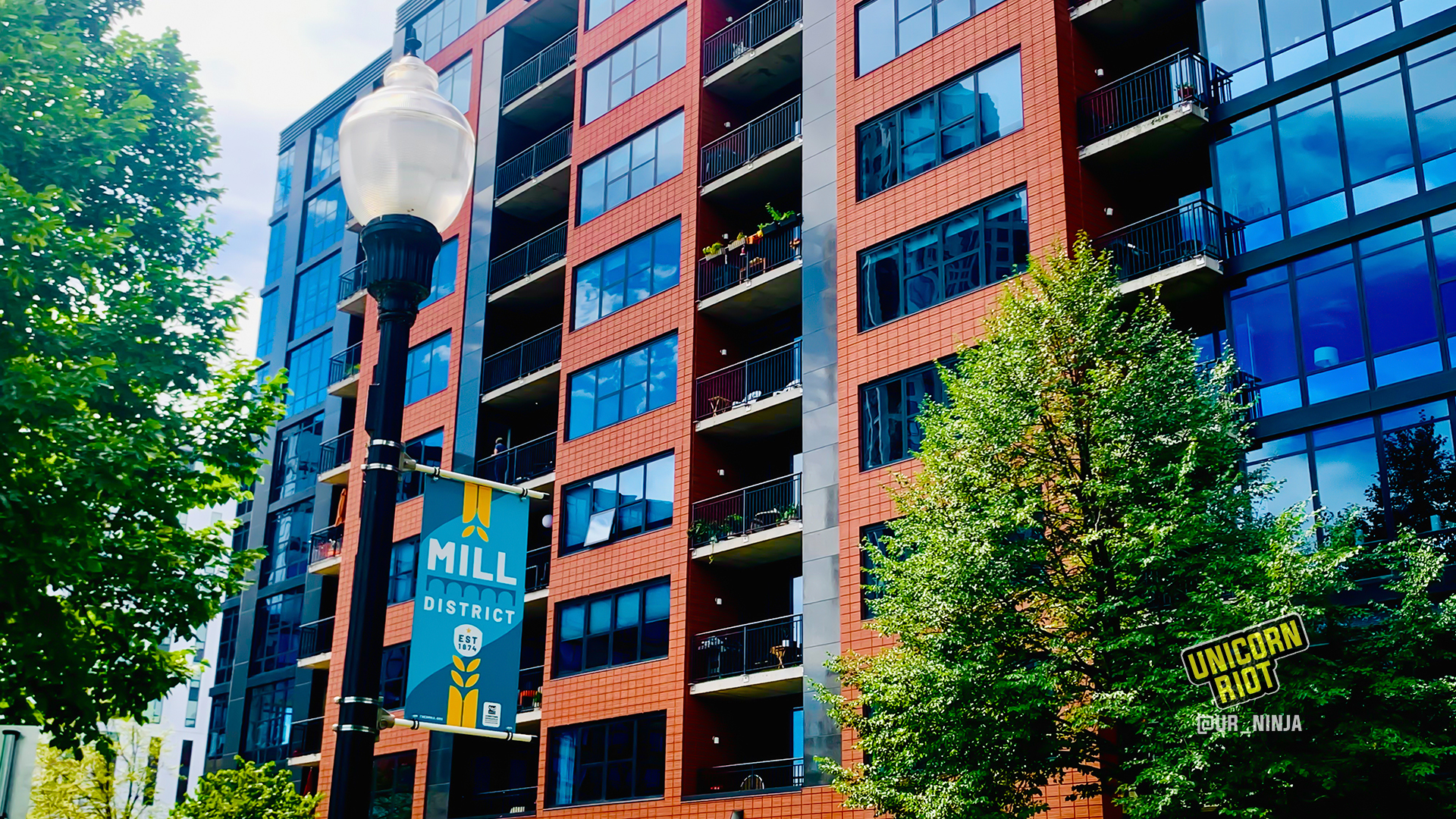 Clearing The Way For A Whiter, Wealthier Tax Base In Minneapolis

How The City Of Minneapolis Uses Racist Policies And Data To Target ‘Undesirable’ Populations.

As the Twin Cities metro area becomes more diverse, the city of Minneapolis trails behind the regions growth in diversity, with a population trending disproportionately whiter, wealthier, and, consequently more conservative in the past decade. This article demonstrates the intentionality behind this shift and the various tools at the city’s disposal to turnover “undesirable” neighborhoods, and challenges the notion that “upzoning” on its face will create a more equitable city.

“What has replaced the dialogue on urban problems is a public discourse that indicates active antagonism towards the poor.”

– Dr. Edward Goetz, The US War on Drugs as Urban Policy

Part 8 In The Series: 21st Century Jim Crow In The North Star City

Minneapolis, Minnesota – Minneapolis has experienced a real estate boom since the economic crash of 2008 which was triggered when lenders gave out millions of discriminatory home loans with adjustable interest rates to mostly Black and brown families causing a massive nationwide mortgage default.

In the past decade, the city added over 20,000 new units to its housing stock, with the overwhelming majority being rental units. With increased housing supply, Minneapolis added 60,000 new residents, according to the 2020 census. In recent years, the City of Minneapolis has attempted to codify “upzoning,” a practice where multi-family housing stock is increased citywide, with its 2040 plan that banned the new construction of single family homes throughout the city.

Despite the massive increase in housing stock, recent data suggests that the vast majority of new residents are white and of higher income. In 2010, Minneapolis was still a homeowner majority city but today it is a majority renter city with renters making up 53% of housing occupants.

At the same time, the median household income has skyrocketed by 42%, from $46,508 in 2010 to $66,068 in 2020. That suggests that it’s not just a construction boom but rather a luxury apartment rental boom targeted at a higher income demographic.

A former Minneapolis police officer told Unicorn Riot that the city used the war on drugs as the pretext to remove Black and brown communities from targeted areas to help make way for the population boom.

‘Weed And Seed,’ Policies As ‘Weapons Of Removal’

Sarah Saarela, a former cop turned vocal critic after officers from the Minneapolis Police Department (MPD) murdered Jamar Clark, said ‘Weed and Seed‘ was a federally funded war-on-drugs-era program MPD used to police certain parts of the city. “The Central neighborhood was targeted heavily by MPD in the 2000s to arrest and remove ‘the Bloods,’” referring to the notorious street gang that made their homebase in Central.

George Floyd was murdered by officer Derek Chauvin on the border of the Central neighborhood. 38th Street and Chicago Avenue where Floyd was killed, is still home to the Bloods. That corner has been a prime target of MPD for decades, according to Saarela. However, it didn’t start and end with the Bloods. The whole Black community was swept up in overzealous policing, as demonstrated by Floyd’s murder. “It was all about arresting people for livability crimes, which really was just white people calling the cops on Black people for anything,” Saarela said.

“Livability offenses” stem from post slavery vagrancy policies, also known as Black Codes, which were codified into law at the beginning of the Jim Crow era in order to criminalize Black men for petty issues in efforts to re-enslave them.

The Central neighborhood is part of Minneapolis’ historic Black Southside. Due to past racist housing policies such as “redlining,” where banks would systematically deny loans in Black communities after labeling them “risky” for investing, and racially restrictive housing covenants, it was one of few neighborhoods in South Minneapolis where Black families could live and put down roots.

However, in the past decade, the white population of Central has increased over sixty percent, growing from 21% of the neighborhood in 2010 to 34% today. Conversely, the Black population has halved in past decades, going from 46% of the community in 1990 to just 24% percent today. These trends are part of a bigger agenda, according to the former cop. “Weed and Seed was designed to displace Black and brown people and make way for gentrification,” Saarela said.

Downtown, Off-Limits To The Poor

Throughout this series, Unicorn Riot has reported on the SafeZone surveillance program in downtown Minneapolis. Target Corporation, downtown’s largest employer, in partnership with the city and county, created the SafeZone in efforts to rid the city’s center of “undesired” populations including unhoused people and transform downtown into a playground for “young corporate professionals.”

Target explicitly worked to suburbanize downtown. One Target executive said candidly in an interview from 2012, “[T]he guest demographic we seek is very much a woman with children…we want to be a lot more like Disney World and a lot less like a flea market.” Target’s stake in downtown Minneapolis is more like that of a real estate investor than a big box retail corporation because of its massive headquarters located there, according to sociologist Dr. Michael McQuarrie.

The geographic restriction policy, which has been detailed in this series by Unicorn Riot, is a commonly activated tool used by SafeZone authorities to make downtown more “livable” for new, wealthier residents. A judge could geographically restrict someone from being downtown after they’ve acquired a number of “livability offenses” and it has been determined by the judge that they refuse to follow conditions outlined by the court.

The overwhelming majority of people on the downtown geo-restriction list are Black. Geo-restrictions, which critics say resembles Jim Crow segregation, were struck down as unconstitutional by a grand jury years ago. But as previously reported, thanks to legal loopholes the practice continues today as prosecutors and judges found ways to work around it and placate corporate backers.

Dr. Edward Goetz, the Humphrey School of Public Affairs professor and director of the Center for Urban and Regional Affairs, has written extensively about the tools the City of Minneapolis has at its disposal to remove poor people from the city, primarily the war on drugs. “What has replaced the dialogue on urban problems is a public discourse,” that he says, “indicate[s] active antagonism towards the urban poor.”

In his book Clearing the Way: Deconcentrating the Poor in Urban America, Dr. Goetz wrote about the controversy the program caused. Shortly after its rollout, “The program became a flashpoint in the African American community, which regarded CODEFOR as simply an institutional form of harassment. The NAACP…called the program an unchecked abuse of police power aimed at people of color,” Goetz wrote. They labeled this technology racially discriminatory because of its focus on minor offenses committed by Black men in core urban neighborhoods, including downtown, while ignoring those of white men occuring in wealthier parts of town.

Saarela remembers using CODEFOR when she was on the force. “At roll call the sergeant would tell us we needed to get our ‘numbers up,’” Saarela told Unicorn Riot, referring to “livability crime” arrests. “They would tell us what neighborhoods we needed to target more.” Saarela said they never used any racist language but it was implied.****

CODEFOR had adverse effects on real estate in targeted communities. By using data to identify crime hotspots, this drove down demand as real estate agents steered people away from communities labeled high crime. But in communities that were being gentrified, realtors used racial undertones to assure clients that the neighborhood was “turning over,” according to Saarela, whose parents were Twin Cities’ realtors for two decades.

Many activists believe that crime data in communities of color is intentionally inflated to harm those communities making them more vulnerable to real estate investors and predatory lenders. The inflation of crime data hurts communities by driving down home values thus decreasing the already struggling community’s wealth, even when those neighborhoods are not particularly unsafe.

Gordon said CODEFOR data was public and the City of Minneapolis gave it to lenders and realtors regularly. Leading up to the Great Recession, data indicates that lenders including Wells Fargo and Countywide sold Black and brown families riskier home mortgages. With sophisticated technology, similar to CODEFOR, and numerous sources of publicly available data to identify potential customers, predatory lenders turn towards those very same neighborhoods police deem “hotspots” to market their products.

Big banks target communities with predatory loans where they believe the customers are “financially unsophisticated or vulnerable, and therefore most likely to accept highly unfavorable loan terms,” according to the federally sponsored lending corporation, Fannie Mae. In turn, this leads to increased mortgage defaults, home foreclosures, homelessness, and incarceration, thus completing the cycle of removal and achieving the desired outcomes of public and private interests.

“Urban policy is less about revitalizing cities and neighborhoods, and combating the disinvestment of capital, and it is more and more about controlling the dangerous classes.”

Part 8 in the Series: 21st Century Jim Crow in the North Star City

Through heavy-handed policing and predatory lending public and private interests converge, resulting in the loss of wealth, greater criminalization, continued discrimination and increased state violence against communities of color.

Although Minnesota ranks above all other states and Washington, D.C., for how well its residents are doing collectively, it ranks as the fourth most segregated state in the country. The gap between white and Black households in Minneapolis is one of the most pronounced in the U.S.

The median income for white households in Minneapolis is almost $74,000, while Black households earn slightly over $23,000 today, amounting to a $51,000 pay gap on average, which is the second worst in the nation following Milwaukee.

When There’s Political Will There’s A Way

Democratic political strategist Kendal Killian, who formerly worked in city hall and currently serves as senior advisor to Congresswoman Ilhan Omar’s reelection campaign, recently tweeted that this conservative shift in the city is not a natural one but one that was intentional by city leaders. “Our politics have shifted, and the very people we sought to attract are voting in their own self-interest. This is the city we deliberately sought to create.”

In a phone interview with Unicorn Riot, Killian said that the City of Minneapolis’ fate is not inevitable. “The way it trended whiter and more conservative in the past decade, it can also trend the opposite over this decade, if there was political will for it.”

Coming out of the 2008 recession, the mayor at the time, R.T. Rybak, used loud dog whistles and talked about attracting a certain demographic of “young corporate professionals” to the city with promises of breweries, boutique eateries, dog parks, grocery coops and farmers markets. Importantly, critics point out that behind the mayor’s rhetoric were draconian policies that displaced poor residents of color.

Recent data presented in this article demonstrates that the practice of “upzoning” alone won’t ensure population diversity or racial equity when authorities have at their disposal a number of policies to deconcentrate communities of color that they have deemed problematic.

Dr. Goetz believes such policies are little more than the authorities’ way to target communities they consider threatening. “Urban policy is less about revitalizing cities and neighborhoods, and combating the disinvestment of capital,” he wrote, “and it is more and more about controlling the dangerous classes.”