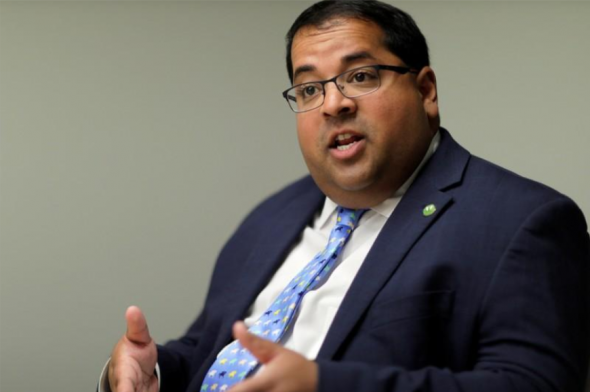 The groups have lawyers who “understand how to use all of the levers of federal and state law to frustrate pipeline development,” Neil Chatterjee, the chairman of the Federal Energy Regulatory Commission (FERC), told a meeting of natural gas industry officials.

Some recent approvals of natural gas pipelines, such as the Atlantic Coast Pipeline from West Virginia to North Carolina, have taken two years or more. Chatterjee said he hoped a timeline of two-plus years would not become the new industry norm.

While industry officials have often complained about climate activists, Chatterjee’s comments, which he said reflected his opinion, are rare for a regulator.

He did not identify any specific green groups, but the Sierra Club and 350.org both have campaigns to reject pipelines filled with gas from hydraulic fracturing, or fracking, projects. The groups are fighting development of fossil fuels including oil, coal and fracked natural gas, because they say the production slows the transition to cleaner sources, like wind and solar power, and the conservation and storage of energy.

The Trump administration is trying to boost output of the fuels to increase jobs in the industry and sell energy exports to allies.

In August, the Court of Appeals for the District of Columbia Circuit Court rejected FERC’s approval of the Southeast Market Pipelines Project to bring gas to power plants in Florida after the Sierra Club sued the agency over the climate impact of burning the gas.

The lawyers with green groups exert pressure on the FERC review processes using legal strategies on federal endangered species, clean water and environmental review laws, said Chatterjee, a Republican. He will head FERC until next month’s expected swearing in of Kevin McIntyre, an energy industry lawyer.

As energy companies seek to transport gas to cities and to a growing number of liquefied natural gas operations for export, the approval of pipelines will top the agenda next year for FERC.