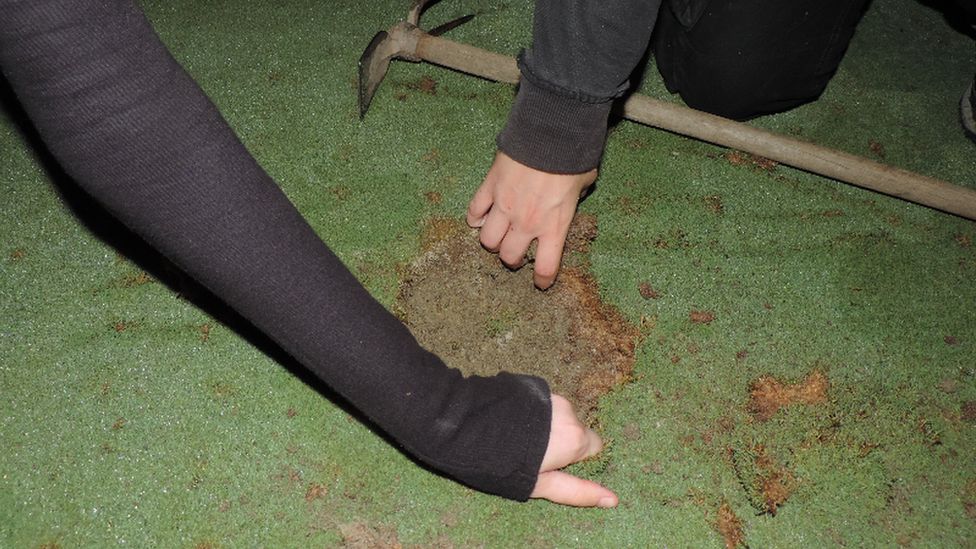 Climate activists in southern France have filled golf course holes with cement to protest against the exemption of golf greens from water bans amid the country’s severe drought.

The group targeted sites near the city of Toulouse, calling golf the “leisure industry of the most privileged”.

The exemption of golf greens has sparked controversy as 100 French villages are short of drinking water.

“A golf course without a green is like an ice-rink without ice,” Gérard Rougier of the French Golf Federation told the France Info news website. He added that 15,000 people worked in golf courses across the country.

The recent action targeted courses in the towns of Vieille-Toulouse and Blagnac. It was claimed by the local branch of the Extinction Rebellion movement.

In a petition, the activists said the exemption showed that “economic madness takes precedence over ecological reason”.

While residents cannot water their gardens or wash their cars in the worst-hit municipalities, golf courses have escaped the nationwide restrictions.

The water bans are decreed nationally, but enforcement is at the discretion of regional officials. So far only one area, Ille-et-Villaine in western France, has diverged, banning the watering of golf courses.

The Green mayor of the south-eastern city of Grenoble city, Éric Piolle, criticized the exemption saying: “We continue to protect the rich and powerful.”

Some constraints on the golf course remain. Watering must be carried out at night with no more than 30% of the usual volume of water.

Some parts of the Loire river have virtually dried up. Across two-thirds of France, a state of crisis has been declared, with rainfall down by some 85%.