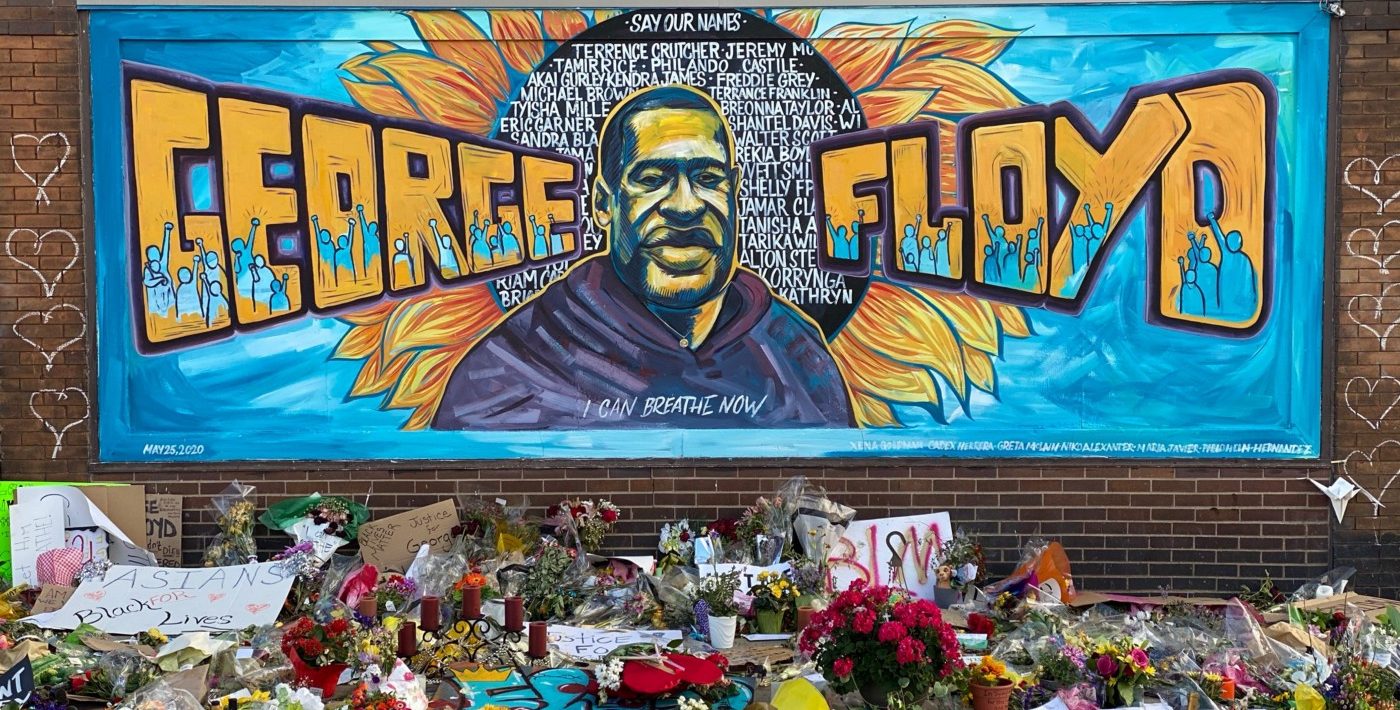 We live in a world where government agents can kill hundreds of people a year, without the whole system being held accountable. When the crisis presents the opportunity for billionaires to extract even more wealth from people and the planet, how can we expect that same government to be accountable to climate change?

Police violence scares me more than climate change. I co-lead an organization focused on climate change, and I find myself paralyzed figuring out how to engage in this political moment because police violence terrifies me. There isn’t a day that I don’t worry about my own safety or that of my family at the hands of the state. On any random day, we could be pulled over while my husband is driving our son home from daycare (#PhilandoCastile). Someone could call the cops on my 12-year-old cousin for playing in his apartment building’s front yard (#TamirRice). I worry that the cops might break into my home looking for someone who doesn’t even live here and shoot me in the middle of the night (#BreonnaTaylor). Unlike most folks who people see as the face of the climate movement, I have the undue burden of living life battling both #climateanxiety and #policeanxiety.

We’re experiencing complex hardships that exhaust us mentally, emotionally, and physically. I never thought that this country was perfect, but like most of you, I did grow up believing that there was some kind of stability if I did things “right”. If I went to college, if I worked hard, and if I conformed in the “right” ways to the white, heterosexual, and cis-gender worlds, I could reasonably expect to live out the rest of my life in reasonable security and stability. I’ll tell you, as someone who was raised by descendants of US Slavery who experienced Jim Crow segregation first hand, that kind of stability is really appealing. Weeks like this one reminds me that that vision of stability was never a reality for queer black womxn in this country; and will never be in its current configuration.

It’s heartwarming to see solidarity statements on Instagram from climate orgs of all sizes. For a moment, I feel seen. Then, I think about the racial composition of many or most of these climate organizations. I reflect on stories shared with me from Black folks and other folks of color about how they have been treated as expendable, tokenized (or two-kenized), and traumatized to the extent that they leave the climate movement, harmed by this movement that told them that the movement was invested in their wellbeing and future.

Which brings me back to my point: To win on climate, we have to challenge and upend the power structures that have allowed the behemoth of state violence and racial injustice. We have to reshape the system that has allowed us to arrive at this climate crisis to begin with. We have to hold the white supremacist, capitalist patriarchy to account and build power collectively to create a better future for all of us. Right now, Black folks, Indigenous folks, and other folks of color are on the frontlines of the climate crisis, but if we are shot on our way to joining the climate movement, what’s the point?

There are a lot of reasons why the George Floyd case is triggering this upheaval; among them, anxieties and fears amidst the COVID-19 pandemic; economic anxieties, fascism that I can no longer call “creeping,” and so much more. But what I think is really resonating with people is that it turns the “few bad apples” narrative upside down. There were 3 other police officers who watched and participated as their colleague violently suffocated another human being for eight minutes and forty-six seconds while that man was crying for help saying he couldn’t breathe. Not one of them stopped that colleague. Can someone tell me what the odds of four of those “few bad apples” having been on the same call that day?

Maybe you’re wondering why people can’t be more patient and work within the system, because it seems like things are slowly getting better, after all. The truth is that they aren’t getting better. More Black men are incarcerated today, under legalized slavery, than were enslaved in 1863. Black folks are twice as likely to die from COVID-19, and carry the weight of unequal access to healthcare that leads to deadly consequences for things as seemingly routine as childbirth or as terrifying as cancer. To make things worse, the trauma that we carry from experiencing moments like this, where the powers that be tell us our Black lives aren’t valuable and that any of us — literally — could be next, makes even manageable health conditions like high blood pressure or diabetes deadly. This is the intended design of this project that is the United States of America.

To be clear: the police system in this country can directly trace its roots to slave patrols. Since 9/11, our police systems have been emboldened by our nation’s increasing investment in militarism, receiving military surplus to justify our bloated military budget. And we’ve also got to note that Big Oil’s interests are directly linked to the US military system that bombs its way into countries filled with Brown and Black people to gain access to their oil.

Meanwhile, we’ve seen our public schools (including state universities), healthcare, and the entire social safety net defunded to support a War on Terror that reinforces the white supremacist power structure that allows state-sanctioned murder of Black Americans to go without redress. By tearing down this police state, we’re also chipping away at the military and Big Oil’s standing. Dismantling this death grip on our economic system and funding a human-centered budget is a core part of a larger vision for reparations for this country’s original and continued sins.

How do we go about dismantling these systems, the ones that Martin Luther King Jr’s coined the “Triplets of Evil”: Economic Exploitation, Militarism, and Racism? I’m not going to pretend like I have those answers.

We’re centuries into this project of global terrorism in the name of capitalism, it’s entrenched in every single area of our lives. People, my heroes, have been fighting against that system for generations. One thing that I know for sure is that voting isn’t the only or most important answer right now since politicians won’t save us. Want proof? The neighborhood where George Floyd was killed is represented by progressive elected officials of color.

We live in a world where government agents can kill hundreds and thousands of people a year, without the whole system being held accountable. Again, my question is: how can we expect that same government to be accountable to mitigate climate change, when the crisis itself presents billionaires with the opportunity to extract even more wealth?

We must defund the police and military-industrial complex. We have to reimagine government support for everyday people; things like social workers trained in de-escalation, mental healthcare access, and a functional economic system that allows for meaningful work are critical to building the just, safe, communities that we deserve.

Building power means pushing the government to care about people over dollars and enact policies that support that ethos. When all four cops who stood by and enacted George Floyd’s senseless murder can be brought to justice, we’re a step closer to reaching our immediate goals on halting climate catastrophe. When we build this power, we are closer to Indigenous sovereignty, environmental, reproductive, migrant, economic, and social justice as a whole.

The way that we win on mitigating climate change is to enforce government accountability to its citizens and right now, that means fighting for justice for George Floyd. If you care about people, humanity, and justice, now is the time to show up for Black Lives and build Black political power. There are ways you can and should be doing this work: Show up in solidarity with the Movement for Black Lives, centering the cause of Black liberation, and lift up insightful Black leadership in climate work.

You can donate money to protest defense funds, individual organizers out in the streets directly doing the work, and to Black-led organizations invested in building power for the long haul.

To show up for Black folks in the Climate Movement, it means consciously choosing your movement homes. It means looking at who is in the room, asking why Black folks aren’t there. Choosing carefully means paying attention to who’s been around the longest and who has the power. If that power doesn’t look like the movement you’re trying to be a part of, choosing carefully means leaving and finding the work that Black folks, Indigenous Folks, and folks of color are leading, and plugging into that.

Choosing a movement home carefully means intentionally centering those most affected by climate change and environmental racism: Black and Indigenous folks, and people of color, every day. Supporting the climate movement we deserve, the one that we need to win, means moving money and social capital towards supporting our leadership and vision for building an inclusive, powerful movement for climate justice.