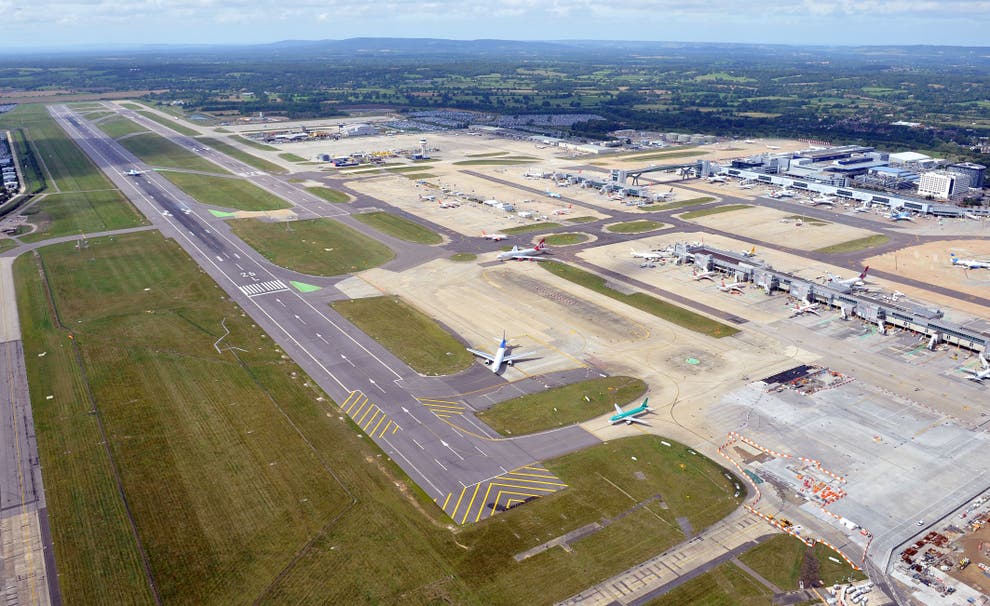 ‘Any Emissions Reductions From Technological Developments Will Be Eaten Up By Plans For Expansion Of The Sector,’ Says Safe Landing.

Campaigners are planning to protest at Bristol, Doncaster-Sheffield, Gatwick, Glasgow, Leeds-Bradford, London-City, Luton, Liverpool, Manchester and Southampton airports from 11am on Saturday.

The action has been organised by Stay Grounded – a global network of more than 160 member organisations promoting alternatives to aviation to address climate change – as part of the COP26 Coalition Global Action Days, and is calling for the halt of airport expansion and for an end to the “greenwashing” of aviation.

Recommendations from the government advisory body the Climate Change Committee (CCC) stipulate that there should be no further expansion of airport capacity in the UK if the country is to meet its emissions targets.

The CCC has warned that techno-fixes alone, such as Sustainable Aviation Fuels (SAF), will not be enough to hit net zero in the aviation industry by 2050.

But politicians have consistently refused to endorse any reduction in flights, or any restraint on further aviation growth.

Speaking ahead of a UN climate conference earlier this year, MP Rachel Maclean – the minister in charge of government policy on the future of transport and decarbonisation – said flying was one of the things that “make life worth living” and that the government would not place any restrictions on the aviation industry.

“Instead we demand that immediate action is taken to prevent any expansion of flying and associated emissions growth.

“Just one return flight from London to New York emits as much greenhouse gas as the average UK household does in a whole year.”

Finlay Asher, an aircraft engine designer who now leads aviation workers’ initiative Safe Landing, added: “Any emissions reductions from technological developments will be eaten up by plans for expansion of the sector. Growth is the problem.

“That’s why no airport should be allowed to expand.”

All 10 of the airports targeted by protesters on Saturday have expansion plans in the works.

Airlines are increasingly committing to becoming “greener” by using technology such as Sustainable Aviation Fuels (SAF) – however, these will account for 10 per cent of aviation fuel, at most, by 2030, and SAFs emit at least as much CO2 inflight as conventional kerosene.