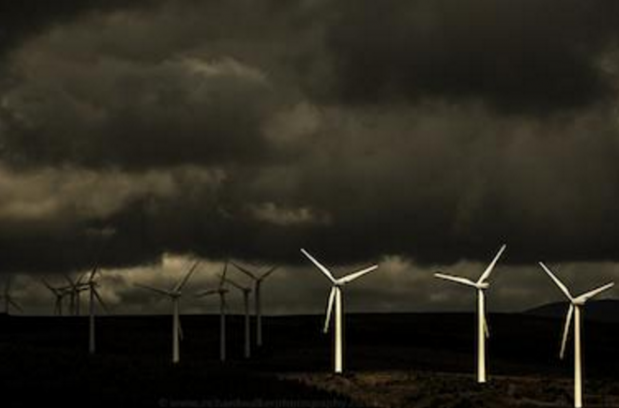 A host of innovations in energy technology is transforming the climate-change outlook – one of the world’s three required paradigm shifts.

Heatwaves of more than 50⁰C in Iraq and India in recent weeks are yet further indications that climate disruption is a present-day reality, not something for the future that the world can respond to at leisure. They come in the wake of many months of increasing global temperatures and successively escalating years: 2014 the warmest on record, 2015 exceeding that, and 2016 confidently expected to be even higher (see “The climate pioneers: look south“, 22 June 2016)

None of this should come as any surprise, since climate scientists have been warning repeatedly that the global climate is starting to become unstable. That judgment was reflected in the decision at the Paris climate summit in December 2015 to revise its aim for global-temperature increases: a limit of 1.5⁰C instead of the previous target of 2.0⁰C.

Many states agreed to the new objective, which was seen as the major achievement of the Paris meeting. But it has now become clear that on present trends, there is very little chance of it being achieved (see “Scientists warn mankind will miss crucial climate change target – eight months after agreeing it“, Independent, 7 August 2016). Indeed, figures for February-March 2016 showed an increase of 1.38⁰C, already very near to the long-term target, even as all the indications suggest there will be major additional rises in the next few years.

In any case, many climate scientists and energy analysts argue that the current targets for reducing emissions are far too low. This is because carbon dioxide in the atmosphere has a slow rate of circulation, meaning that – even if the rate of emissions is brought under control – there is a considerable ‘lag’ phase before concentrations are reduced.

Benjamin M Sanderson of the US National Center for Atmospheric Research (NCAR) puts it this way:

“If the world puts all its resources into finding ways to generate power without burning fossil fuels, and if there were international agreements that action must happen instantly, and if carbon emissions were brought down to zero before 2050, then a rise of no more than 1.5C might just be achieved.”

Others argue that all coal-fired power-stations worldwide should be closed down by the early 2020s and all use of the internal combustion engine – in cars, trucks, buses and the rest – must end by 2030. This all mandates an almost unbelievable rate of transition, yet such is the growing impact of climate disruption that it is becoming uncomfortably necessary.

The natural reaction is to say that it cannot and therefore won’t happen, or not at least until climate-related disasters become so extreme that even the most recalcitrant of governments accepts the need for change. The implication is that only huge catastrophes with loss of life in the millions will have the necessary impact.

Yet what is also becoming clear, almost by the week, is a much more positive prognosis based on the rapid advances being made in the development of renewable-energy resources and of energy storage.

A few prescient analysts, Jeremy Leggett for one, have long argued that this element of human futures is much brighter than appreciated. It is a view backed up by a series of technological developments. Many of these are covered in Chris Goodall’s new book The Switch (Profile Books, 2016), which examines the potential for solar power and the beginnings of a revolution in energy storage. The Switch – worth a few hours of anyone’s time – focuses especially on recent and current improvements in efficiency, and consequent substantial decreases in costs.

Moreover, methods are now being designed to marry perovskite layers with the more traditional silicon-based sheets to produce tandem-layered hybrids. Marketing of these may start in 2017, only eight years after perovskites were first developed in a power-producing form (see Chelsea Harvey, “This technology may be the future of solar energy”, Washington Post, 15 January 2016).

There have also been impressive innovations in wind-turbine research as well as the scaling-up of systems. Near where we live, the Royd Moor wind farm in south Yorkshire was one of the early UK wind farms – thirteen turbines constructed in the late 1990s, each of them rated at 650 kilowatts. Turbines five times that size are now routine and ten times that size are under construction, allowing for some offshore arrays similar in power output to large conventional coal- or oil-fired power-stations.

A further area of particularly rapid progress, also one dealt with at length byChris Goodall, is energy storage. Most projects here focus on improvements in batteries and also the scaling up of battery factories, giving economies of scale unheard of even a decade ago. Some of the new approaches that are currently in an early state of development have huge potential in the longer term – and with luck that might translate to within a decade.

One such approach is to use surplus power from wind-turbine arrays – on windy nights, for example – to split water into its constituents of hydrogen and oxygen, then utilise micro-organisms that can combine the hydrogen with carbon from carbon dioxide to produce a range of hydrocarbons which can be stored for producing energy when the sun doesn’t shine and the wind doesn’t blow.

If these and other systems can be developed – and the outlook is positive –  then this meets head on the argument against most renewable-energy sources: that they are intermittent, whereas demand is constant.

A straw in the wind

If all of this sounds too pie in the sky, then the past week has seen one of the most fascinating indicators of the sheer rate of change – the decision of theEconomist to oppose the construction of the UK’s planned Hinkley Point nuclear-power station on the grounds that it “…would tie Britain into an energy system that is already out of date” (see “When the facts change…”, Economist, 6 August 2016).

The magazine focuses on the current and projected improvements in the efficiency of renewable-energy resources compared with nuclear, focusing on the 2010-18 timespan with an emphasis on solar and onshore wind. As it says: “Since Hinkley became a serious proposal less than a decade ago, the cost of nuclear power has increased, that of renewable has fallen and the price of battery storage – which could one day disrupt the entire power system – has plummeted.”

It is just possible that Hinkley will still go ahead, but only because of politicalpressure from co-funder China. It is more likely that it will be cancelled, or perhaps the project will stagger on for two or three years before succumbing to economic obsolescence.

This series of columns has long emphasised the critical need for three paradigm shifts – away from the dysfunctional neo-liberal world economy, awayfrom a militaristic mindset of meeting threats with force, and away from unsustainable environmental impacts. These arguments are elaborated in a new book, Irregular War: ISIS and the New Threat from the Margins (IB Tauris, 2016). At long last a key element of one of those now really does seem possible, and that is surely cause for just a little celebration.