“Out of the Labs and into the Streets!” was the rallying cry at a demonstration of scientists in San Francisco organized to demonstrate opposition in the scientific community to the climate-denying/pro-fossil fuel views of Donald Trump. The rally took place outside a convention of the American Geophysical Union – the largest gathering of scientists, including climate scientists, since the election. Yerba Buena Plaza, San Francisco, December 13, 2016.
More photos: https://goo.gl/photos/WpXkTqnfss5shpvx6

With hope, exhaustion, and a fair bit of anger, dozens of scientists and climate experts met to protest the coming Trump Administration.

An estimated 26,000 scientists met today at the American Geophysical Union’s (AGU) annual conference in San Francisco, California. It was the first major gathering of climate experts since the election of Donald Trump, and the findings shared there were appropriately grim: Our planet is changing—for the worse—and nowhere is this more apparent than the Arctic where rising temperatures, disappearing sea ice, and dwindling species populations are evidence of our collective inaction.

Organized by ClimateTruth.org and the environmental nonprofit, The Natural History Museum, today’s gathering was intended to demonstrate that attacks on science won’t go unnoticed. Speakers included members from the scientific community, indigenous groups, and grassroots collectives, each of whom shared their concerns about the Trump Administration.

“We don’t want to be here,” Naomi Oreskes, an earth and planetary science professor at Harvard University, shouted to a crowd of several hundred people in San Francisco’s Jessie Square. “We want to be doing the work we were trained and educated to do, which is science. So don’t get upset, don’t get depressed. Get organized.”

SARAH MYHRE, POSTDOCTORAL RESEARCH ASSOCIATE AT THE UNIVERSITY OF WASHINGTON 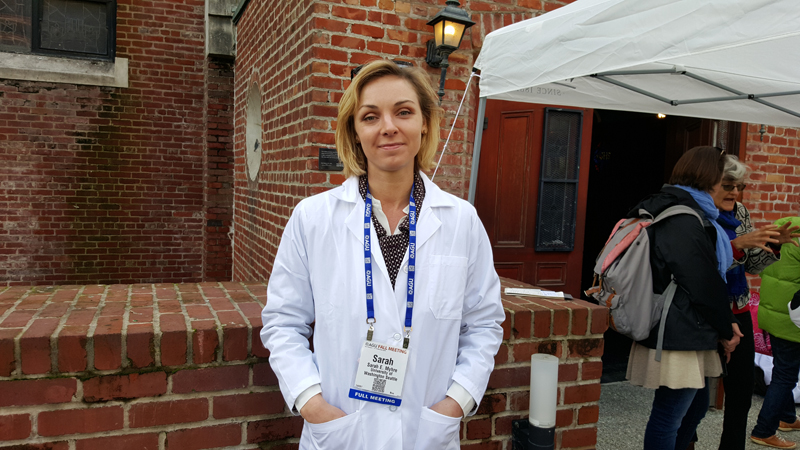 The mobilization of hate. The destabilization of the geopolitical sphere. The targeting of people who are trying to do good work and solve problems. The cost and risks down the line. My community of scientists… We’re really scared. We’re not sure what our role should be… How to lead in a world of bullying and hate. We’re trying to show up.

[Audible sigh] It’s really strange and really unfortunate. The hypocrisy of that is that Rex Tillerson is on the record saying that climate change is real. While I don’t agree with his nomination, at least he stands for some sort of evidence-based decision making. It’s a strange time to be making that kind of statement.

I don’t think science has ever been separate from politics. The way that we understand the world as scientists is directly relevant to how we make decisions, and how we mitigate risk, and how we reduce cost. Evidence-based decision making has been at the forefront of so many of our political agendas in the 20th and 21st centuries. I don’t think this is any different than a lot of the battles we’ve fought culturally in the past.

I don’t know about that. I’ll wait and pass judgment when I see it. But if they really want to lead on climate change, there are really clear ways to move forward, and I haven’t seen any of that language coming from the Trump Administration or Ivanka herself. She needs to stop selling handbags and start doing things to support the nation.

BENJAMIN STENZLER, DOCTORAL STUDENT AT THE UNIVERSITY OF OTTAWA 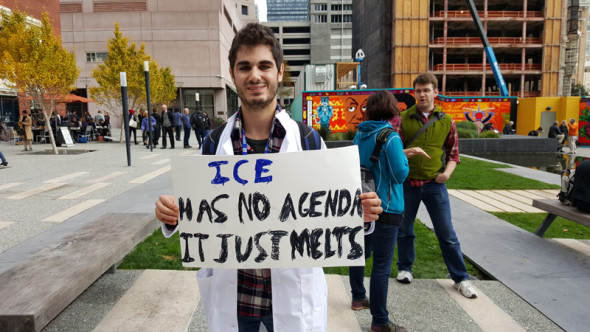 I want to get a very simple message across: Science doesn’t know right or wrong, it just knows truth. 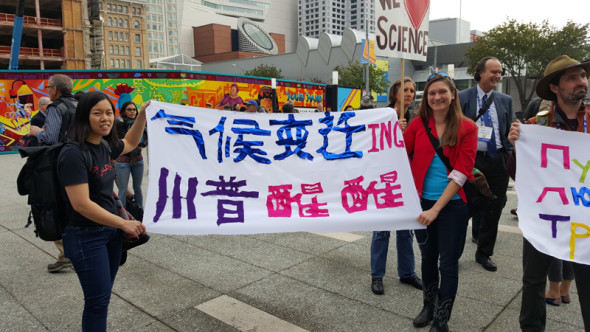 The persecution of scientists, and the muzzling and discrediting of the press.

I think they’ve always been inseparable. Science is political.

We have no evidence to show that Donald Trump is going to listen to anyone. 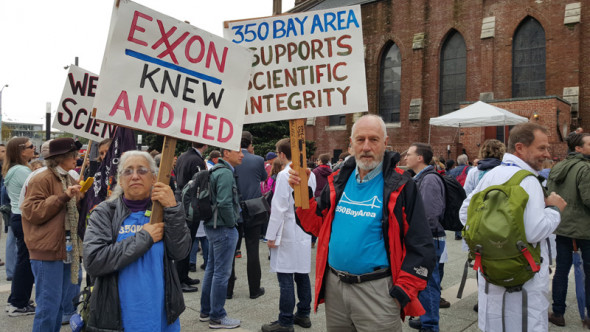 I’m terribly concerned about having a climate denier in the White House, and the kind of people put in charge as Secretary of State and of the EPA [Environmental Protection Agency].

The possibility that he’s going to retract our involvement in the Paris Agreement. That we’re no longer going to be a leader in moving the world forward for children, animals, and island nations.

Absolute disaster. He has no experience in diplomacy, and he’s going to pursue the interests of his company. Oil should stay in the ground.

They’re very different things but they have to be aligned if we’re going to get anything done.

She certainly didn’t change anyone’s mind about the Secretary of State or EPA [nominations]! But anything she can do, I can accept.