‘CNN Should Register As Agent Of Capitalism’

Ajamu Baraka, the vice presidential candidate for the Green Party in the 2016 election, has criticized this week’s decision to force RT America to register as a foreign agent. Instead, he insisted mainstream media officially declare their agendas.

On Friday, the US Department of Justice (DOJ) said that the channel has to file for the designation by Monday or face legal consequences.

“This is outrageous and should be opposed by all who support free flow of information,” tweeted Baraka, who was on the ticket with Jill Stein in the presidential race. 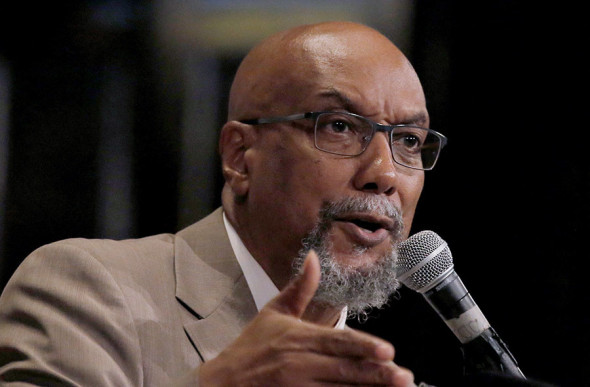 Before being picked up by the DOJ, the initiative to apply the 1938 Foreign Agents Registration Act (FARA) – designed to stop Nazi propaganda on US soil – initially came from Congress, particularly Democrats keen to pin Hillary Clinton’s defeat to Donald Trump on Russia’s alleged electoral interference.

Thanks democrats. The real fascists. https://t.co/W5PDE00IZs

In a linked article, Baraka, a noted black rights activist, wrote that a “new McCarthyism in America is being led by centrist and liberal Democrats utilizing the almost comical notion that Russia possesses the power and influence to not only impact elections but also create racial tensions.” Baraka also noted that singling out RT – there are no other media organizations on the current FARA list – not only creates an artificial divide with other media that receive state funding, such as the BBC and Deutsche Welle, but also the domestic mainstream giants. “CNN, NYTs, Wash Post should register as agents of capitalism,” wrote Baraka.

CNN, NYTs, Wash Post should register as agents of capitalism

The Washington Post is owned by Amazon billionaire Jeff Bezos, the New York Times by the Ochs-Sulzberger family, and CNN by the multinational giant Time Warner.

On Saturday, Russian President Vladimir Putin promised retaliatory measures following the DOJ decision, likely involving the operations of US media outlets in Russia, but expressed alarm at the growing trend for filtering out unfavorable views.

“The media’s perspective can be challenged, but not by shutting down the media or creating conditions to make it impossible to carry out its professional activities, but by presenting your own perspective, presenting your information to the audience,” the Russian leader said during the APEC summit in Vietnam.