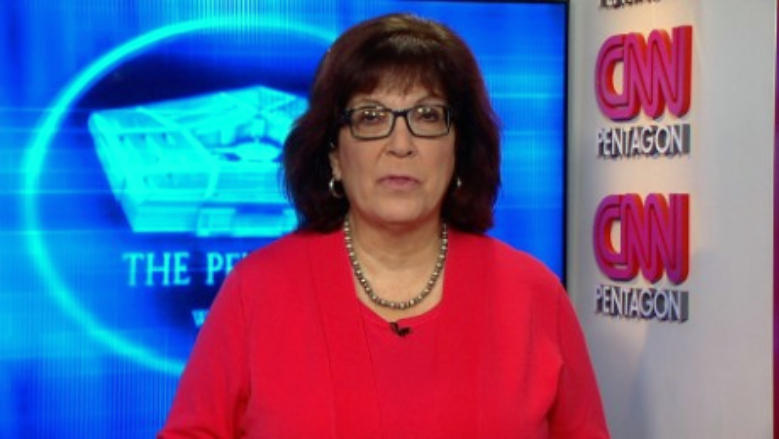 On Tuesday, hours after President Donald Trump pulled out of the Iran deal (formally known as the Joint Comprehensive Plan of Action), Starr (5/8/18) rushed to publish an anonymously sourced and transparently propagandistic press release for the Trump administration and Pentagon. Wouldn’t it be easier if Starr just skipped the middleman and just worked for the DoD?

In her 513-word piece, “US Officials Growing Increasingly Concerned Iran Could Attack Israel,” Starr mindlessly repeated “concerns” by unnamed US Department of Defense and Israeli Defense Force officials that Iran might directly attack Israel and/or Israeli positions in occupied Syria—something that has never happened in recorded history:

There are increasing concerns Iran is on the cusp of an attack against Israel, several US military officials told CNN.

Intelligence is not clear on when an attack could come and what form it would take, they said, with one official noting that “if there is an attack, it might not be immediately clear it’s Iran.”

The US is watching very closely to see if Iranian-backed actions could come from inside Syria or Lebanon, or even from inside Iran itself, though that would be considered a major military escalation.

“Increasing concerns” by whom? Increased relative to what? Who are these “military officials”? If they have no clue “what form” such attacks would take or when they would be carried out, what is the public supposed to do with this information? (Don’t be confused it it’s not “immediately clear it’s Iran”—trust us, it will be!) Moreover, why are these vague, temporally uncertain “concerns” being reported at all?

The answer is clear: The Pentagon is using CNN to stoke panic about Iran by accusing them of pre-crime without a shred of evidence, neutral analysis or third-party validation. It’s a Defense Department press release in its purest form, designed solely to scare the reader and justify Trump’s escalation of hostilities toward Iran.

Was Starr presented with evidence of troop movements? Keyhole satellite photos of repositioned missile systems? Statements from Iran? Leaks from Islamic Revolutionary Guard Corps that would justify this being news? No. The report is 100 percent curated leaks by the US and Israeli militaries that serve no apparent purpose other than to demonize an enemy in their crosshairs.

To raise the stakes, Starr dubiously writes “at the same time, Iran has covertly shipped missiles into Syria, according to the US.” But there’s nothing “covert” about Iran’s military support of the Syrian government, including providing the Syrian army with missiles. It’s out in the open and has been for several years. The only plausible reason Starr would add the airport-thriller qualifier “covert” to a routine, years-old policy is to paint the weapons shipment as escalation on the part of Iran—as she did when reporting the “news” of said shipments in a similar DoD/IDF press release last month (CNN, 4/25/18).

Barbara Starr has a long, storied career of acting—in effect if not in name—as a Department of Defense spokesperson (FAIR.org, 4/5/10, 6/27/13, 5/13/13, 8/22/14, 10/14/16). It would both streamline the process and give readers more clarity if she wrote up Defense Department spin for the US government itself, rather than doing so for Time Warner under the auspices of reporting news.