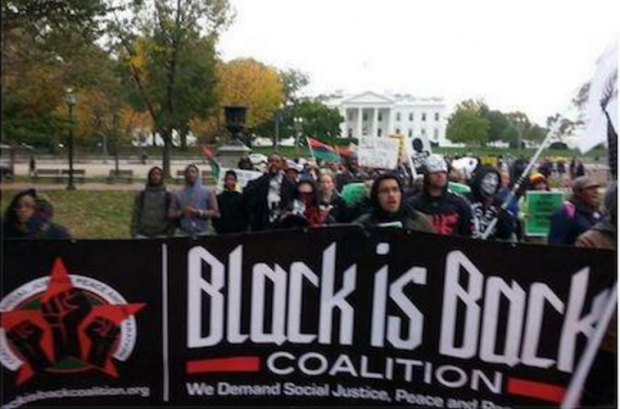 Coalition Declares Black Self-Determination Back On The Agenda

After two generations of “Black social disintegration, economic retrogression and political confusion” ushered in through the collaboration of the Black Misleadership Class, “Black people have rediscovered and revived the Black Radical Tradition, with self-determination at the core.” The Black is Back Coalition is promulgating a groundbreaking 19-point Black political agenda entirely “formulated through the prism of Black self-determination.”

“The Coalition ‘does not believe that our future should be in the hands of any institution that does not have its origins within our own community and has not been forged through the struggles of our people.’”

There have always been two main political imperatives in Black America. One has sought “representation” at all levels within the surrounding, hostile, white supremacist society, and celebrates the elevation of individual Blacks to high social, political and economic status. As a practical matter, under this kind of politics, the condition of the Black masses is secondary — yet, the great bulk of Black people are expected to follow the political direction of the upwardly mobile minority. This “representationalist” Black politics makes no transformative demands on the United States, and is quite satisfied if there is a steady growth in the number of Black faces in high places.

The other main political tendency in Black America seeks self-determination: independent political, economic and social power for Black people as a group. Those that seek self-determination contend that Black people have the right to determine their own destiny and are certainly not answerable to a white society that has enslaved, oppressed and reviled them.

Throughout Black people’s history in the U.S., these two political tendencies have maintained an uneasy coexistence, even simultaneously inhabiting the same individual Black brain. However, with the fall of legal U.S. apartheid in the mid-Sixties and the crushing of Black self-determinationist forces by the U.S. State a few years later, a Black Misleadership Class emerged that was concerned solely with its own narrow interests — with putting their own selfish faces into high places. This grasping and venal political class collaborated with the U.S. State to impose a mass Black incarceration regime — what Michelle Alexander calls the New Jim Crow — and ushered in a two-generation-long era of Black social disintegration, economic retrogression and political confusion.

Today, however, the Black imperative to self-determination is in ascendance. Especially in the last several years, Black people have rediscovered and revived the Black Radical Tradition, with self-determination at the core. The emerging movement that goes under the heading of Black Lives Matter is largely animated by the drive for Black self-determination, albeit commingled with notions of representationalism. Both tendencies find expression in the Movement for Black Lives newly released demands.

The Black is Back Coalition for Social Justice, Peace and Reparations, founded in 2009, has always put Black self-determination first, and has now codified this principle in a 19 point National Black Political Agenda for Self-Determination, to be offered “for discussion and adoption” by Black people in a process that begins at a national conference in Philadelphia, August 13 and 14. The 19 points cover the broadest range of Black political concerns, from Black Community Control of Police, ending mass Black incarceration, freedom for political prisoners; to demands concerning Black women and families, gentrification, reparations, self-defense, nationalizing the banks, the right to housing, heath care, education, and universal enfranchisement; the necessity for socialist democracy, the defeat of U.S. imperialism and a payback of the Western debt to Africa, freedom for Palestine, and saving the Earth’s environment from the capitalist system that is destroying it.

Each and every of the 19 points is formulated through the prism of Black self-determination. As the Black Is Back Coalition states in its Declaration on the need for a National Black Political Agenda for Self-Determination, the Coalition “does not believe that our future should be in the hands of any institution that does not have its origins within our own community and has not been forged through the struggles of our people.”

The August 13th and 14th conference in Philadelphia will set the stage of discussions of the Agenda for Self Determination in cities across the country, culminating in a conference in Washington, DC, following the Black Is Back Coalition’s traditional rally and march on the White House, in November. Black is Back, and so is Black self-determination, because there can be no democracy without it.