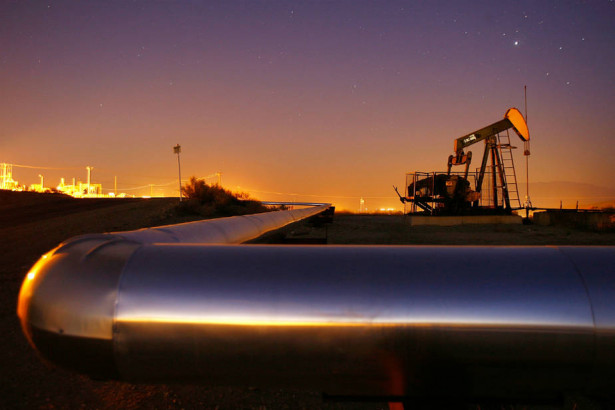 Above Photo: Lawsuits filed by two coastal California counties and a city argue that fossil fuel companies named in the lawsuits knew greenhouse gas emissions had a significant impact on the climate and sea levels and “concealed the dangers.” Credit: David McNew/Getty Images

Similar to the tobacco lawsuits of the 1990s, the California lawsuits argue that the companies failed to warn about dangers from their products.

Two California counties and a city are suing 37 fossil fuel companies, accusing them of knowingly emitting dangerous greenhouse gases that have contributed to global warming that threatens their communities with sea level rise.

It won’t be an easy case to make, legal experts say, but it’s drawing the interest of private attorneys who see enough potential to take it on.

Marin and San Mateo counties, near San Francisco, and the city of Imperial Beach, south of San Diego, filed the new lawsuits in California Superior Court on Monday against Exxon, Shell and 35 other oil, gas and coal companies.

Their lawsuits accuse the companies of having known, for nearly five decades, “that greenhouse gas pollution from their fossil fuel products had a significant impact on the Earth’s climate and sea levels.” They say the companies’ “awareness of the negative implications of their behavior corresponds” with rising greenhouse gas emissions. Together, the lawsuits say, the companies were responsible for roughly 20 percent of total emissions from 1965 to 2015.

The lawsuits contend that the companies “concealed the dangers, sought to undermine public support for greenhouse gas regulation, and engaged in massive campaigns to promote the ever-increasing use of their products at ever greater volumes.”

The municipalities argue that the companies’ actions amounted to negligence and a public nuisance—and they also contend that the companies failed to warn the public about dangers of their products, among other allegations.

The main trade group representing the oil and gas industries, the American Petroleum Institute, and representatives for Exxon and Shell did not respond on Tuesday to messages seeking comment on the lawsuits.

The lawsuits are not the first to pursue companies for their greenhouse gas emissions, but they present new twists.

“The public nuisance claims have been made before, though they never reached a resolution,” said Michael Burger, executive director of the Sabin Center for Climate Change Law at Columbia University.

“What’s different here is the ‘failure to warn’ and ‘design defect’ claims—they have not been made in regard to climate change yet—and these are claims that rely on a long history of the industry’s knowledge and allegedly deceptive activities,” he said.

While those types of claims are similar to ones made against the tobacco industry, they could be harder to prove.

“There are a number of significant legal hurdles,” Burger said. “They have to show causation.”

“It’s easy enough to say these companies pulled fossil fuel out of the ground,” Burger said. “Proving that these particular emissions that came from these fossil fuel companies led to this particular level of sea level rise and contribute X amount to harms that have happened or will happen—that’s a long chain of causation.”

“At the end of the day, it’s a difficult, but not impossible legal case,” Burger added.

The two counties and city say they’re already seeing the financial impacts of sea level rise, and they expect to continue to see damage to public spaces and infrastructure—including wastewater treatment facilities, roads and beaches—and be forced to spend millions to find ways to adapt to it.

“Sea level rise is harming Imperial Beach and threatening our future,” the city’s mayor, Serge Dedina, said in a statement. “As a low-income coastal community, we have no capacity to pay for the adaptation measures needed to protect ourselves from these impacts. It is unfair to force citizens, business owners and taxpayers to fend for ourselves when the source of the problem is so clear.”

The municipalities are not seeking specific damages and instead are leaving that decision to the courts.

The lawsuits add to the legal challenges against some of the fossil fuel majors.

Notably, the attorneys general of Massachusetts and New York have been investigating Exxon over what it told investors about the impacts of fossil fuels on the climate. Those investigations followed two separate investigative series in 2015, first by InsideClimate News and then the Columbia University School of Journalism and Los Angeles Times, into the cutting-edge research on climate change conducted by Exxon as far back as the 1970s and later industry efforts to cast doubt on the science and to delay efforts to cut emissions.

Historically, most of the challenges have been helmed by government attorneys, either for states or municipalities. The lawsuits filed Monday were submitted by private attorneys representing the municipalities rather than government lawyers.

“These are tort lawyers working on this, and that’s different from when you’re looking at state AG’s or municipalities using in-house staff,” Burger said. “What that means is that at least some tort lawyers see this as a potential winner because they’re taking their time and they see an opportunity to win a big case.”