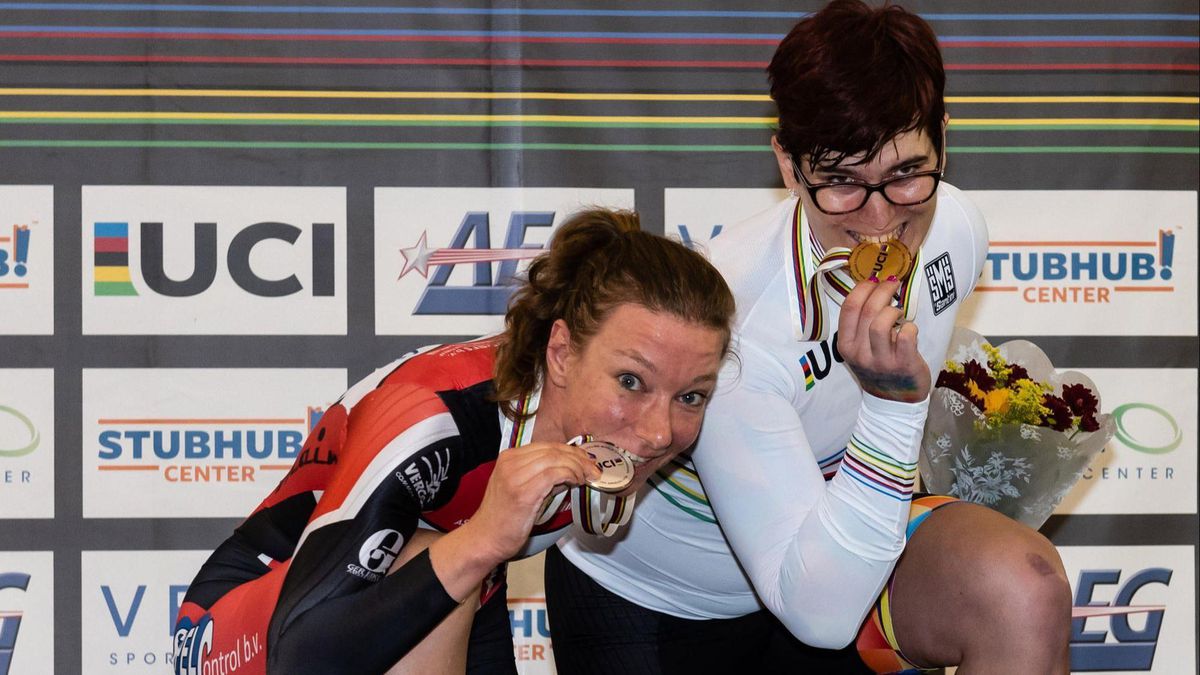 The group sent a letter to the NCAA on Wednesday protesting laws that restrict trans participation in sports.

Nearly 550 collegiate athletes from across the nation signed onto a letter sent to the NCAA on Wednesday demanding that the association stop holding championships and events in states that have passed or are considering passing laws that effectively ban transgender women and girls—and, in at least one case, trans boys and men—from participating in youth and college sports aligned with their gender identity. Idaho passed such a bill last year, while ones in Mississippi and South Dakota are awaiting governors’ signatures. Similar laws in other states are expected to follow.

“We, the undersigned NCAA student-athletes, are extremely frustrated and disappointed by the lack of action taken by the NCAA to recognize the dangers of hosting events in states that create a hostile environment for student-athletes,” the letter opened. Addressing NCAA President Mark Emmert and the NCAA Board of Governors, it continued, “You have been silent in the face of hateful legislation in states that are slated to host championships, even though those states are close to passing anti-transgender legislation.”

The letter was shepherded by runners from Washington University in St. Louis, junior Aliya Schenck and senior Alana Bojar, along with GLAAD and Athlete Ally, national LGBTQ advocacy organizations. It was signed by athletes from at least 85 schools, including the likes of Duke, Ohio State, Penn State, Michigan, Villanova and Maryland. The signees run the gamut from programs including football, men’s and women’s basketball, soccer, cross-country, gymnastics, rowing and beyond.

The bills typically require that if an athlete’s gender is called into question, to compete in women’s sports, they must provide proof in the form of a genital exam from a doctor, a genetics test indicating XX chromosomes or a hormone test confirming natural testosterone levels fall within a certain range.

“It is imperative that we know we are safe and supported in the NCAA no matter where we travel to compete,” the letter read. “The NCAA claims to prioritize the safety, excellence, and physical and emotional well being of its student athletes and asserts that all athletes deserve a fair shot. However, it is impossible for female athletes to feel safe and supported in environments where their personal identity and integrity is questioned.”

“The NCAA continues to closely monitor state bills that impact transgender student-athlete participation,” the governing body said in a statement. “The NCAA believes diversity and inclusion improve the learning environment and it encourages its member colleges and universities to support the well-being of all student-athletes.”

The letter comes shortly after Mississippi and South Dakota statehouses passed bans on trans girls and women competing. In all, at least 25 states have proposed such measures this year alone. Last March, Idaho became the first state in the nation to pass a bill of this kind, but after a lawsuit brought by the American Civil Liberties Union; the northwestern feminist organization Legal Voice; a trans would-be NCAA cross-country runner, Lindsay Hecox; and a cisgender Jane Doe; a judge granted a preliminary injunction against its enforcement.

Schenck and Bojar coordinated a similar letter last June, following the passage of Idaho’s bill. It garnered more than 550 signatures from college athletes.

“I’ve been doing track and field for about 10 or 11 years now. It’s the thing I most look forward to in my days,” Bojar said. “To know that some athletes, transgender athletes, are being excluded from sport is just incredibly frustrating. Why would some people be denied this great thing I’ve had access to my whole life?”

In 2016, in light of North Carolina’s passage of a so-called “bathroom bill,” which prohibited trans people in schools and public facilities from using the bathroom that matched their gender identity, the NCAA boycotted the state for championship events and instituted a new nondiscrimination policy. Since 2001, the NCAA has also refused to schedule championship events at schools that use offensive Native imagery or in states where governments fly the Confederate flag.

“The NCAA can no longer turn away from what is happening here,” said Chris Mosier, a trans duathlete on Team USA who had a hand in the letter’s creation. “I’m really frustrated with the lack of action and I am looking forward to them upholding their values.”

Hecox also said she backs the letter. “Having support from athletes around the country means a lot to me, and I hope it does for other trans students as well,” she said. “Everyone needs to have people rooting for them.”

Some NCAA men’s basketball tournament games were scheduled to be played at Boise State in 2021, before the governing body moved the entire competition to the Indianapolis area due to the COVID-19 pandemic. No NCAA championship events are currently slated for Mississippi; over the next few years, South Dakota is set to host regionals or finals in Division II men’s basketball, wrestling and women’s volleyball, as well as Division I men’s ice hockey.

“The NCAA claims to support all of its student athletes,” the letter read. “Yet by continuing to offer bids to states with discriminatory legislation, you are endangering the wellbeing of all student athletes. No monetary gain is worth more than the safety of athletes.”

Schenck and Bojar said that it’s unfair that it’s assumed trans people are “dangerous” and will automatically beat their cisgender competition.

“Trans athletes just want to play the sports that they love,” Schenck said. “If we can do something to help fight back against these bills and be allies to the trans community, then we’re doing our job.”