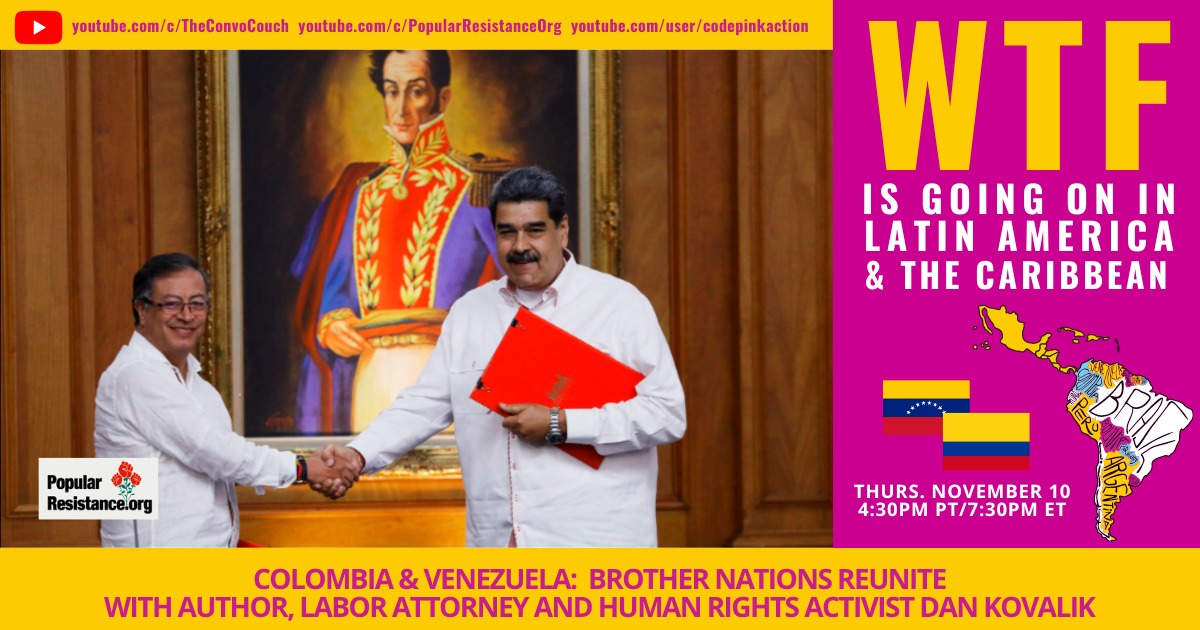 Dan is an American lawyer and Human Rights advocate who currently teaches International Human Rights at the University of Pittsburgh School of Law. From 1993 until 2019 he served as in-house counsel for the United Steelworkers, AFL-CIO. While with the USW, he worked on Alien Tort Claims Act cases against The Coca-Cola Company, Drummond and Occidental Petroleum – cases arising out of egregious human rights abuses in Colombia. Dan is the recipient of the David W. Mills Mentoring Fellowship from Stanford University School of Law as well as the Project Censored Award for his article exposing the unprecedented killing of trade unionists in Colombia,

He has written extensively on the issue of international human rights and U.S. foreign policy including several books of which is “The Plot To Overthrow Venezuela, How The US Is Orchestrating a Coup for Oil”

This was the first time that Petro and Maduro met since the mending of bilateral relations in late August. It was a historic meeting as it marked the further strengthening of the diplomatic ties between Colombia and Venezuela, which got increasingly worse with the intensification of attacks against Venezuela by the US and the support this campaign received by then far-right Colombian president Iván Duque.

The Plot to Overthrow Venezuela, How the US is Orchestrating a Coup for Oil

WTF is Going on in Latin America & the Caribbean is a Popular Resistance broadcast in partnership with CODEPINK, Common Frontiers, Council on Hemispheric Affairs, Friends of Latin America, InterReligious Task Force on Central America, Massachusetts Peace Action and Task Force on the Americas.