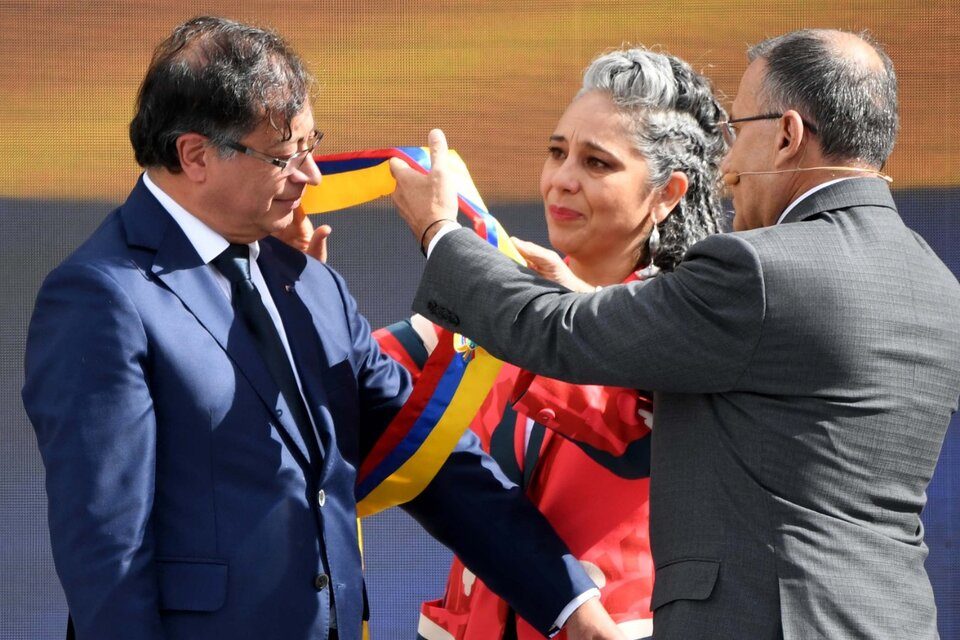 Colombia: Petro Is Now President; A Call For The Release Of Prisoners

“It is said that no one really knows a nation until he has been in one of its prisons.” Nelson Mandela’s sentence opens a petition addressed to Gustavo Petro and Francia Márquez, president and vice-president of Colombia, who officially takes office today. It is signed by the National Penitentiary Movement, accompanied by hundreds of organizations and personalities.

The document offers a summary of the structural problems afflicting a country like Colombia, where the spaces for political viability of the opposition were closed with the assassination of Liberal leader Eliécer Gaitán, on April 9, 1948, and where violence has become structural. How much violence the oligarchy in the pay of Washington, which has crushed in blood any attempt to change the power structure by democratic means, has to answer for, is being demonstrated by the Truth Commission, contemplated in the peace accords between the government and the guerrillas, signed in Havana in 2016.

The body, thwarted by all means by Uribe’s godson, Iván Duque, defeated at the polls by Petro, has also brought back the massacre of the Popular Union (Up). A party that was born in 1984 as part of the peace agreements signed at that time between the government of Belisario Betancur and the Farc-ep guerrillas, to allow political participation also to former combatants. In one of its latest reports this year, the Special Jurisdiction for Peace (Jep) calculated that, between 1984 and 2016, at least 5,733 UP militants were killed. Among these, two presidential candidates, 5 sitting senators, 11 parliamentarians, 109 councilors and several former managers, 8 mayors and as many former mayors.

Important testimonies were also acquired about another political massacre, that of November 6, 1989. The army stormed the Palace of Justice, occupied by M-19 guerrillas, causing nearly a hundred deaths, including 11 Supreme Court justices. However, a medical report and subsequent statements showed that none of the bullets with which they were killed came from guerrilla weapons.

Gustavo Petro was part of the M-19. According to his own account on twitter, he was arrested on October 7, 1985 when he was a councilman of Zipaquirá, the land where he was born. The army tortured him for 4 days in the Cavalry School. He was then sentenced to 2 years in prison for improper use of firearms. After his release in March 1987, he went underground. From then on, he claims to have laid the foundations for the guerrilla peace process, which ceased in March 1990 the activity started in 1970, after the electoral fraud of the government and the traditional parties.

Later, the M-19 became a left-wing political movement known as Alianza Democrática M-19, one of the most important political forces in the National Constituent Assembly of 1991. After the dissolution of the movement, Petro founded the Colombia Humana party. Although he was a politician of the institutions, former senator and former mayor of the capital Bogotá, Petro had the opportunity to experience the use of law-fare by the Colombian oligarchy, exercised on behalf of Uribe’s “Torquemada”, former Attorney General Alejandro Ordoñez, judicial arm of the oligarchy, who had the task of prosecuting and proscribing political opponents by inventing non-existent scandals. For his decision, Petro was removed from the office of mayor and incapacitated for 15 years, for an alleged scandal related to waste collection.

The appeal recalls how that mechanism guides a criminal system borrowed from that of the United States. “The criminal prosecution system, imported from the United States – writes the National Penitentiary Movement – was a failure, without counting the construction of mega-prisons that imitated the model of the Federal Bureau of Prisons, which puts security before the conception of a humanistic model that makes it possible to truly recover those who transgress the law.”

A logic that has been imposed in the various decisions of the Colombian Congress in judicial and penal matters and that fills the prisons with those guilty of the “crime of poverty”, especially women. A policy – the appeal denounces – that has meant the increase of new types of penitentiary institutions and the aggravation of sentences, reinforcing a penal system based “on a vindictive vision, applied as criminal law of the enemy, contrary to the guarantee of fundamental human rights for persons deprived of their freedom”.

The document refers to the political prisoners, still in jail 5 years after the signing of the Havana Agreements, which resulted in the Amnesty and Pardon law, which was used by an important group of ex-guerrillas, but which has not released all of them. At the same time, the government of Petro and Márquez is urged “to include in its legislative agenda the end of extradition, the humanitarian repatriation of those who are in foreign prisons or who suffer from serious illnesses”. It is – the signatories write – an act of national sovereignty in a country that seeks to move towards a full democracy that guarantees the rights of citizens, including those deprived of liberty.

And there are many, inside and outside the country, who hope that the historic assumption of office of the new president and vice-president, who knows well the problems of the “last ones” and of that “immense majority of women deprived of their freedom, accused or convicted of a crime of poverty” mentioned in the appeal, will know how to face with courage the structural crisis of the penitentiary and prison system.