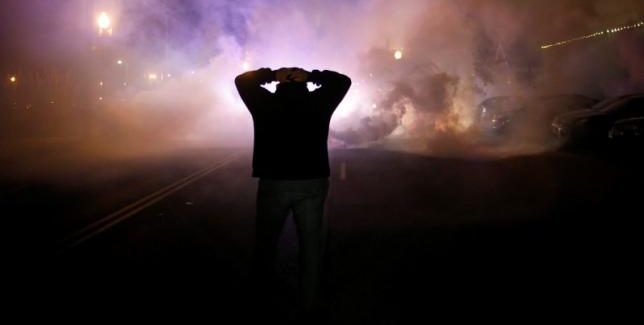 Says it violates one of many freedoms the US was built on.

“Citizens should never have to fear peaceful protest on the basis of police retaliation, especially not when protesting that very same police violence.”

The Denver Police Department are temporarily barred from using projectiles and chemical weapons against peaceful protesters after a federal judge condemned their use of them and ruled it “disgusting.” Judge R. Brooke Jackson of the U.S. District Court for the District of Colorado said in an 11-page order that “people have an absolute right to demonstrate and protest the actions of governmental officials, including police officers.”

His restraining order took effect immediately and was in “response to a lawsuit filed on behalf of four Denver protesters who said the use of ‘pepper spray, pepper balls, rubber bullets, flashbang grenades, and tear gas’ by city police during a May 28 demonstration against the killing of George Floyd violated their constitutional rights,” Common Dreams reported.

Judge Jackson said that immediate relief must be granted in order to guarantee plaintiffs’ speech isn’t “chilled and outright denied over the next several days or weeks of demonstrations.”

“It is one of the many freedoms on which this country was built… Citizens should never have to fear peaceful protest on the basis of police retaliation, especially not when protesting that very same police violence,” he worte.

Though, the order is not without loopholes, the Colorado Sun reported. It allows Denver police to use such chemical agents and projectiles “if an on-scene supervisor at the rank of captain or above specifically authorizes such use of force in response to specific acts of violence or destruction of personal property that the supervisor witnessed.”

“The use of tear gas and other crowd control weapons against protesters as they flee up a highway embankment or people peacefully demonstrating on the doorstep of the White House, demonstrates that something has gone seriously wrong with how law enforcement agencies across the country are policing peaceful protests,” Justin Mazzola, deputy director of research at Amnesty International USA, said.

According to Amnesty International, tear gas, which is currently banned in warfare, has been misused by police across the country in several ways including:

The organization went on to equate the abuse of tear gas by police nationwide “in certain situations as amounting to torture or other ill-treatment” and said it to be “so harmful when used incorrectly.”

“Police need to immediately de-escalate relations and stop meeting protestors with violence and excessive force,” Mazzola said. “The use of tear gas, rubber bullets and militarized weapons against peaceful protesters should end immediately.”