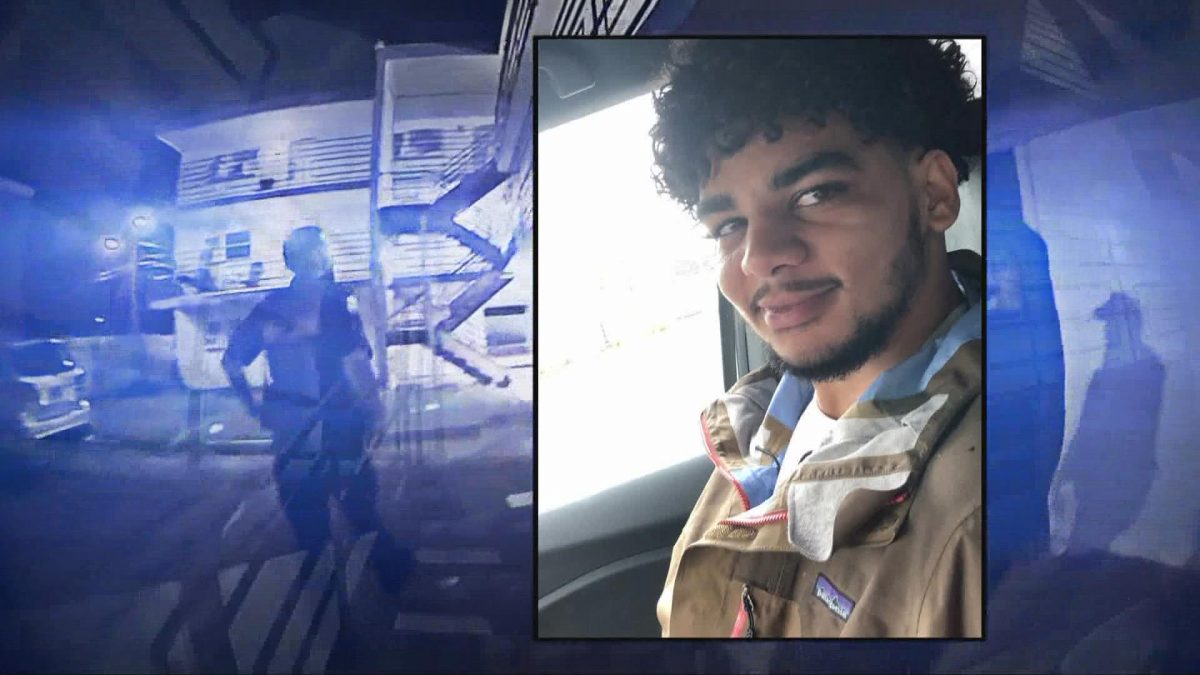 Above photo: Donovan Lewis killed by Columbus police on Aug. 30, 2022.

20-year-old youth unarmed was killed while in apartment bed at 2:00am.

In the midwestern city of Columbus, Ohio, 20-year-old Donovan Lewis was shot to death while lying in his bed during the early morning hours of August 30.

Police claimed they were serving an arrest warrant on multiple charges although there was no threat from Lewis who was unarmed.

The police in Columbus say that Lewis raised his arms and therefore this justified the bullet fired into his body causing him to die at a hospital shortly afterwards. The officer involved in the killing of Lewis, Ricky Anderson, a 30-year veteran of law-enforcement, has been placed on paid administrative leave pending the outcome of an internal and judicial investigation.

This act of blatant police violence represents a continuation of the legacy of law-enforcement brutality and killings across the United States. Although the death of George Floyd at the hands of the Minneapolis police more than two years ago sparked widespread demonstrations and rebellions demanding the defunding of law-enforcement agencies, the current administration of President Joe Biden, who pledged during his campaign in 2020 to address the concerns of the African American people and other oppressed communities, has increased monetary resources for cops while still seeking the electoral support of people of color.

Police in their public statements have said that two other people in the apartment with Lewis had already exited the residence. Anderson, the police shooter, was also a member of the K-9 unit which had a dog on the scene of the raid.

According to a report from the Columbus Dispatch which quoted the lawyer for the Lewis family, Atty. Rex Elliot: “There’s no indication he (Lewis) was aware of what was happening outside. The two individuals were handcuffed very quickly. There’s no indication there was violence in that apartment or about to happen. He was asleep before officers arrived and had no warning that CPD would burst into his apartment. Donovan was alone in his room, in his bed. He almost immediately shot as Donovan was trying to get out of bed. He was abiding by police commands to come out of his room when he was shot in cold blood by officer Anderson. There was no justification for officer Anderson to shoot an unarmed man trying to get out of bed as police officers were instructing him to do. I’d like to know why in the world they’re executing warrants at two in the morning. The reality is felony warrants are executed every day in daylight hours. There’s no reason for it to be served in the middle of the night.”

In response to the outrage exemplified by the community and the legal counsel for the Lewis family, the police have attempted once again to shift the narrative from the 20-year-old African American being a victim of law-enforcement personnel to suggest that this young man was somehow responsible for his own death. The police in every single incident of unprovoked brutality and killing calls upon the public to view the situation within its “totality.”

Nonetheless, there is no reasonable excuse for someone who is unarmed to be killed in their bed. People in Columbus have rejected the police version and are demanding the firing and prosecution of the officer who carried out the execution.

There was a rally held outside the Columbus police headquarters on September 2 where the father of Donovan, Daryl Lewis, and the mother, Rebecca Duran, spoke to a crowd of protesters. Later there was a march through the downtown area of Columbus demanding justice for the family and people of this municipality of 905,000 people.

A coalition which organized the rally presented a series of demands for the City of Columbus to adopt. The Justice, Unity & Social Transformation (JUST) formation wants the municipality to resolve the current crisis of police-community relations.

One article outlined the JUST program saying: “In the aftermath of Lewis’ death, J.U.S.T. organizers are demanding the immediate firing and arrest of Anderson; the elimination of overnight warrants; a meeting between Lewis’ family and Police Chief Elaine Bryant, Columbus Mayor Andrew Ginther and Director of Public Safety Robert Clark; an independent investigation separate from the one the Ohio Bureau of Criminal Investigation is conducting; the erasure of qualified immunity for police; more city funding for mental health and social services and less for public safety; and no K-9 teams unless warrants for drug-related offenses are being served.”

Columbus Cited in Study of Frequency in Police Shootings

This violation of the human rights and personal safety of Donovan Lewis and his place of residence is not an isolated affair in Columbus. The police are noted for their frequent and repeated use of lethal force.

A recent report emphasizes that: “A study released in February 2021, showed Franklin County, Ohio — which encompasses Columbus — has one of the highest rates of police shootings in Ohio and in the nation. The study, conducted by the Ohio Alliance for Innovation in Population Health, ranked Franklin County 18th among the 100 most populous counties nationally on average for annual police-related fatalities. In Columbus, there have been 62 shootings involving Columbus police officers since 2018, including Lewis’ shooting. Of those 62 shootings, 19 have resulted in a death, according to data from Columbus police and the Columbus Dispatch.”

These statistics are reflective of the overall atmosphere in the U.S. There is no discussion within the halls of Congress or the White House in regard to curbing, let alone eradicating, the level of police violence against oppressed and working class people.

Failure of the White House and Congress to Enact Police Reforms

The demonstrations which arose over the last two years have served to create the political conditions for the election of President Joe Biden and the Democratic Party dominance within the House of Representatives and the equally divided Senate. However, no guarantees within the law have been adopted to protect the rights of people most impacted by racism and national oppression.

A bill passed during August ostensibly to address the problems of runaway inflation related to energy and food prices not experienced in 40 years and the looming problems related to prescription drug costs and climate change were conveniently folded into a pre-election package to convey the notion that the legislative apparatus and the administration can work effectively to pass bills. However, these measures will not help the family of Donovan Lewis and the many other victims of police terrorism.

Earlier in the year in the same state of Ohio, Jayland Walker of Akron, was gunned down in a barrage of a hundred bullets, over 40 of which struck the young African American man. Since this time period, the City of Akron has engaged in every effort to blame Walker for his own victimization.

During early September, the city leaders in Akron released more video footage of the June 27 execution. Yet there has not been any definitive action taken to rectify the situation and provide justice to the bereaved family and community.

Municipal officials have released video footage of the Walker killing in separate segments which can easily be misleading to the public. Much of the video has been edited and blurred making it difficult to piece together the chronology of events leading up to Walker’s death.

In a statement released to the public and media through their lawyer, the Walker family noted: “Now, two months after Jayland’s death, we have received just hand-picked videos, which the City has also released to the media in an apparent effort to build its own narrative of Jayland’s death. We call on the City to stop re-traumatizing the Walker family with these repeated edited video drops and release all unedited videos to their counsel in one comprehensive collection.”

The silence on the part of the Department of Justice and Attorney General Merrick Garland, the White House and both houses of Congress on the persistence of police violence occurring across the country, comes at the same time when the Democratic Party is urging the African American electorate to go out in mass to vote for their candidates in local, state and federal elections. Neither the Republican or Democratic Parties are speaking directly to the concerns and interests of the African American people and all other oppressed and working people.

Irrespective of the outcome of the November ballot, if the questions related to racist violence and police brutality are not corrected there can be no genuine peace in the U.S. The Biden administration and other future presidents will continue to look very hypocritical in their attacks on other states and geo-political regions when they cannot provide just, safe and stable living environments for the ever-increasing minority communities in the U.S.