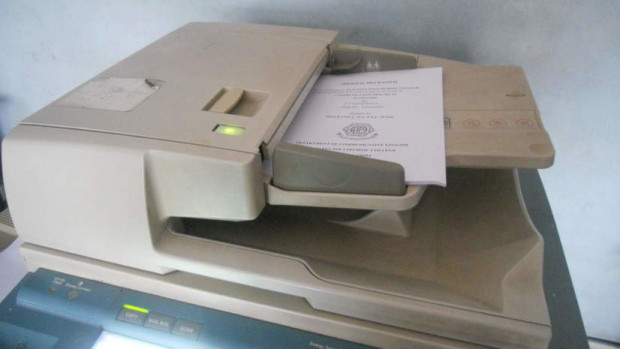 Above Photo: From desmogblog.com

A review of the comments submitted to the U.S. Department of Energy (DOE) on its proposed rule to fast-track the export of small-scale liquefied natural gas (LNG) shows that roughly two dozen of of the 89 comments were directly copy-pasted from either industry itself or else pro-industry materials written by the DOE or Congress.

Furthermore, all of those copy-pasted comments are anonymous, a hint that the oil and gas industry may be behind an astroturf-style comment-submitting campaign for this rule. Only one letter favoring the proposed rule, written by the American Petroleum Institute and the Center for Liquefied Natural Gas, has the industry’s name on it. Three other comments supporting the rule have actual names of individuals, a law school student, a college student, and an individual who DeSmog confirmed wrote the comment out of personal interest and for a public policy course at his university.

The rule, which the DOE proposed on the Friday before Labor Day, would assume exports of small-scale LNG — these days mostly obtained via hydraulic fracturing (“fracking”) in the U.S. — are automatically in the “public interest” as defined by the Natural Gas Act of 1938. Comments for the proposed rule closed on October 16 and then posted online on October 24.

Oftentimes for high-profile, contested projects and regulations, environmental groups offer template letters for concerned citizens to submit to federal agencies, which citizens can easily sign and send off.

For example, the group 350.org organized a comment drive in 2014 in opposition to the proposed Keystone XL pipeline during President Barack Obama’s administration, calling for pipeline opponents to sign and give their names, zip codes, and email addresses. More recently, the Sierra Club gathered over 33,000 comments from its members and supporters, calling for the U.S. Environmental Protection Agency not to reconsider the water toxics rule for coal-fired power plants, which Administrator Scott Pruitt has stated he will do.

But if the oil and gas industry were similarly trying to rally actual supporters in the case of this LNG export rule, it must have forgotten to tell them to sign their comments. Perhaps even stranger, none of the anonymous comments even had anything to do with the nuances and particulars of small-scale LNG. Instead, these comments were generally pro-LNG text written years ago that had been simply copied and pasted with no further context.

But maybe there’s a method to the madness. In “A Citizen’s Guide to the NEPA” published by the White House Council on Environmental Quality in 2007, the manual details that like-minded comments often receive en masse consideration by federal agencies.

“The number of negative comments an agency receives does not prevent an action from moving forward,” it explains. “Numerous comments that repeat the same basic message of support or opposition will typically be responded to collectively.”

Small-scale LNG differs from the large-scale variety in that the ships are smaller and the gas is carried in containers in its original form, rather than super-chilled and eventually placed on a mega-tanker for shipment to the global market. But even the small-scale LNG industry admits that it is not, in fact, “small.”

“So people have started talking about small-scale and mid-scale and we’ve sort of chuckled at that. As you would imagine, there is nothing small scale about LNG,” Meg Gentle, CEO of small-scale LNG company Tellurian, said in a March 2017 interview. “It’s just making the refrigerator component itself a little bit more modular, repeatable, and standardized. But we’re still using the largest [General Electric] turbines, the largest storage tanks ever built.”

One of the comments simply copies and pastes text from President Donald Trump’s proposed budget. And nothing more. Natural gas, fracking, and LNG are not even mentioned within the scope of the comment.

“America should work hard to identify regulations that eliminate jobs or inhibit job creation; are outdated, unnecessary, or ineffective; or impose costs that exceed benefits,” reads the comment, as copied and pasted from the Trump budget proposal for fiscal year 2018, which is titled, “A New Foundation For American Greatness.”

Another comment, which deals more directly with fracking, shale gas, and LNG, appears taken from two different reports. One half of the comment comes from the summary of a report published by the Deloitte Center for Energy Solutions, titled, “Work in progress: How can business models adapt to evolving LNG markets?” The other half duplicates part of a report published by the National Economic Research Associates (NERA) and funded by LNG export giant Cheniere Energy.

Both the comment and the Deloitte summary read: “The key driver to the current energy renaissance is the largely unpredicted success of unconventional gas extraction, most notably in the Marcellus and Utica shale plays in Appalachia. For the United States to sustainably build a new LNG export industry, producers will need to grow production at historically low prices — not just by investing additional capital to complete more wells, but also by leveraging operational efficiencies and pursuing new technologies.”