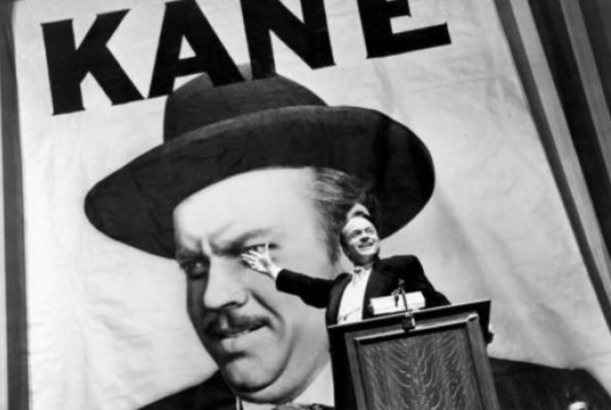 In fact, the earliest days of mass print media were erected on a famous fraud known as the “Great Moon Hoax” of 1835 – something researcher Chris Kendall has long called attention to – wherein the “educated,” “elite” widely accepted the mainstream publications’ claim bat people inhabited the lunar surface.

In our day, a similar hoax still reigns, as mainstream media is literally as credible as Weekly World News’ Bat Boy story.

Anyone who has seen Orson Welles’ Citizen Kane knows the director became a target of one of the most powerful media moguls of all time – William Randolph Hearst (who bought up all the major papers of his day). Not many years later, Skull and Bonesman “Baal,” aka, Henry Luce of Time Magazine fame and his CIA operative wife Claire Boothe would cooperate in promoting the “anti-establishment” hallucinogenic trend, along with the dozens of academic and government institutions associated with MK ULTRA.

What was supposedly anti-establishment was in fact promoted by the mass media for the explicit purposes of cultural revolution and social engineering, as Dave McGowan has detailed in his Weird Scenes Inside the Canyon.

The major television news companies, and CBS in particular, have their origins in operatives of the OSS, like William Paley and David Sarnoff, while the same goes for print media, as the CIA’s tentacles extended to major publications, including Katherine Graham’s Washington Post, the Bushes and the Moonies with the Washington Times, as well as the Mockingbird New York Times. Investigations into the CIA’s Operation Mockingbird would reveal extensive media control through some 400 top editors and journalists, and even today known establishment and CIA operatives such as Anderson Cooper (CNN-CBS) and Robert Baer (CNN) regularly “report the facts” to millions of Americans.

Journalist Robert Parry notes as a further example the mainstream, establishment press covering up numerous scandals for the Reagan Administration, including Nicaraguan drug trafficking and the infamous Iran-Contra:

At least since the 1980s, The New York Times has misreported or glossed over many international issues that put the United States and its allies in a negative light.

For instance, the Times not only missed the Nicaraguan Contra cocaine scandal, but actively covered up the Reagan administration’s role in the wrongdoing through the 1980s and much of the 1990s.

The Times lagged badly, too, on investigating the secret operations that became known as the Iran-Contra Affair. The Times’ gullibility in the face of official denials was an obstacle for those of us digging into that constitutional crisis and other abuses by the Reagan administration. [For more on this topic, see Consortiumnews.com’s “New York Times: Apologist for Power.”]

In that same era, The Washington Post performed no better. Leonard Downie, its executive editor at the time of the Contra-cocaine scandal, has continued to reject the reality of Ronald Reagan’s beloved Contras trafficking in cocaine despite the 1998 findings of CIA Inspector General Frederick Hitz that, in fact, many Contras were neck-deep in the cocaine trade and the Reagan administration covered up their criminality for geopolitical reasons. 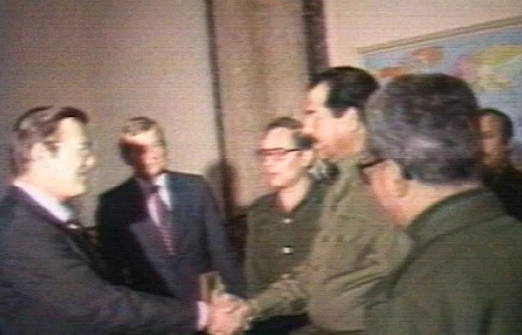 This scandal was not limited to the GOP covering its ass, but also the other wing of the decrepit vulture of our two party system when the Clintons were implicated in the CIA’s drug importation to Mena, Arkansas, through the journalistic work of Gary Webb. The Telegraph explains:

Webb summed up the heart of his Dark Alliance series thus: “It is one of the most bizarre alliances in modern history. The union of a U.S. backed army attempting to overthrow a revolutionary socialist government and the uzi-toting “gangstas” of Compton and South-Central Los Angeles.

Perhaps most damningly, Webb wrote that crack was virtually unobtainable in the city’s black neighbourhoods before “members of the CIA’s army” began supplying it at rock-bottom prices in the Eighties. “For the better part of a decade,” he wrote in the intro to the first piece in the trilogy, “a San Francisco Bay Area drug ring sold tonnes of cocaine to the Crips and Bloods street gangs of Los Angeles, and funnelled millions in drug profits to a Latin American guerrilla army run by the U.S. Central Intelligence Agency.

Given the mainstream media is almost wholly owned by 6 conglomerates, we can begin to see how the coordination and control once considered a “conspiracy theory” is now made evident. In 1983, there were 50 and now it is roughly six, with NewsCorp owning the largest papers on three continents. That these facts sound like a “conspiracy theory” can only be presumed from a position of ignorance, especially given the full coordination and deception regarding the Trump – Clinton election of 2016, from rigged polls to Wikileaks revelations of 6o plus top media operatives directly promoting Hillary. 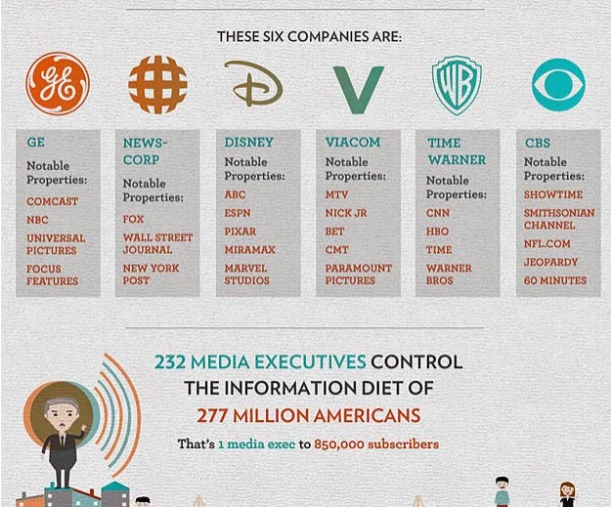 When the mainstream media and the lying CIA claimed Saddam had “weapons of mass destruction,” it was promulgating fake news. The false claim subsequently led to the deaths of hundreds of thousands of Iraqis for a ridiculous war that aided U.S. and Israeli foreign policy. While the WMD claim is now known to be untrue, the chemical weapons Saddam previously possessed were admittedly given to him by the CIA. When Saddam gassed Iranians in the conflict that saw U.S. arming of both sides of that war, it was done by a man installed and trained by the CIA (Saddam himself). Foreign Policy explains:

According to recently declassified CIA documents and interviews with former intelligence officials like Francona, the U.S. had firm evidence of Iraqi chemical attacks beginning in 1983. At the time, Iran was publicly alleging that illegal chemical attacks were carried out on its forces, and was building a case to present to the United Nations. But it lacked the evidence implicating Iraq, much of which was contained in top secret reports and memoranda sent to the most senior intelligence officials in the U.S. government. The CIA declined to comment for this story.

It has been previously reported that the United States provided tactical intelligence to Iraq at the same time that officials suspected Hussein would use chemical weapons. But the CIA documents, which sat almost entirely unnoticed in a trove of declassified material at the National Archives in College Park, Md., combined with exclusive interviews with former intelligence officials, reveal new details about the depth of the United States’ knowledge of how and when Iraq employed the deadly agents. They show that senior U.S. officials were being regularly informed about the scale of the nerve gas attacks. They are tantamount to an official American admission of complicity in some of the most gruesome chemical weapons attacks ever launched.

And as for Saddam as a tool of the CIA, even the UPI reported, based on Miles Copeland, the following:

In the mid-1980s, Miles Copeland, a veteran CIA operative, told UPI the CIA had enjoyed “close ties” with Qasim’s ruling Baath Party, just as it had close connections with the intelligence service of Egyptian leader Gamel Abd Nassar. In a recent public statement, Roger Morris, a former National Security Council staffer in the 1970s, confirmed this claim, saying that the CIA had chosen the authoritarian and anti-communist Baath Party “as its instrument.

Iraq wasn’t the only war-based lie (all wars are a racket, as General Smedley Butler said) of note – the entire tale of 9/11 was never questioned by the mainstream media, but in fact propped by coordinated disinformation. Within minutes, the top media outlets were assuring the public “Osama bin Laden” was the culprit, and what do you know, like Saddam, he happened to be another CIA cut-out asset. Not only was this flimsy official conspiracy theory ludicrous, it was compounded with an equally laughable “raid, capture and execution,” that was not televised, photographed or known, apart from the mainstream media simply claiming it was so. The CIA director even admitted as much, adding the infamous “situation room” photo was staged.

Following 9/11, a paper thin cover for expansion into Afghanistan was proffered upon the American population, when Afghanistan had no connection to 9/11 or Iraq. Incoherent and contradictory accounts of who was the villain, where Osama’s cartoonish base was and how this somehow related to Iraq was touted by W, while the media worked fully in tandem with this ridiculous foreign policy. Even more absurd, and confirming the tip of the iceberg Webb had uncovered, U.S. occupation of Afghanistan saw the exponential increase in opium production, with Fox even showing America’s finest guarding the opium fields! None of this could have been achieved without a massive coordinating deception campaign by the mainstream media. The lies have not been as successful in Syria, but we can expect them to keep the staged nonsense rolling.