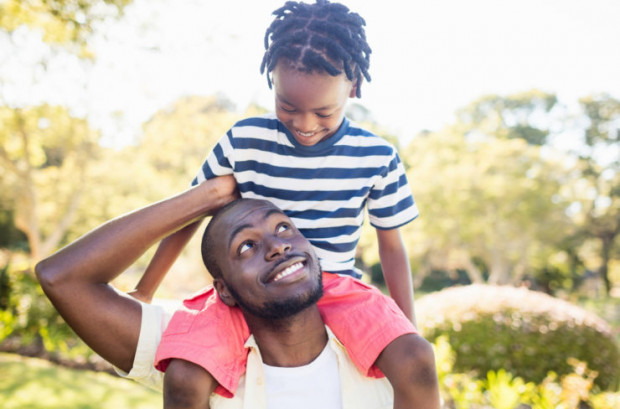 Above Photo: Pastor Kenneth Glasgow, executive director of the Ordinary People Society in Alabama, told Rewire he expected to free up to 25 Black men in Dothan, Alabama, this weekend.  Shutterstock

Stewart Malone went to jail this week for three unpaid parking tickets issued within the past six months, and thought he would stay there because he could not afford a $900 bail.

A father of five in Dothan, Alabama, Malone, 31, told Rewire he was stunned when a local pastor walked in with the money to set him free Friday afternoon.

“I felt blessed,” he said. “I thought I had no way of making bail or getting the money. I just prayed and prayed, wondering how I would get out, missing my family.”

Following on the heels of a successful campaign to bail out more than 100 Black women last month, about 25 organizations around the country—such as Southerners on New Ground, the Movement for Black Lives, and Dream Defenders—are now seeking to bail out Black fathers and LGBTQ and gender-nonconforming people in time for Father’s Day (June 18), Juneteenth (June 19) and Pride month.

“We are planning a series of bailouts this June,” Arissa Hall, an organizer of the National Bail Outcampaign, told Rewire. “This is just a multifaceted bailout. Obviously we do hope that we have the same level of enthusiasm and support as we had for mothers’ Bail Out Day.”

With 2.2 million people in jails or prisons, the United States leads the world in incarcerating people. Of those in prison, more than 60 percent are people of color. Black men are six times as likely to be incarcerated as white men. They are also more likely to be arrested, convicted, and face higher sentences, according to the Sentencing Project.

“The source of such disparities is deeper and more systemic than explicit racial discrimination. The United States in effect operates two distinct criminal justice systems: one for wealthy people and another for poor people and minorities,” states a report on the Sentencing Project’s website.

The National Bail Out campaign, administered through the New York-based Brooklyn Community Bail Fund, has raised more than a million dollars since May, the organizers told Rewire.

Along with Black men, this latest campaign’s focus is on Black LGBTQ and gender-nonconforming people, who are overrepresented in jails and prisons and are likely to experience abuse while incarcerated.

“We know Black men make up the largest criminal justice population as far as incarceration goes. And we know that queer folks are also very much marginalized, so we want to be able to highlight that as well,” Hall said.

Also called Freedom Day or Emancipation Day, Juneteenth commemorates the June 19, 1865, announcement in Galveston, Texas, of the abolition of slavery.

“For June, we want to continue to highlight both the … historic connections between bailing folks out and the long struggle of Black folks in America to be free. This is highlighting folks in communities that are particularly impacted by bail,” said Scott Roberts, senior campaign director of Color of Change, a racial justice organization that has been raising money for the national effort.

The U.S. money bail system “perpetuates an endless cycle of poverty and jail time,” tears families apart, and often holds people in cells for misdemeanors and minor crime, according to the Prison Policy Initiative (PPI). Many stay in jail as they are unable to make bail.

Pastor Kenneth Glasgow, executive director of the Ordinary People Society in Alabama, told Rewire he expected to free up to 25 Black men in Dothan, Alabama, this weekend. By 1 p.m. Friday, he had bailed out four of them and spent $6,000 of the bail fund. This included Malone, who had been in jail overnight, and a man who had been held for nine months.

Glasgow said he challenges people who are participating in meetings and marches to put their money were their mouth is and donate to this important fund.

Glasgow is no stranger to how the system works, having spent 14 years in prison for drug-related charges. The day he got out, he said he was thrown back in jail for not being able to afford a $200 fine.

“Our bail bond system is really something we need to look at,” he said. “What it really shows is that people who have money can get out of jail, and how society is really tough on the poor.”

People in local jails are significantly poorer than those who are free, and even poorer than people in prison, according to a 2016 report by PPI.

The median bail for felony defendants is $10,000, about eight months’ income for the typical detained defendant, the report found.

In addition to those who are in state and federal jails, PPI notes that 646,000 people are locked up in more than 3,000 local jails across the nation. Seventy percent of them are being held pretrial, which means they have not been convicted or found guilty yet and are presumed innocent.

“There are people incarcerated for no other reason than they can’t afford to purchase their freedom. One of our goals is to get households out of cages, person by person, and at the same time using this as an opportunity to educate people about how destructive our money bail system is and how it impacts Black lives,” Roberts told Rewire.

One in nine Black children have a parent who is incarcerated and the effort aims to reunite some of them this weekend, campaign organizers say.

“Even a few days in jail can ruin a person’s life. They may lose their job, their family may lose their housing, and some even lose their children,” reads a statement on the National Bail Out website. “We can buy their freedom and push against mass criminalization and modern bondage.”