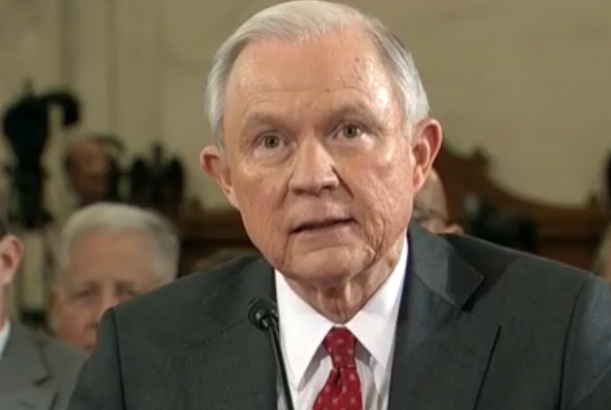 Republican Senator Jeff Sessions opposed protections for reporters, who have viewpoints and publish contents from national security leaks, during his confirmation hearing for the position of Attorney General.

Asked by Democratic Senator Amy Klobuchar about upholding rules adopted by the Justice Department and avoiding the jailing of journalists who do their jobs, Sessions said, “I’m not sure. I have not studied those regulations.”

Sessions suggested there were “few examples,” where the press and Justice Department disagreed on issues. “For the most part, there is a broadly recognized and proper deference to the news media.”

He added, “But you could have a situation in which a media is not really the unbiased media we see today, and they could be a mechanism through which unlawful intelligence is obtained.”

“There are other dangers that could happen with regard to the federal government that normally doesn’t happen to the media covering murder cases in the states.”

While it may not be immediately obvious, Sessions was alluding to his view about freedom of the press and his opposition to reporters, such as The Intercept’s Glenn Greenwald, who publish information from national security documents.

As Klobuchar acknowledged in her question, Sessions opposed the Free Flow of Information Act. The intent of the legislation was to codify reporter’s privilege into law and protect “journalists’ confidential sources and encourage the dissemination of information to the public from sources who could hold the government accountable,” according to the Reporters Committee for Freedom of the Press (RCFP).

On September 12, 2013, Sessions stated in remarks on this legislation, “This would be the first privilege I’m aware of that the virtually exclusive purpose of it is to protect people who violated the law.”

Sessions’ remarks were in response to National Security Agency whistleblower Edward Snowden’s disclosures on the NSA’s mass surveillance. He also alluded to May that the Justice Department obtained sweeping access through secret subpoenas to the telephone records of the Associated Press.

“Many news organizations that will be covered under this law represent ideologies, foreign interests directly contrary to the United States’ national security interests,” Sessions argued. “This legislation, in effect, says we’re going to create legal mechanisms to protect anyone who calls himself a newsperson, and the leaker basically is the one being protected from identification and prosecution for the plain violation of the duly enacted classifications laws of the United States of America.”

He added, “I think the latest events that we’ve seen where we’ve had worldwide damage to the national security of the United States of America in almost unprecedented levels, that that doesn’t call for us to protect leakers more. If anything, the problem this country has is we’ve been unable to maintain national security secrecy.”

Sessions “introduced several amendments” to legislation that would have protected reporters in order “to broaden exceptions for information pertaining to acts of terrorism or national security.”

“We need to make it clear, so that a reporter says ‘no, that information is clearly not the type of information I can take and publish and protect you, who are leaking in a criminal act secured information,” Sessions previously declared. “That’s the way you create some kind of clarity in our legislation. We’re not attempting to prosecute a journalist. We’re attempting to tell the journalist precisely what…he can tell a potential informant, leaker, spy, traitor…a cold-blooded traitor he could be dealing with.”

What Sessions essentially said is if the government assesses information published is coming from a whistleblower, who the government sees as a traitor and threat to national security, then there is no reason to hesitate in targeting a journalist in ways that would violate freedom of the press.