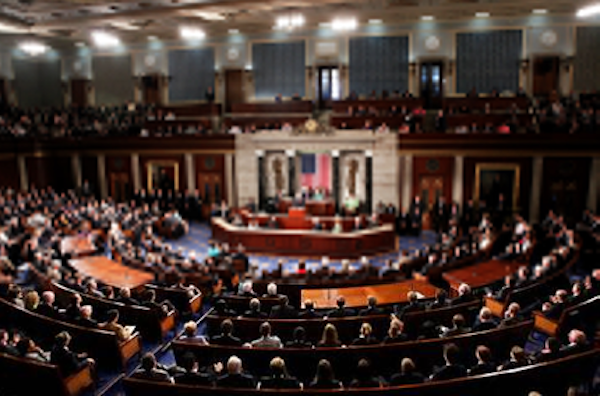 Congress Demands A Vote Before Bombs Fall On Iraq

The current situation in Iraq has grabbed the nation’s attention, and President Obama has already deployed U.S. military assets in response to the crisis. The President has also suggested that the U.S. military may take further action, such as drones or airstrikes. Many reports have also suggested that, unlike in the case of Syria last fall, the President may not seek authorization from Congress before bombing Iraq.

Read what Members of Congress are saying, and then ask your Representative to add his or her name.

Rep. Peter DeFazio (D-OR)- “As broad as it was, the AUMF for Iraq does not cover this instance, and… the president should come to Congress and sketch out a plan [and] ask for authorization. Because I’m not sure what the plan is.” [6/24/14]

Rep. Raul Grijalva (D-AZ)- “Congress needs to be on record. That’s the way it’s set up. And a 12-year-old decision on unilateral preemptive strikes that have been heavily criticized and tarnished, I don’t think should be the basis for any new involvement.” [6/19/14]

Sen. Tim Kaine (D-VA)- “In the current Iraq crisis, neither authorization applies. The Islamic State of Iraq and Syria (ISIS) is not an al-Qaeda affiliate — in fact, it is openly battling with al-Qaeda in Syria — and administration officials have said that the 2002 AUMF is obsolete and should be repealed. I believe the president must come to Congress for authority to initiate any U.S. military action in Iraq. We should do many things immediately — robust diplomatic engagement, humanitarian aid, strong security assistance for our partners that face a regional threat from ISIS. Specific counterterrorism action, whether overt or covert, should be part of the debate about a new AUMF. But war takes Congress.” [6/24/14]

Sen. Chris Murphy (D-CT)- “I think the president has essentially admitted the Iraq AUMF has functionally expired. I think we have over a dozen AUMFs on the books and we need a comprehensive look at which are functional and which are obsolete. The Iraq AUMF is functionally obsolete. If he’s looking for a longer-term military engagement I don’t think he can do that under the Iraq AUMF… he’s got to come back to Congress.” [6/17/14]

Reps. Scott Rigell (R-VA) and Barbara Lee (D-CA)- “The use of military force in Iraq is something the Congress should fully debate and authorize.  Members of Congress must consider all the facts and alternatives before we can determine whether military action would contribute to ending this most recent violence, create a climate for political stability, and protect civilians from greater harm.” [6/27/14]

*Many Members of Congress, veterans, and military experts have spoken out against U.S. military intervention in Iraq. Please click here to read their statements.

More: President Obama announced he would ask Congress for $58.6 billion in war funding for the 2015 fiscal year.