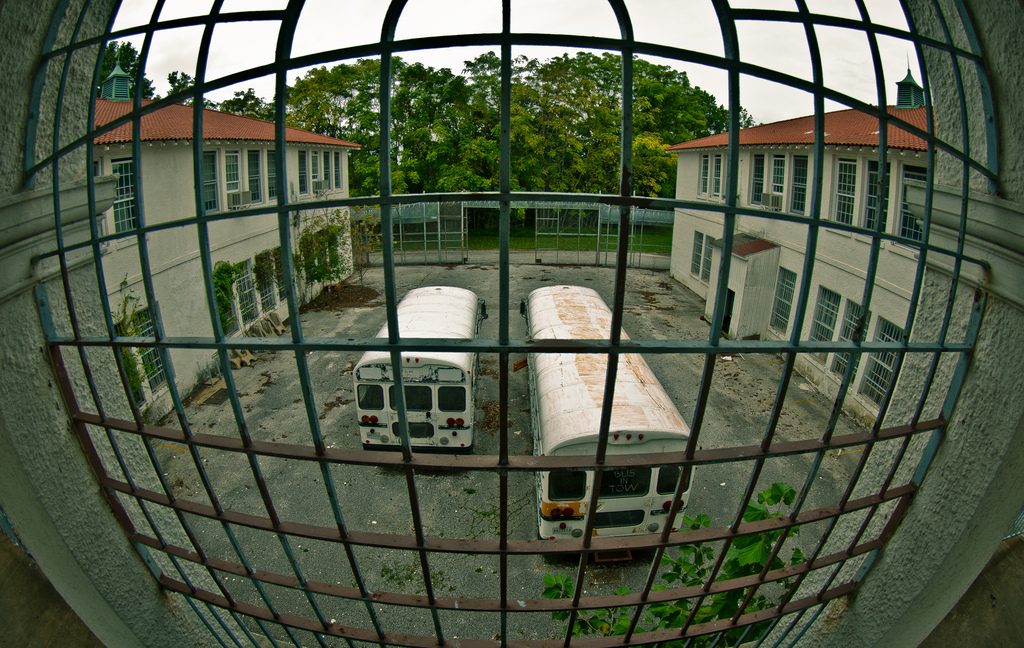 Under the guise of exercising supervisory power over the president’s ability to use military force, Congress is considering writing Donald Trump a blank check to indefinitely detain U.S. citizens with no criminal charges. Alarmingly, this legislation could permit the president to lock up Americans who dissent against U.S. military policy.

The bill that risks conveying this power to the president is the broad new Authorization for Use of Military Force (AUMF), S.J.Res.59, that is pending in Congress. Senate Foreign Relations Committee chair Bob Corker (R-TN) and Democratic committee member Tim Kaine (VA) introduced the bipartisan bill on April 16, and it has four additional co-sponsors.

This proposed 2018 AUMF would replace the 2001 AUMF that Congress gave George W. Bush after the September 11 attacks. Although the 2001 AUMF authorized the president to use “all necessary and appropriate force” only against individuals and groups responsible for the 9/11 attacks, three presidents have relied on it to justify at least 37 military operations in 14 countries, many of them unrelated to 9/11.

But the 2018 AUMF would codify presidential power to make war whenever and wherever he chooses.

S.J.Res.59 allows the president “to use all necessary and appropriate force” against Iraq, Afghanistan, Syria, Yemen, Libya and Somalia, al-Qaeda, ISIS (also known as Daesh), the Taliban and their “associated forces” anywhere in the world, without limitation.

However, the bill contains no definition of “co-belligerent.” A president may conceivably claim that a U.S. citizen who writes, speaks out or demonstrates against U.S. military action is a “co-belligerent” and lock him or her up indefinitely without charge. “Associated forces” is defined as “any organization, person, or force, other than a sovereign nation, that the President determines has entered the fight alongside and is a co-belligerent with al Qaeda, the Taliban, or ISIS, in hostilities against the United States or its coalition partners.”

Under the new AUMF, the president could tell Congress he wants to use force against additional countries or “associated forces” that are not listed in the bill. It would put the burden on Congress to say no by a two-thirds vote, a virtually impossible margin to achieve in the current political climate.

The International Covenant on Civil and Political Rights — a treaty the United States has ratified, making it part of U.S. law under the Constitution’s Supremacy Clause — forbids arbitrary detention without charge.

Supreme Court Has Not Ruled on It

Nevertheless, in the 2004 case of Hamdi v. Rumsfeld, the Supreme Court upheld the enemy combatant designation of U.S. citizen Yaser Hamdi, who had been apprehended in Afghanistan in 2001. But the Court limited its holding to people fighting against U.S. forces in Afghanistan, and did not include the broader “war on terrorism.”

The Court also stated that U.S. citizens held as enemy combatants must be provided due process to contest the factual basis for their detention before a neutral decision maker.

The Supreme Court has not ruled on whether a U.S. citizen who is apprehended in the United States can be detained indefinitely. It declined to decide the case of José Padilla, who was arrested at Chicago’s O’Hare International Airport in 2002 and held in military custody as an enemy combatant by the Bush administration, relying on the 2001 AUMF.

The Court ruled that Padilla’s habeas corpuspetition was mistakenly filed in New York instead of South Carolina. Justice Sandra Day O’Connor wrote for the Court’s plurality, “We have long since made clear that a state of war is not a blank check for the President when it comes to the rights of the Nation’s citizens,” adding, “even the war power does not remove constitutional limitations safeguarding essential liberties.”

Criminal charges were eventually brought against Padilla in 2005. He had been held in isolation for more than three years and tortured while in custody.

Padilla was tried and convicted in 2007 of conspiracy charges and providing material support to terrorism, and sentenced to 17 years imprisonment. In 2014, his sentence was increased to 21 years. Meanwhile, the Fourth Circuit and the Second Circuit U.S. Courts of Appeal came to opposite conclusions about whether an American citizen apprehended on U.S. soil could be held indefinitely as an enemy combatant.

“John Doe” is another American citizen detained by the U.S. government. In September 2017, the U.S.-Saudi citizen was named an enemy combatant for allegedly fighting for ISIS and has been held in military custody in Iraq ever since. Although the 2001 AUMF never mentioned ISIS, the government used it as a basis to detain Doe. In April, the Department of Defense attempted to transfer Doe to Saudi Arabia and avoid a judicial ruling in the case, but a federal judge in Doe v. Mattis blocked the move.

It is not clear how passage of the proposed 2018 AUMF would affect Doe’s case.

Another Act of Congress is the National Defense Authorization Act for fiscal year 2012 (NDAA). Relying on the 2001 AUMF, the 2012 NDAA purported to codify the president’s authority to hold U.S. citizens in military custody indefinitely.

Section 1021 of the NDAA says, “Nothing in this section shall be construed to affect existing law or authorities relating to the detention of United States citizens, lawful resident aliens of the United States, or any other persons who are captured or arrested in the United States.”

When he signed the NDAA, Barack Obama declared in a signing statement that section 1021 does not “limit or expand the authority of the President or the scope of the Authorization for Use of Military Force,” pledging that “my Administration will not authorize the indefinite military detention without trial of American citizens.”

Obama’s statement implied that while a president does have the power to indefinitely detain Americans, he chose not to exercise that power.

Sen. Lindsey Graham (R-SC) supported the NDAA, stating that it would “basically say in law for the first time that the homeland is part of the battlefield,” adding that people could be held without charge by the military, “American citizen or not.”

Chris Hedges, Noam Chomsky, Daniel Ellsberg, and other human rights activists and journalists sued Barack Obama and the U.S. government in January 2012, claiming the 2012 NDAA would have a chilling effect on their freedom of speech because they could be arrested. A federal district court judge found section 1021(b)(2) unconstitutional and in May 2012 issued a permanent injunction prohibiting the government from relying on it.

But the Second Circuit Court of Appeals lifted the injunction in July 2013, stating that section 1021 of the NDAA “has no bearing on the government’s authority to detain American citizen plaintiffs” because “Section 1021 simply says nothing about the government’s authority to detain citizens.” The Supreme Court refused to hear the case in April 2014, letting the Second Circuit’s ruling stand.

Nothing in the 2018 AUMF would prevent the president from adding an American organization or individual to the list set forth in the bill, according to Christopher Anders of the ACLU.

The 2018 AUMF has no expiration date. Every four years, the president would be required to give Congress a proposal to repeal, modify or maintain the authorization. Once again, it puts the onus on Congress, by a two-thirds majority, to take contrary action.

S.J.Res.59 may not make it to the floor of the Senate and/or the House. Congress has thus far resisted enacting a new AUMF that could be seen in any way to limit the president’s military authority.

Ironically, however, the enactment of this new 2018 AUMF could both enshrine the president’s unlimited power to wage war and also provide the president with a basis for indefinitely detaining U.S. citizens in military custody without criminal charges.

If this bill were to pass, it would imperil our right to speak out and challenge whatever military adventures the president decides to undertake.