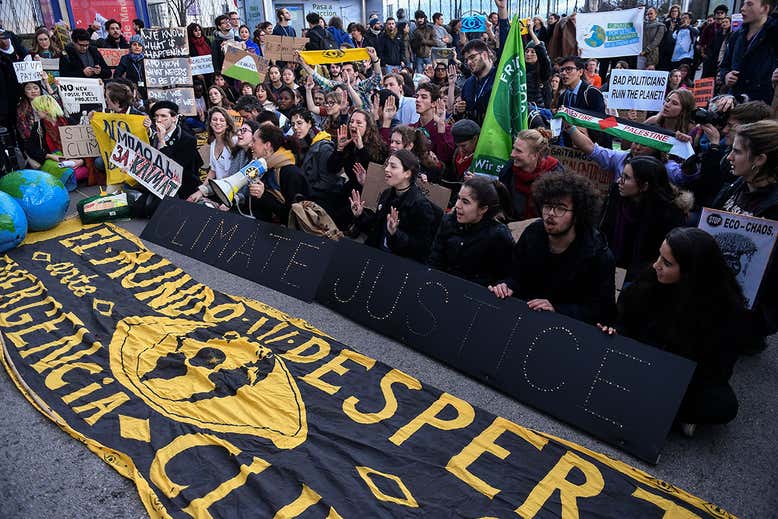 The UK faces the task of breaking the deadlock on international climate negotiations next year, after the COP25 talks ended in Madrid yesterday with no new ambition and little progress.

The meeting overran to become the longest climate summit yet as delegates from nearly 200 countries struggled to reach agreement on key issues on the framework underpinning the Paris climate deal. Drawing up rules on a carbon market between countries has been deferred until next year, when the UK hosts a landmark climate summit in Glasgow.

António Guterres, the UN secretary general, said he was disappointed with the outcome, and that leaders had missed an opportunity to be more ambitious on climate change mitigation, adaptation and finance for poorer countries. “But we must not give up, and I will not give up,” he tweeted.

Claire Perry O’Neill, the former UK climate minister who will be president of the Glasgow summit, argued it was better to have no deal on the carbon markets than a bad one. The UK would “pull no punches” in making the scheme work for everyone next year, she tweeted.

There was also no progress on “loss and damage” – the principle of vulnerable countries hit by climate-linked damage being able to claim economic losses from richer ones – and long-term financing to help poorer countries.

Scientists said the “minimum compromise” achieved in Madrid means the Glasgow meeting will now need to be a turning point. “Postponing all the relevant issues is hardly in line with the climate emergency that we scientists highlighted during COP25,” said Johan Rockström at the University of Potsdam, Germany, in a statement. The WWF said the summit showed “a staggering failure of leadership by some countries”.

The intransigence of big polluters – including China, the US, Brazil and India – at the meeting led to the European Union, small island states and members of the public expressing frustration. This culminated in a protest at the summit where about 200 campaigners were marched out of the conference by security, though they were later allowed back.

The UN said that more than 70 countries are expected to submit stronger plans to curb carbon emissions next year, ahead of the Glasgow summit.