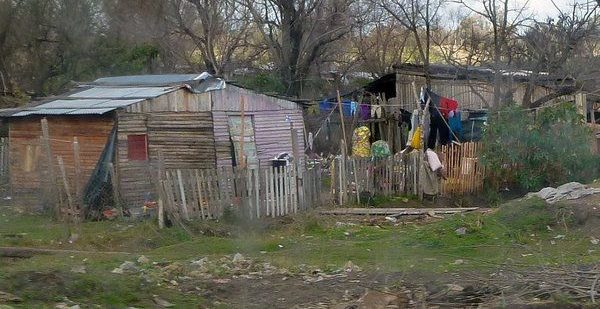 Coronavirus May Accelerate The Demise Of Rural America

Above photo: From Houston Herald.

Over the last two months the coronavirus pandemic has brought nation’s largest, and most powerful cities to their knees.

But as curves show signs of flattening in many urban areas, and governors have begun the process of “reopening” their economies, new hotspots are emerging in places like southwest Georgia, the Navajo nation, and in and around meatpacking plants in Iowa and the Texas panhandle.

Rural communities like these lack the healthcare infrastructure and financial resources of larger cities, while at the same time are home to and older and sicker populations, more likely to suffer serious complications or death due to the virus.

That is why governors who are reopening their economies prematurely are not only misguided but also could end up driving the devastation of rural America.

Long before people started falling ill and businesses started shutting down due to coronavirus, rural America was already suffering. There are many indications that rural communities had not fully recovered from the Great Recession.

As of last year, employment in non-metro counties had not yet to returned to pre-2008 levels. Data also show that since the last recession virtually all new business growth has been concentrated in the 20 largest metropolitan counties. And overall rural counties have been steadily losing population for more than a decade now.

Due to the longstanding economic crisis in these communities, along with many states’ refusal to expand Medicaid, hospitals in rural areas have struggled financially.

Hospital closures put undue burden on residents as it becomes more difficult to access health care having to travel farther for care — an estimated 8.6 million people live more than a 30-minute drive from their nearest hospital. Rural areas are already experiencing issues with transportation, which adds to this burden.

Even in places that still have hospitals, many provide only basic care and lack the ICU beds that are necessary in treating serious COVID-19 cases.

These challenges have become even more acute in certain places. Many rural communities, especially in the West, are home to large aging populations who can be more at risk of contracting the virus. Meanwhile, much of the rural South is home to predominantly African-American rural communities.

In all likelihood, the pandemic will only compound the dual economic and public health crises that many rural communities were already experiencing.

But rural America is being dealt an even more devastating blow by governors in states like Georgia, South Carolina and Oklahoma, who are beginning to reopen their economies while cases are still on the rise in rural areas. These decisions to reopen businesses, before the public health crisis has passed shows a clear disregard for human life.

As states begin deliberating when to reopen their economies, they must exercise caution because the country has not taken the appropriate steps to stem the rapid rise of confirmed cases.

It is not too late for the White House to impose a national stay-at-home order to prevent community transmission. Another step is ramping up testing and the production of personal protective equipment so that the essential workers and health care providers can do their job safely and effectively.

Several other countries have taken some of these steps and have been successful in limiting the spread of the virus, which has allowed them to resume parts of the economy.

The pandemic is hitting rural America after more than a decade of neglect. Elected officials largely looked the other way while hospitals shuttered, jobs disappeared and people were forced to move away.

However, by reopening the economy prematurely, governors are now inflicting direct harm on the millions of rural America who have been denied the resources to handle the crisis as well as their big city counterparts.

If governors allow the pandemic to infect rural America at New York City levels, it is quite possible, that we will no longer have a rural America.