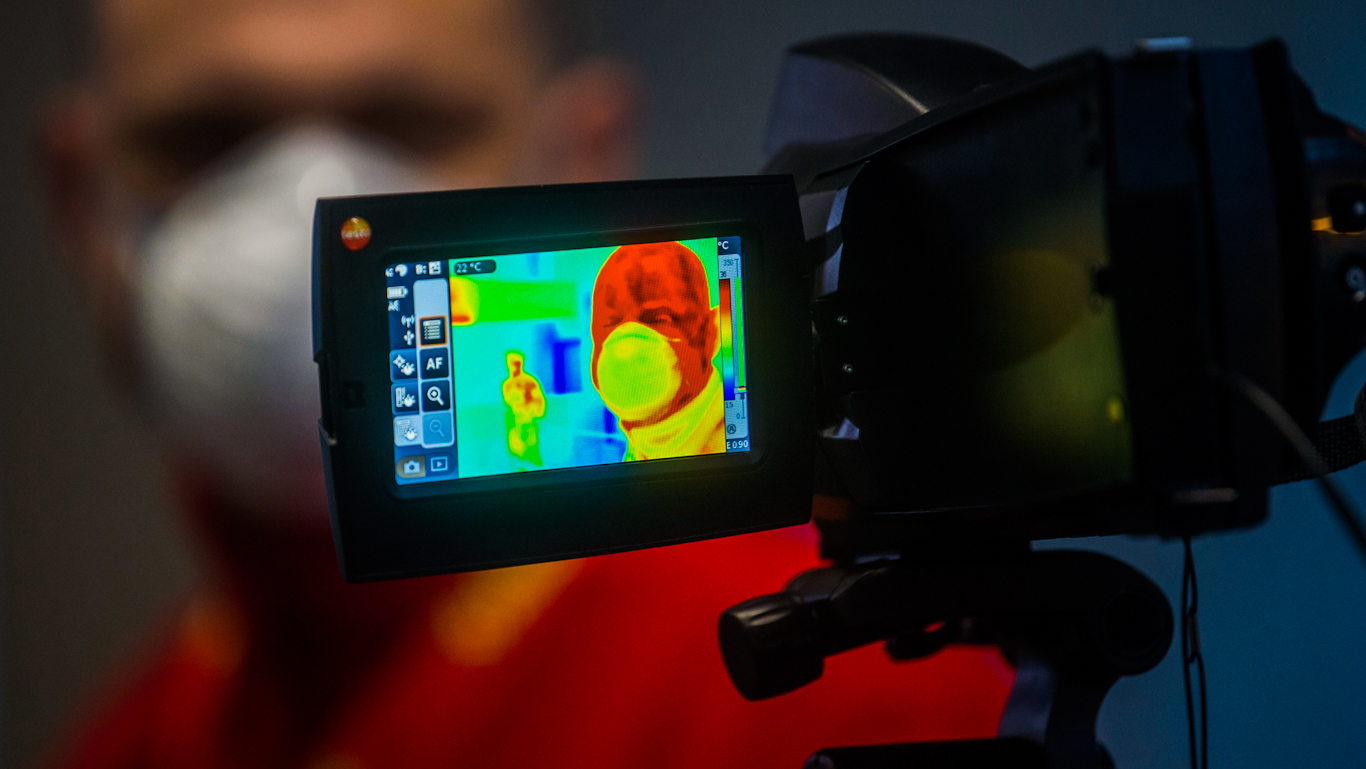 Above Photo: A person is checked with a thermal imaging camera as precautionary measures against the spreading of novel coronavirus, at Budapest Liszt Ferenc International Airport in Budapest, Hungary, Feb. 5, 2020. Zoltan Balogh | MTI via AP

Despite praise from the World Health Organization for its handling of the coronavirus, China has been derided by Western media and politicians alike over nearly every aspect of its response.

Starting in Wuhan in December, the coronavirus outbreak has spread across China, infecting around 64,000 people and worrying the rest of the world. Fueling the panic, media have been printing alarmist scare stories and politicians peddling false information.

One prominent example of this is Arkansas senator Tom Cotton, who claimed that the virus was actually developed by the Chinese government. Wuhan, he stated, “has China’s only biosafety level-four super laboratory that works with the world’s most deadly pathogens to include, yes, coronavirus.” He also claimed that the outbreak is “worse than Chernobyl,” referring to the 1986 nuclear meltdown in Ukraine. “The Wuhan coronavirus is a catastrophe on the scale of Chernobyl for China, only Chernobyl was localized. The coronavirus is spreading worldwide,” he said, adding that in one day “confirmed cases increased in China by 30 percent. The true numbers are likely much higher.”

Cotton’s remarks were condemned as unhelpful, at best, and dangerously alarmist fake news, at worse by health authorities. Experts have had to take time off from fighting the virus to debunk his super laboratory conspiracy theories. On the supposed huge increase in cases, Dr. Michael Ryan, the head of the World Health Organization’s (W.H.O.) health emergencies program, said there was a far more mundane explanation for the change in numbers; “This increase that you’ve all seen in the last 24 hours is largely down to a change in how the cases are being reported,” he told media.

The Chinese government has also expressed its consternation at Cotton’s views. “It’s very harmful, it’s very dangerous to stir up suspicion, rumors and spread them among the people. For one thing, this will create panic. Another thing, that it will fan up racial discrimination, xenophobia, all these things that will really harm our joint efforts to combat the virus,” said Cui Tiankai, China’s ambassador to the United States. “Of course, there are all kinds of speculation and rumors… How can we believe all these crazy things?” he added.

Western media have continually scorned China for its handling of the crisis. The BBC claimed that “Chinese authorities are trying hard to control the narrative” and asked, “can we trust the numbers” from the government. But in reality, the W.H.O. has exalted China as a model of openness and dedication to eradicating the virus, sharing as much genetic and logistical information as possible with partners and organizations. It also managed the Herculean task of building two huge hospitals to house patients in a matter of days. Dr. Ryan stated that he and the W.H.O. Director General Dr. Tedros Adhanom Ghebreyesus had, “never seen the scale of the commitment of an epidemic response at this level…The challenge is great but the response has been massive and the Chinese government deserves huge credit,” personally thanking them for their unparalleled effort.

Despite this, the U.S. government has declared itself “disappointed” with China’s supposed defensiveness. “We thought there was better transparency coming out of China, but it doesn’t appear to be,” White House economic advisor Larry Kudlow said.

While #China‘s dealing with the #coronavirus, some US politicians and mainstream media manipulate things for their own benefit @dancohen3000 pic.twitter.com/RP5GzJ3g7b

The W.H.O. did make some strong criticisms regarding the outbreak. However, these were reserved for the media, the organization declaring that alongside the medical global emergency, there was also a “massive ‘infodemic’ – an overabundance of information – some accurate and some not – that makes it hard for people to find trustworthy sources and reliable guidance when they need it.”

As the virus has spread, so has anti-Chinese racism. In a similar fashion to how Ebola was racialized as an African plague, news of the coronavirus has led to an outbreak of anti-Chinese sentiment across the West, with Chinese restaurants in Europe experiencing decreased business and people of Chinese ancestry all over the world reporting an upsurge in xenophobic and bigoted comments leveled at them. MintPress reported on the phenomenon last month.

Chinese people don’t attend rallies, they “descend” upon them

As of Friday, there have been 64,435 confirmed cases in 25 countries, resulting in 1,383 deaths, all but two in China. This means that only two percent of those who have contracted the virus have died. While certainly a serious cause for concern for health authorities, it pales in comparison to other, more mundane illnesses. For example, the U.S. government estimates that during the winter of 2017-8, over 800,000 Americans were hospitalized with influenza, with 61,000 deaths.

Reminiscent of the coverage of the SARS outbreak in 2003 or 2014 Ebola virus, media and politicians have hyped up the threat levels of a foreign virus for their own ends, creating pandemics of fear and xenophobia to accompany the real but limited medical outbreaks. The coronavirus is serious enough without the pandemic of scaremongering that has come with it.