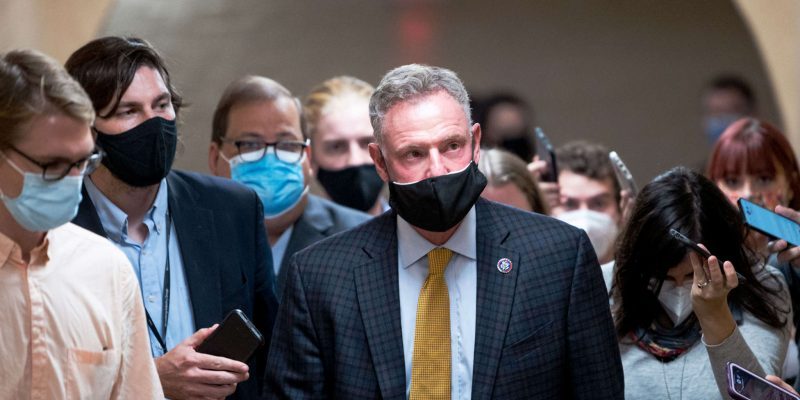 Under the Build Back Better Act, Congress can expand and strengthen Medicare and Medicaid, improving the lives of millions of seniors while also throwing a lifeline to folks living in states where GOP politicians are strangling public benefits.

But to win these popular reforms, we have to defeat the efforts of Big Pharma, their greedy lobbyists and the politicians who take their money.

It wasn’t enough for Democratic Representatives Kurt Schrader of Oregon, Scott Peters of California, Kathleen Rice of New York and Stephanie Murphy of Florida to vote against a robust bill that would allow Medicare to negotiate drug prices, the Lower Drug Costs Now Act (H.R. 3). These politicians — compelled by their unhappy corporate donors — tried to derail efforts to lower the cost of prescription drugs by introducing a toothless alternative in a pathetic public stunt to appease the industry. Their bill excludes most drugs, letting Big Pharma continue to price-gouge.

This was a coup for corporate interests. The savings from the Lower Drug Costs Now Act will provide funds to let Medicare cover dental, hearing and vision care, and to expand Medicaid. But by taking the side of greedy lobbyists, this handful of contrarians dealt a huge blow to President Joe Biden’s Build Back Better agenda and put the health and well-being of millions of working-class and poor people in jeopardy.

Representatives in the pockets of the corporations — which spent $18 million since July on ads opposing drug price negotiations — are trying to pit Medicaid against Medicare by saying we cannot afford to do both.

This is a false choice. We can and should expand both. Yet wealthy CEOs and greedy lobbyists are posing a false dilemma by trying to force Congress to choose one or the other.

But grassroots voices from across the country are fighting back.

A few weeks ago, my organization, People’s Action, held a direct action in front of Pharmaceutical Research & Manufacturers of America (PhRMA) headquarters in Washington, D.C. alongside Independent Vermont Sen. Bernie Sanders and our allies where we shared stories of real people in pain thanks to Big Pharma’s greed. PhRMA is the third-largest lobbying organization in the country, and represents companies like Gilead, Johnson & Johnson, Pfizer and Merck & Co., which place misleading ads and spend millions more in dark money and direct campaign contributions to keep drug prices high.

At the rally, we told Judy Cross’s story. Cross lives in Idaho and has worked as a nurse for 51 years. Now, at 74, she relies on an oxygen tank and is unable to travel or see her grandchildren because she cannot afford her $10,000 per month medications to treat pulmonary fibrosis. She has a life expectancy of three to five years without the medication that she can’t get.

We also shared Joey Izaguirre’s story. Facing health issues, Izaguirre lost his job and shortly after was diagnosed with diabetes. He couldn’t afford insulin, doctor’s visits and equipment to test his blood, and rather than continue to feel like a burden on his family, he took his own life.

These stories are horrific, and they are only two of so many others. Pain, suffering, further health complications and even death are the costs that people in our country pay for Big Pharma’s greed. So we aren’t stopping.

Recently, People’s Action released a new report with Dēmos that spells out the corporate sabotage of democracy and the plot to kill the Build Back Better agenda. It coincided with a day of action on which 13 of our member organizations held direct actions in states from Colorado to West Virginia, holding these same corporations or the entities that represent them to account and exposing their role in undermining the progressive agenda our communities need.

Corporate influence over Congress is no secret. Companies like JPMorgan Chase, Anthem Blue Cross Blue Shield and Exxon have spent millions in lobbying to derail popular, progressive investments in our communities.

For example, the American Dental Association recently pushed for means-testing as a way to restrict access for seniors to dental, hearing and vision benefits in Medicare.

Adding these benefits to Medicare, which is part of the Build Back Better plan, would be critical for millions of seniors. Carmen Betances could not afford the preventative dental visits she needed years ago. So today, she needs $8,000 tooth implants to prevent more pain, infections and lost teeth. She has no idea how or if she will afford the care she desperately needs. Her story is common: Almost half of all Medicare beneficiaries go without dental care, and those rates jump when it comes to seniors of color, like Betances.

Big Pharma is orchestrating this horror story. While PhRMA presses corporate Democrats to put profit before people and weaken Medicare drug price negotiations, organizations like the American Dental Association are squeezing the same elected officials to limit care. The result? It will be harder for seniors, particularly seniors of color, to stay healthy.

But these conservative Democratic sellouts are only considering cutting dental, vision and hearing because there wouldn’t be enough savings from the watered-down drug price negotiations to pay for them. Drug companies think they have us cornered, and they are gearing up to pounce.

That’s why our elected officials need to stand up to Big Pharma. The health and well-being of millions of people like Cross, Izaguirre, and Betances is at stake.