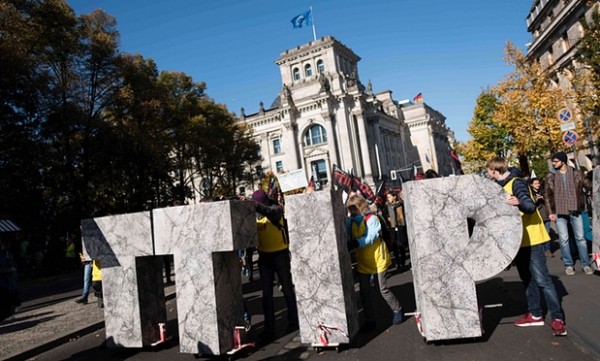 Corporate Tax Avoidance Could Get Worse Under Trade Agreements

Corporations are regularly using secretive corporate courts to undermine the ability of countries to pass effective tax legislation, according to a new report,Taxes on trial: How trade deals threaten tax justice. The report warns that if the free trade deal being proposed between the EU and the USA were to come into force, it would massively increase the ability of corporations to sue member states of the EU over measures such as windfall taxes on exceptional profits, or use of taxation as a policy instrument such as a possible ‘sugar tax’.

The report, published by Global Justice Now and the Transnational Institute, shows that corporations have used the ‘investor protection’ provisions of a variety of different trade deals to sue at least 24 countries from India to Romania over 40 tax-related disputes, and in some cases been able to successfully challenge and lower their tax bills. This investor protection is controversially an integral part of current free trade deals being negotiated between the EU and the USA (TTIP) and the EU and Canada (CETA) and is formally known as investor- state dispute settlement (ISDS).

Corporate tax evasion has become a growing public concern with media revelations of the tiny payments made by multinational giants such as Facebook and Google. Tax breaks cost developing countries as much as $138bn a year, money needed for healthcare and other critical public services. The report argues that under TTIP,  if the UK or other member states of the EU, tried to introduce tax practices with social or environmental benefits that meant that companies had to pay more, they could be subjected to a law suit in a closed door ‘corporate court’ that could result in damages of billions of pounds being awarded to the company.

The report examines a number of case studies in more detail:

The report also shows that supposed tax ‘carve-outs’, written into a trade or investment treaties, have not succeeded in stopping taxes being challenged and defeated.

The report is being released just before the next round of TTIP negotiations are due to begin in Brussels (22 – 26 February) when the negotiations on the investment chapter are officially due to resume. ISDS continues to be the most controversial aspect of the trade deal, to the point where the European Commission have been forced to propose an alternative system, which has been met with disdain from the US negotiators and business lobby. The biggest professional body of German judges recently said that there was “no need, nor legal basis” for the Commission’s proposal.

A number of civil society groups have written to prime minister David Cameron expressing similar concerns to those raised in the report and asking him to halt the TTIP negotiations.

“Despite the enormous public outcry over companies like Google and Amazon paying ridiculously small amounts of tax in the UK, the government is trying to sign us up to a trade deal that could effectively prevent us from bringing about laws that could address tax injustice. The ability to enact effective and fair tax systems to finance vital public services is one of the defining features of sovereignty. The fact that multinational companies would be able to challenge and undermine that under TTIP is testament to the terrifying extent of the corporate grab embedded in this toxic trade deal.”

“The evidence of the dangers of these investment deals continues to mount. Not only do they affect health and the environment and cost taxpayers millions in legal fees, this report shows they also affect the ability of governments to tax corporations effectively. This is yet more money lining the pockets of corporate executives stolen from the public taxpayer. New trade deals such as TTIP and CETA have to be stopped and the public interest defended.”

The troubled history of ISDS