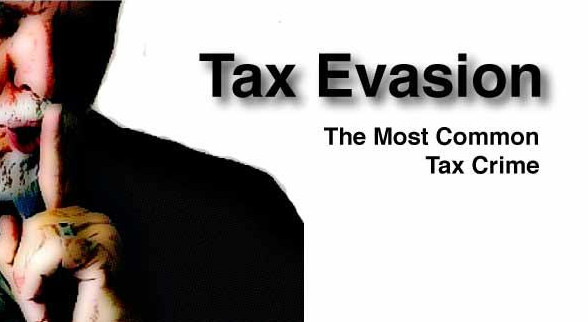 Washington D.C. is now singularly focused on tax reform. Lobbyists are in a “frenzy” over the GOP-led effort to rewrite the nation’s tax code. Republican lawmakers, desperate to pass at least one major piece of legislation before the end of the year, have put all their eggs in the tax reform basket: one congressman said this week that donors told him he should never call them again if the legislation isn’t passed. The effort to bring to fruition the GOP’s promise of a $1.5 trillion tax cut is now an around-the-clock effort on Capitol Hill. Even the parties are tax-themed.

Next week, 600 congressional staffers, lobbyists and think tank employees, as well as Vice President Mike Pence himself, will get together for an annual tradition that is imbued with extra significance this year: the Tax Foundation’s annual gala, known as “Tax Prom,” brought to you by 61 corporations very interested in seeing their tax bills reduced.

The Tax Foundation, a non-profit tax policy think tank founded by Depression-era industrialists, has been holding its annual dinner since 1937, which it calls “tax world’s most celebrated event of the year,” on its website. This year’s Tax Prom, scheduled for Nov. 16, will honor Pence with a Distinguished Service Award. Last year, the event drew 196 congressional staffers and nine members of Congress, according to the Tax Foundation.

A single general admission ticket to Tax Prom costs $750. A table can run from $18,000 to $35,000. Of course, these prices are pocket money for the event’s corporate sponsors, which include some of the biggest companies in the world and some of the biggest spenders in Washington, including ExxonMobil, United Technologies, Verizon, Pfizer and Boeing, to name just a few.

Sixty-one companies spent a total of $1.1 million sponsoring Tax Prom, and many of them have huge off-shore holdings, according to the Institute on Taxation And Economic Policy, another non-profit tax policy think tank. Twenty-three Tax Prom corporate sponsors have a combined $800 billion parked offshore in at least 1,075 tax haven subsidiaries, according to an ITEP analysis provided to International Business Times. Congress’s Joint Committee on Taxation has estimated that U.S. companies are currently holding a total of $2.6 trillion offshore to avoid paying taxes to Uncle Sam.

The House’s tax bill includes a provision that would offer a one time reduced tax rate, called a repatriation tax, for companies bringing that cash home. (The Senate’s companion bill is scheduled to be introduced Thursday.) While the current corporate tax rate is 35 percent, a number Republicans want to lower to 20 percent, the one-time repatriation rate would be just 12 percent for cash brought stateside, and five percent for non-cash holdings transferred home. The goal of such a tax rate is to encourage companies to bring their cash home and invest in the U.S. But it would also amount to a huge tax break for those companies.

“The repatriation tax break in the House tax plan would be a major windfall for companies,” Richard Phillips, a senior policy analyst at ITEP, told IBT in an email. “Pfizer alone could see a tax break of at least $26.7 billion from just this provision. It is outrageous that lawmakers are proposing to reward precisely those companies that have been the biggest offshore tax dodgers.”

If the 12 percent tax rate is applied only to the $800 billion held offshore by Tax Prom sponsors, those companies would receive a $150 billion tax cut against current corporate rates, according to ITEP, which included an exemption on foreign tax credits when making its calculation.

The repatriation tax break is not a new idea. In fact, one was enacted a little over a decade ago. In 2004, Congress allowed companies to bring back their profits to the U.S. under a tax rate of roughly five percent. The IRS calculated 843 companies took advantage of the tax break and brought $312 billion to the U.S.

The Tax Prom’s 61 corporate sponsors are not new to mixing with the K-street crowd. Together, they handed out $110 million in campaign contributions during the 2016 election cycle and spent $290 million on lobbying in 2016, a total they are poised to surpass this year: through three quarters in 2017, they have already spent $272 million on lobbying, according to ITEP calculations.