Could A Risky Pipeline Bring Together A Politically Divided State?

“This project threatens some of our most basic American values; I think you’ll find the people in Pennsylvania care a lot about public safety especially of their most vulnerable residents – children and seniors.

Back in 2015, then President Barack Obama stopped the construction of the XL pipeline and the national environmental movement took a long victory lap. The wider movement of people who don’t follow day to day environmental issues congratulated themselves with a pat on the back and went back to MSNBC. They had won, and even during the Obama administration victories were few and far between. But that didn’t mean that the pipeline story was over.

This weekend the fight continued in the quaint town of West Chester, Pennsylvania. West Chester voted for Hillary Clinton in 2016 but the congressional district it’s in went for the Republicans. Pennsylvania of course, went for Trump in 2016. The cities, Pittsburgh and Philadelphia went for Hillary but the middle of the state went a deep red. A lot of that vote was because of oil and gas which has over the last decade become a major employer in the state thanks to fracking.

Speaking at the rally was Food and Water Watch’s Executive Directorm Wenonah Hauter. When I broached the subject of the Keystone Pipeline and the loss of media attention on the pipeline issues she told me, “I think that sometimes especially in the national media we see a lot of discussion about a big pipeline like that, I think there are more people everyday getting interested in fighting pipelines, especially since it’s so clear that the oil and gas industry have a scheme to really criss-cross the nation to create a market for fracked gas.” 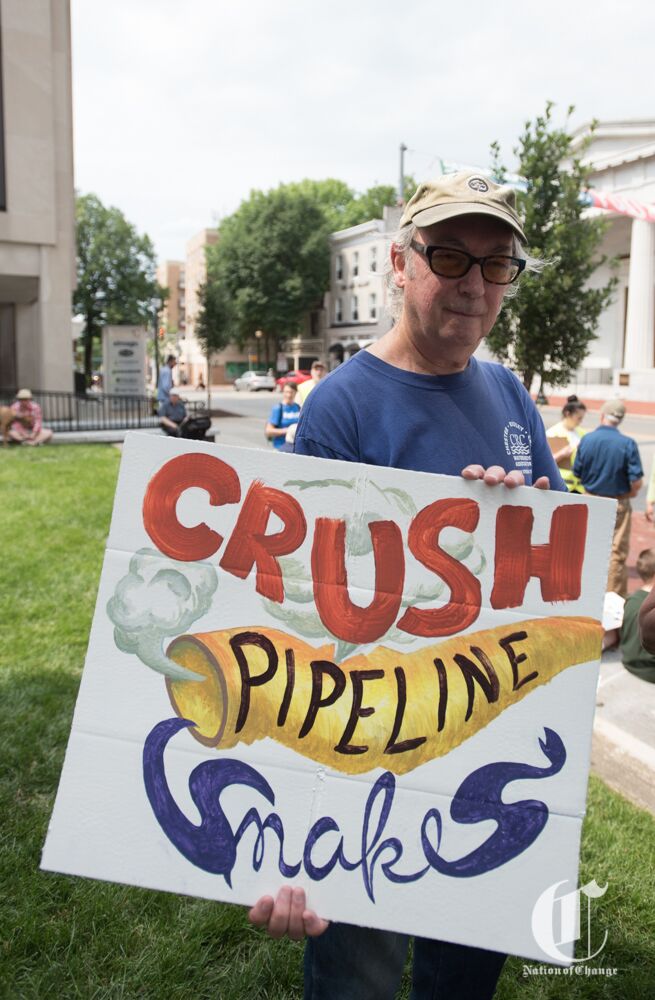 The several hundred citizens that rallied against the Sunoco pipeline in front of the historic Chester County Courthouse this past weekend were made up of Republicans and Democrats. In this time of politics when the two parties in America can’t find anything to agree on, this small corner of an important 2020 swing state might just have found something that voters can come together to support.

On this sunny, Saturday afternoon they were calling for a complete end to the Sunoco Logistics Mariner East pipelines. According to Food & Water Watch “the 350-mile pipeline would carry highly volatile liquid ethane, which would be catastrophic in the event of a leak or explosion.” The pipeline is planned to run through schools and neighborhoods. While like the Keystone Pipeline is endangers people’s water supply this pipeline risks the immediate lives of many small towns that it runs through.

Virginia also told me that the local Department of Emergency Services aren’t prepared. They haven’t received the information that they need from Sunoco to respond in case of an emergency, something that in light of the recent pipeline explosion in West Virginia is all the more frightening. 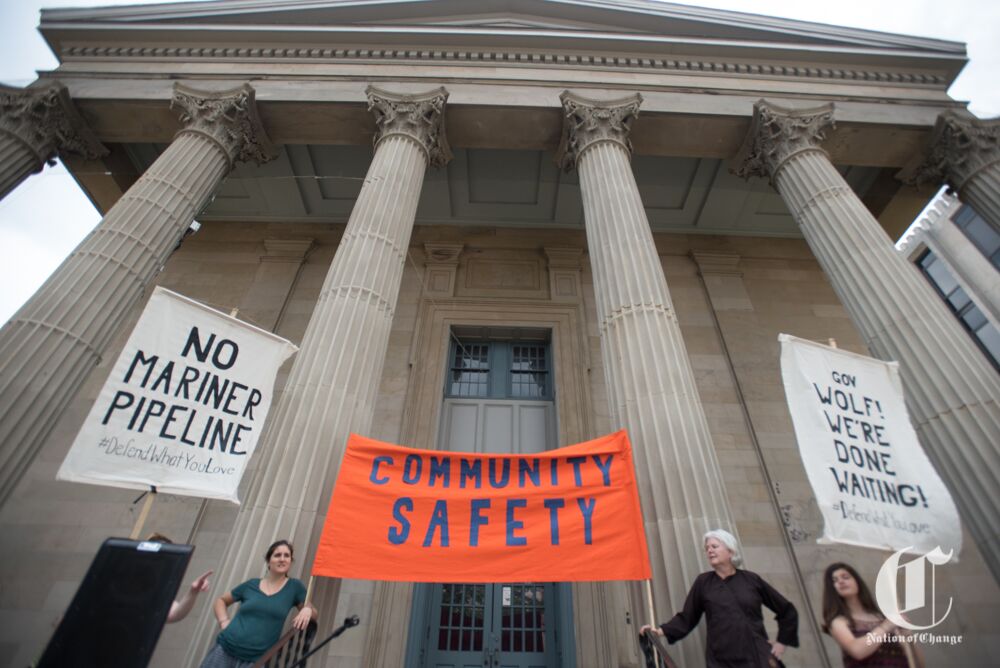 Eric Friedman of the Middletown Coalition for Community Safety made the argument that this pipeline, and especially the way that Sunoco was going about doing it was un-American. He said, “This project threatens some of our most basic American values; I think you’ll find the people in Pennsylvania care a lot about public safety especially of their most vulnerable residents – children and seniors. They care about their property values and they care about their constitutional property rights… this project has managed to threaten all of those core fundamental values at the same time.”

Talking to dozens of residents around the North East on pipeline issues this was a common theme, they felt that the idea that a corporation could come in, take their land and risk their air and water was not something within American values. Sadly looking at history it is, but when such things happens in communities it tends to bring them together. That’s something that local State Senator Andy Dinniman brought up when I chatted with him. I introduced myself as working for a progressive news site, NationofChange.org. which got him on a rant about pipelines and being progressive.

“Something that progressives need to understand, that this cuts across party labels and it cuts across the progressive conservative line that is sometimes drawn. For example, some of the greatest opponents of the pipeline are Tea Party people because of the issue of eminent domain and government coming in and taking the land. We can’t be isolationists in our progressive ideology. We need to explain it and we need to show people how it’s in their interest, and when we do so, we’ll succeed.” 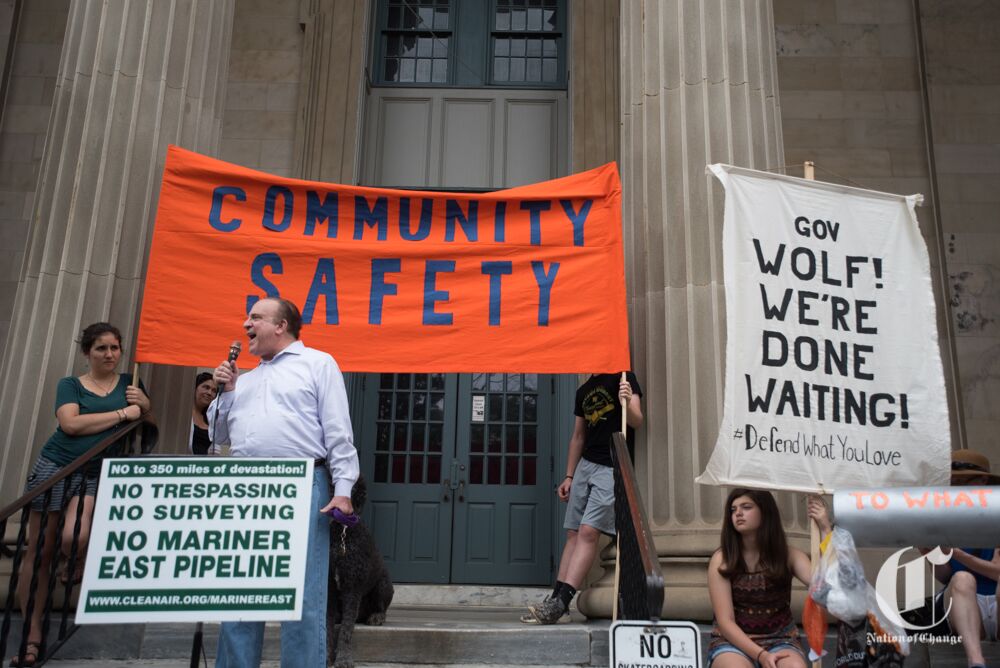 While he didn’t hold out too much hope for Trump stepping in and bargaining a deal in West Chester, he did certainly make a good point about the need to find issues that we can reach across political aisles and backyard fences to come together on. 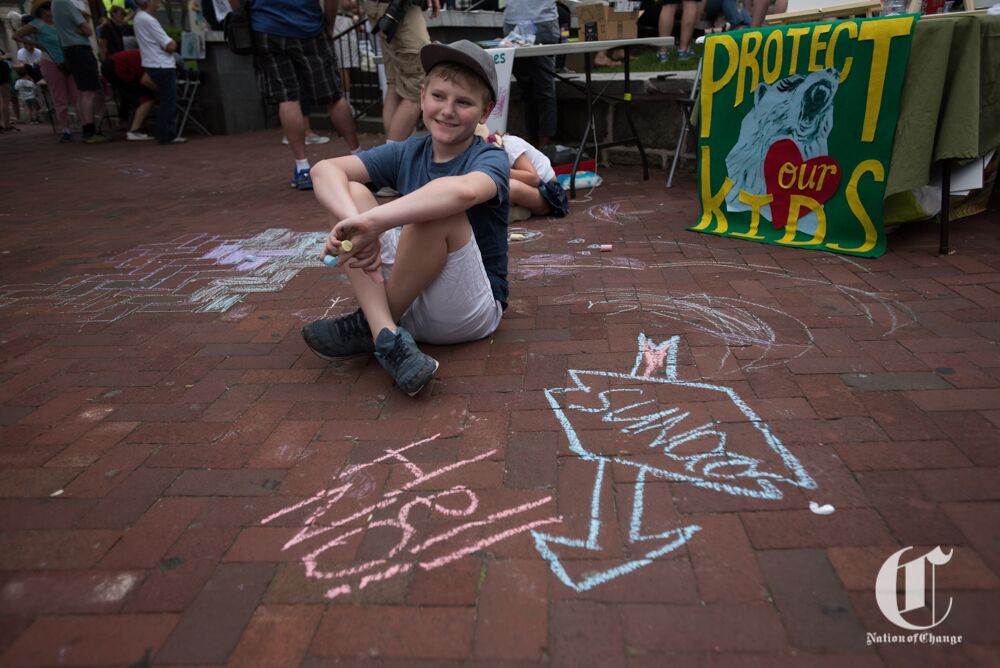