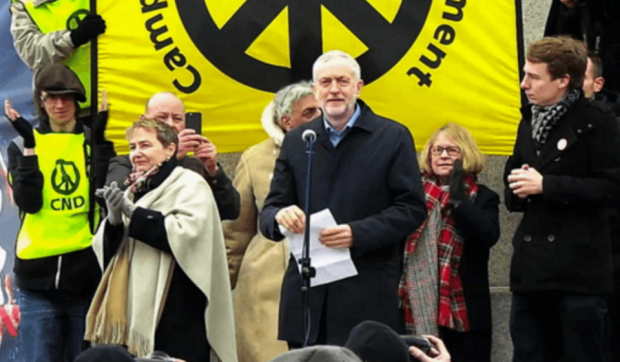 Note: Jeremy Corbyn had been rising quickly in polls for the snap election UK Prime Minister Theresa May called for June 8, 2017. The election’s normal schedule would have been May 7, 2020. May saw an opportunity to strengthen her majority in Parliament and pushed for an early election. Labor leader, Jeremy Corbyn, looked like he was in a weak position but during the brief campaign he has shrunk May’s 20 point lead down to five in some polls.

A May 31, 2017 YouGov poll found that there could be a hung Parliament with May’s control of Parliament wiped out. Further, Corbyn, if he allied with a smaller party like the Scottish Nationalists could even form a government. This is the first poll to make such a finding but is no doubt sending shockwaves throughout the United Kingdom. Even before the YouGov poll, the conservatives were nervous. The method of polling used by YouGov predicted the Brexit vote.

Two days before the poll the Conservatives admitted that Labor would take the lead in some polls and they were going to relaunch their campaign, after a disastrous initial launch. Their internal polling must be terrible. On the same day as the YouGov poll, Corbyn announced he would join a debate on Wednesday night with all the other candidates and taunted May to join the debate as well. This could be a lose-lose for May, either she reverses herself showing that her claim of being “steady” is once again false, joins the debate even though she is a poor debater or sits out the debate and becomes the target for all participants.

The Manchester suicide bombing interrupted the campaign and seems to have slowed his momentum and changed the focus of the election from the domestic economy and May’s austerity programs to security. Corbyn has made the common sense argument that Britain’s war policy contributed to the bombing, while May has played the role of hawk in the election. One of the campaign advisers hired by May was Jim Messina, Barack Obama’s campaign manager in 2012. Corbyn is running on a progressive manifesto which some have hailed as a model for a worldwide left political movement.

There will be no debate between the two candidates because May has refused to debate Corbyn. The closest to a debate has been separate interviews on live television. KZ

Can The Impossible Happen In Britain?

To state the obvious: two weeks can be a long time in western electoral politics.

The Labour party under Jeremy Corbyn has been gaining steadily in the opinion polls, despite a massive media campaign to undermine him, extending from the BBC and the supposedly “liberal” Guardian to the UK’s famously ghastly tabloids. When Theresa May called the election, Labour was 20 or more points behind the Conservatives, but this figure was down to as little as 5 points in some polls conducted before the Manchester bombing atrocity occurred.

The policies put forward in Labour’s manifesto are popular (especially when they are not identified as Labour’s!), Corbyn has been an effective campaigner, but Labour has also been aided by a woefully inept Tory campaign.  The Tory spin doctors and election strategists somehow convinced themselves that the largely untried Theresa May was their trump card, so much so that only her name (accompanied by the vacuous slogan “strong and stable”), and not her party affiliation, featured on their election propaganda.

While the hunch behind this decision of the election strategists was probably the marketing of May as a Thatcher Mark II, she has been a disaster so far.  A stodgy performer in debate, famously unable to think on her feet, May refused to take part in televised debates.  Her few attempts at “connecting with the public” have seen the wheels come off the proverbial car.

She scuttled off rapidly when booed on a visit to a social-housing estate in Bristol– people living in social housing have been under an unrelenting cosh since Thatcher became prime minister in 1979, and only someone in a fantasy conjured-up by Lewis Carroll would envisage a Tory leader being greeted with warmth and affection on a visit to such an estate.  Someone on May’s support team needs to be sent forthwith to a dungeon in the Tower of London for this Carrollian mishap.

Another walk-about in Abingdon (Oxfordshire), potentially less hostile territory, saw May confronted by a voter with learning disabilities visibly upset at having her disability benefit cut by the Tories.  The easily flustered May, seemingly unable to distinguish between learning disabilities and mental health issues, sought desperately to reassure the distressed voter that the Tories had a bunch of new initiatives on the latter.  The massed TV cameras recorded the entire episode, and May became an immediate object of derision.  She retired to her bunker at Tory HQ, and has not been seen in public since.

May’s two one-on-one television interviews have likewise been a disaster.  UK TV interviewers, even those not known for their leftist inclinations, are a much less calmative bunch than their American counterparts (the Orange Swindler would not last 60 seconds with the routinely ill-disposed and aggressive Jeremy Paxman), and May suffered her predictable meltdown.  The sight of her waffling and prevaricating when interviewed by Andrew Marr and Andrew Neil while trying to pull-out her “strong and steady” soundbite as often as possible, was utterly delicious to behold.

So, what’s next for the maladroit May?  TV debates are out, and so it would seem are walk-abouts and one-on-one interviews.  The halt to campaigning observed by all parties after the Manchester carnage has given her some breathing space, but it is hard to see what can be improvised by her handlers.

Theresa May apart, the Tory manifesto has also been a hostage to misfortune.  A grab-bag of vague promises and uncosted policies, it soon suffered from media scrutiny.  The manifesto, and the accompanying vapid sloganeering, are thinly disguised attempts to deflect attention from the one big issue the Tories can’t campaign on and must therefore keep out of public view, namely, the cruel and irresponsible austerity policy they have pursued since 2010.  In parliament, May has voted for every legislative item underpinning this policy, despite touting herself as a “compassionate Conservative”.  Here in the manifesto we are told: “We do not believe in untrammelled free markets. We reject the cult of selfish individualism. We abhor social division, injustice, unfairness and inequality”.  They could have fooled me, and perhaps this was the Tory intention.

Paraded as “fiscal prudence”, Tory austerity has been quite the opposite.

The UK economy has grown since 2010, but, according to the Guardian, 7.4 million Brits, among them 2.6 million children, live in poverty despite being from working families (amounting to 55% of these deemed poor) – an increase of 1.1 million since 2010-2011 (i.e. the first year of austerity).

The report discussed by the Guardian, produced by the reputable Joseph Rowntree Foundation (JRF), shows that the number living below the Minimum Income Standard – the earnings, defined by the public, required for a decent standard of living – rose from 15 million to 19 million between 2008/9 and 2014/5.  The UK’s population is 65 million.

These 19 million people, or just under 1/3rd of the UK’s population, are its “just about managing” families (JAMs).

“Failures in the housing market are a significant driver of poverty,” the JRF study said. “This is primarily, but not entirely, due to costs.”

According to an article by Frances Ryan in the Guardian:

For a government to cut in-work social security, reduce child tax credits and freeze working-age benefits in this climate is the equivalent of knowingly removing the life rafts from the millions of citizens who are struggling to stay afloat. Drowning comes in many forms: perhaps eviction notices or hungry children. The Children’s Society says that by 2020, when all the new tax and benefits changes will have been implemented, low-income families making a new claim for support could be up to £9,000 worse off a year. The government’s four-year freeze on working age benefits alone will make four million families poorer.

Social care has become increasingly unaffordable for these struggling families, the NHS is starting to charge for treatment as it undergoes a stealth privatization, they have fewer opportunities for upskilling in order to raise their incomes, and so on.  This while their wages are stagnant even as the cost of living is increasing for them.

“Austerity” always was a hoax attempting to magic the banking-induced crisis of 2007-2009 into a crisis of the welfare system.

It has nothing to do with the “deficit”— if it did, Cameron and Osborne would have serious steps to reduce the “deficit”, instead they chose policies that increased it.

Their public position is that ordinary UK citizens are “living beyond their means”, thereby using this as a subterfuge to get the ordinary citizen to pay for the bankers’ fecklessness and criminality.

So far, no politician from any party has stood up and said it is the stock-portfolio class, and not ordinary Ukanians, who live beyond the Ukay’s means!

With the ideological dragooning supplied in endless doses by the rightwing tabloids, the “slackers” and “scroungers” always seem to be the not so well-off or totally indigent, as opposed to predatory bankers and avaricious landlords.  The former tend not to vote under the present electoral system because nothing really changes for them come election-time, while the latter make a point of donating generously to the Tories in order to safeguard their gravy trains.