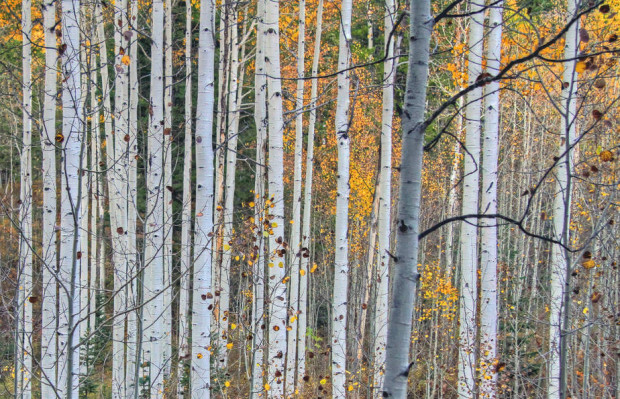 Above Photo: The Interior Department quietly edited its climate change page last month, removing an extensive discussion of the effects of global warming. It’s now being targeted by FOIA requests as part of an effort to have the information restored. Credit: Eric Greenwood/U.S. Forest Service.

Three groups are putting a new open records rule to the test to bring back climate change information removed by the new administration. They just might succeed.

As Donald Trump‘s administration continues to strip climate change information from federal websites, two advocacy groups and a conservation biologist are using a novel technique to try to force the government to republish the pages.

A new provision in open records law, added by Congress last year, requires agencies to publish electronically any information that is requested at least three times through the federal Freedom of Information Act, so long as that information is not otherwise exempt from disclosure. Last week, the advocacy groups and the biologist submitted identical requests for climate change information, hoping to trigger that provision, and they just might succeed.

“The law is pretty explicit,” said Aaron Mackey, an attorney with the Electronic Frontier Foundation, a nonprofit that promotes transparency. “The law just says, if you get three, then you have to affirmatively disclose it. This should work.”

The effort by the Center for Biological Diversity, the Center for Media and Democracy, and Stuart Pimm, a professor at Duke University, is the latest in a broad campaign by scientists and advocates to cache federal data about climate change and other topics that they fear may be deleted by the Trump administration.

Volunteers have gathered for massive “data rescue” events to download information. Advocates have sued. Now, the groups are trying to use the Freedom of Information Act and the new provision to get the government, starting with the Interior Department, to re-post its old climate change webpages.

Last month, the Department of Interior quietly edited its climate change page, removing an extensive discussion of the effects of global warming and the department’s work on the issue and replacing it with two short paragraphs that do not discuss any details of the impacts of climate change. Instead, it provided links to its bureau’s climate change pages, including the page of the Bureau of Land Management,  which no longer exists, and others that have been edited.

“The changes basically remove any information about the causes of climate change, most notably mankind’s contribution of greenhouse gases to the atmosphere,” said Amy Atwood, a senior attorney at the Center for Biological Diversity. “It’s just absurd.”

Paul Ross, a spokesman for the Interior Department, said in a statement emailed to InsideClimate News that “the Department’s website has been updated periodically over the past few months to include additional priorities of the Department under new leadership.” He declined to address the public records requests.

The department has 20 business days to reply to the requests. Atwood said her group would appeal if the requests are denied.

The new requirement in the open records law was an attempt to codify what has long been considered best practice, Mackey said. The overarching goal of the Freedom of Information Act, or FOIA, is to make government more transparent, so it encourages agencies to publish information that is frequently requested or may be of broad interest, such as administrative decisions. Many agencies, including the Interior Department, have online “reading rooms” where they make such documents available.

Mackey said that while the spirit of the law implies that agencies should publish information that’s requested three times in an easily accessible area, like an online reading room, it contains no explicit direction beyond requiring them to make it “available for public inspection in an electronic format.”

After the EPA removed its climate change page, it published an archived version following a series of FOIA requests. But it also removed links that would have made that archived page easy to find from the EPA’s homepage. Atwood said the groups would use the same FOIA tactics to retrieve the information if the EPA deletes the archived page, or if the EPA or any other agency removes similar information.

This isn’t the first time the groups have attempted to use the FOIA provision. In March, they submitted requests to eight federal agencies seeking hundreds of environmental data sets out of concern that the Trump administration would remove them from public view.

Atwood said they’ve gotten a range of responses so far. The Department of Agriculture has been working with them to try to identify and publish the data, she said, while others have simply rejected their requests or claimed—sometimes erroneously, according to Atwood—that the data was already published. The group is currently preparing to appeal those denied requests, and ultimately will go to court if the appeals fail.

The Center for Biological Diversity has also used more conventional FOIA requests to try to pry loose documents from the Trump administration, including records regarding whether leaders at several agencies directed their staffs to stop using the term “climate change.” Last week, the group sued the EPA in attempt to compel it to release emails and a schedule for its administrator, Scott Pruitt, after the agency denied a request seeking those records. Atwood said she expects to file an average of one lawsuit each week as the group’s FOIA requests are denied.

“We’re really in a position to be able to pursue information from the Trump administration,” Atwood said, “and we’re doing it at every turn.