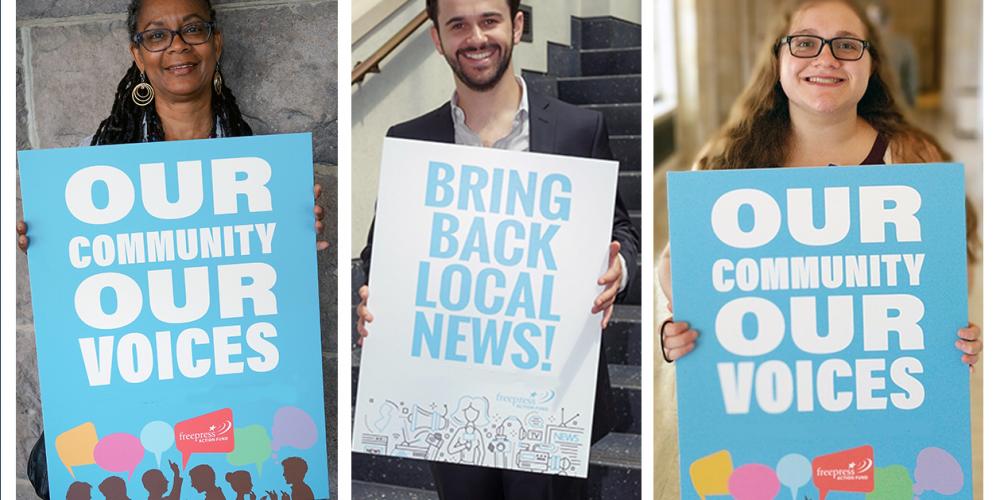 Americans, generally speaking at least, think it is right and good that they and their neighbors have access to books. And magazines and newspapers. And internet access when you need it. And places to sit and read. And a trusted source you can call when you have a question you can’t figure out the answer to.

These things cost money, and it’s unlikely the magic of the marketplace will find a way to make all of them universally accessible. So people in nearly every community nationwide have funded and supported these things called libraries. In many places, those libraries are funded by a special dedicated tax or fee, which goes to buy those books, pay for that internet access, keep the lights on, and so on.

Simon Galperin thinks a version of that model — which is also used for parks, airports, sewers, and lots of other public goods — can work for local news, too. He’s the leading force behind the Community Info Coop, an organization that wants to create what it calls “community information districts” nationwide, which would collect tax-like funding from residents use it to support local journalism and other information goods. And now his group is laying the legal groundwork to give it a try in New Jersey.

New Jersey communities have access to the state’s special improvement district law, but an info district has never been attempted under it. So the coop commissioned a law firm to examine the issue, and this report is the result.

So is it possible? It seems the answer is a tentative yes — though a local government should be prepared to defend its decision in a few ways.

Municipal ordinances are presumptively valid and will be upheld “[u]nless the challenger meets the heavy burden of showing the municipal ordinance is arbitrary, capricious or unreasonable.” Moreover, a court’s interpretation of such an ordinance would be guided by “the plain meaning of the language used by the municipality.” Most significantly, a court considering the validity of a SID [special improvement district] does not “pass on the wisdom” of a given plan, but rather decides “only whether the ordinance represents a reasonable exercise of the Legislature’s delegation of authority to municipalities.”

A CID [community information district] is established with the specific purpose of supporting a community’s local news and information needs and would operate in a manner similar to a SID. A CID is “funded by fees assessed on residents and business owners” in a given community and “overseen by a nonprofit, community-managed organization” the purpose of which is to “oversee and approve the funding of local news and information projects.” Such a district may possibly fund projects could include “launching or supporting print or online newspapers” and “building public wifi networks,” among other informational services.

The key may be “whether a municipality can establish the factual predicate necessary to support” a community info district. New Jersey’s law specifically cites “promoting economic growth and employment” and “programs to enhance their local business climates” as the purposes of special improvement districts:

Although CIDs are not directly concerned with enhancing a local business climate, one can plausibly argue that the benefits of establishment of such a district is facilitative of that objective by driving civic engagement. This argument would depend on establishing a sufficient nexus between this civic engagement and enhancing the local business climate consistent with local needs and objectives. However, a court may also conclude that the connection between a municipality’s information needs and local business climate is too attenuated to, by itself, justify creation of such a SID. The court may further conclude that a district only indirectly addressing the policy concern of enhancing the local business climate — and which also does not include any of the physical features conventionally associated with an SID — cannot be reasonably construed as consistent with the plain language of the statute and the expressed legislative intent.

In other words, we won’t know until someone tries and a judge makes a ruling. One potential alternative, according to the analysis: creating a community info district within an existing SID, which would make it significantly less vulnerable to legal challenge.

If Galperin’s idea is ever to take off — an idea I find pleasingly idealistic, if unlikely in most parts of today’s United States — it would take this sort of blocking and tackling, under 50 states’ disparate laws, to get going. If you want your state to beat out New Jersey for the first info district, I’m sure Simon would be happy to hear from you.

You can find the full report here.